a couple of months ago, one of the girls i met back in my knot days contacted me to do invitations for her husband's graduation party.  it was fun working with her again (i'd done place cards and stuff for their wedding, plus other party invitations since then), and she's always so sweet.

last week, after perusing my post about those dodger cupcakes, she contacted me to see if i could maybe squeeze in a few (or six) dozen cupcakes for the party.  feeling saucy and confident after my success with dodger blue, i happily accepted the order and threw out the idea of making little graduation caps in USC colors (don't kill me, amber.  you too, trish.) as that's where her hubby earned his degree.  i thought, dude.  those are just little squares with a dot in the middle and some sort of tassel-looking thingy.  easy, right?  and she asked to spell out "congratulations dr. lastname" as well.  that i knew was a snap.

and then i promptly forgot about it until the very day before i was to deliver the cupcakes.  oops.  so after i dropped the bean off at school, i got to work.  i busted out my gel food colors (maroon, burgundy, red red) and pulled out my ready-made fondant to knead the color in.  it'd been a while since i'd done it, and i forgot what a total pain in the ass it is.  my hands ended up looking like i'd just cleaned up a crime scene. 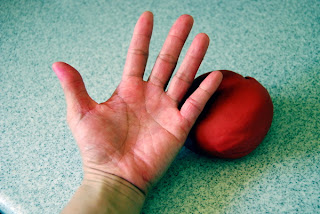 hmmm.  you can't really tell in that picture.  probably because my right hand was much worse off, but i wasn't about to risk the life of my camera by trying to take a picture of it with my less-than-dominant hand.  you'll just have to picture my other hand with big ass nasty splotches of red dye all over it.  or not.  whatever.

but it was worth it - after working with that fondant and adding a little dab of this, a tiny blob of that, it was finally the color i wanted. 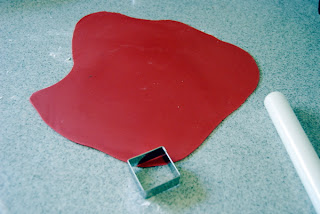 once i had all 51ish squares cut out, plus another 21 circles for the lettering, i mixed up a batch of my now-favorite corn syrup glaze and used a bit of gold and lemon yellow gel to get it the right shade. 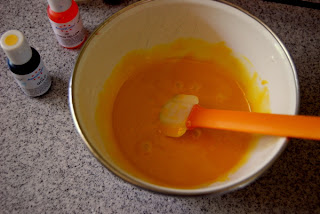 i was eyeing my bag of decorating tips and the lightbulb went on above my head as i spied the one for making "grass."  it would totally work for making a tassel, right? 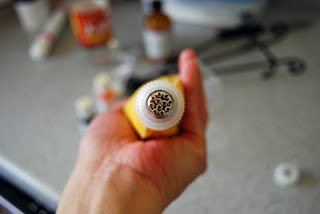 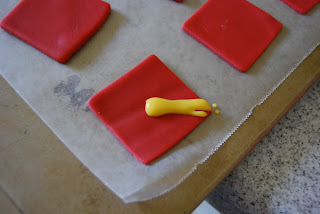 and then i thought i'd use a really small tip and just pipe out a few little lines connected at the top.  and that's a negative again, ghostrider. 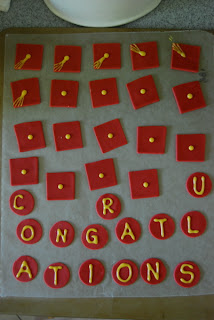 shit.  i'd already wasted half a dozen of my carefully tinted and cut out caps on this business.  as you can see, in my frustration, i skipped the others in favor of getting the lettering done.  i was so irritated.

and then i figured i'd just make one fat ass line and hope for the best. 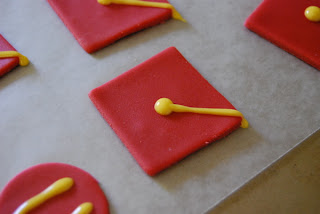 not too bad, i suppose.  as i often do, i posted a picture on twitter to see if people could tell what they were supposed to be and was pleased to find that it was easily recognizable.  whew.

and so next, i turned my attention to the red velvet cupcakes.  i used a tried-and-true recipe, making 1.5 batches of it to get the 3 dozen cupcakes i needed.  my kitchenaid bowl has never been this full before. 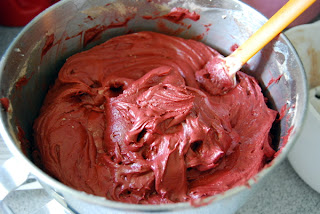 the batter was pretty stinking thick.  i was curious as to how it would turn out, but they baked up beautifully.  thank god. 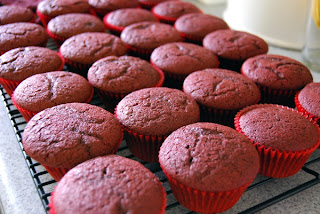 and now, for the predictable failure that always occurs - the other 3 dozen were supposed to be the lemonade-flavored ones i did for ashley.  of course, with the honoree being a guy, i skipped the "pink" part.  but because the recipe calls for egg whites - and i needed six - i decided to use the egg whites you can buy in a carton.  it said that 1/4 cup = 1 egg.  so i happily poured in 1.5 cups of the stuff, mixed the batter up, and poured it into my pretty yellow cupcake liners i'd bought.

did you catch my error there?  yeah, so did i - far too late.  i only needed the equivalent of an egg white - not a whole effing egg.  and so as i baked up the cupcakes and tried one, it was freaking nasty.  it was super eggy, with just a hint of the lemon flavor, and the texture was all wrong.  ugh!  i was so upset.  and it was late - i could get the lemonade concentrate and more egg whites at the grocery store, but the cake supply store was locked up tight and i couldn't replace those cupcake liners.  shit.

with only liners in silver foil and white with balloons available at the grocery store, at 9:00 at night, i had one last-resort place to turn to:

wal-mart.  dun dun dunnnnnnnn.  y'all know how much i despise wally world.  and yet i had no choice.

i was rewarded with a full aisle of wilton products to choose from, and only $1.50 for a pack of 75 liners.  they came in all white (which i bought just in case) and a pack of pastels - blue, yellow, and pink.  to be sure i'd have enough yellow, i bought 5 packs. 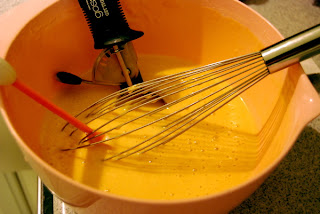 angrily cursing at this: 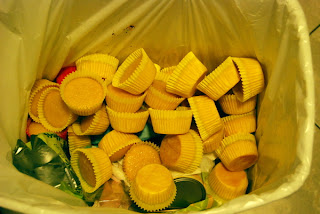 but rewarded with perfect lemonade cupcakes within the hour. 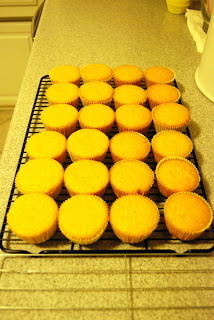 i also had extra red velvet cupcakes, so i decided to try freezing them.  i put them in a ziploc bag and sucked all the air out to keep them as airtight as possible. 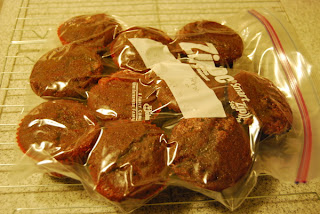 the next day, i whipped up some vanilla cream cheese frosting and a lemon-vanilla bean buttercream, zipped through all six dozen cupcakes, and carefully placed the toppers. 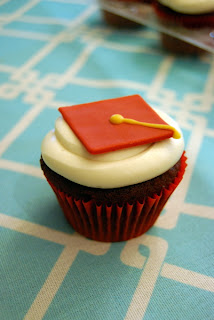 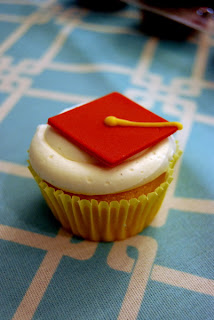 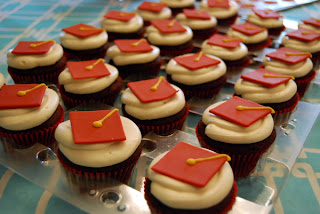 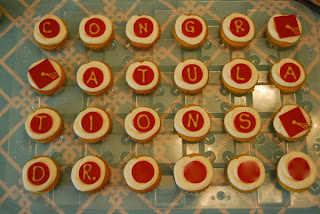 yeah, i ended up having to use those first six weirdly-tasseled toppers.  but whatevs - they looked pretty good, right?