so between baking just for fun and for orders from friends, i've been quite the busy bee in the kitchen lately.  here's a roundup of some of the deliciousness:

"better than crack" brownies, from my still-current favorite cooking blog.  it's a layer of homemade brownie on the bottom, topped with chopped reese's mini cups and salted peanuts, and then a mixture of melted chocolate, peanut butter, and rice krispies on top of that.  lemme tell you, they sure live up to their name. 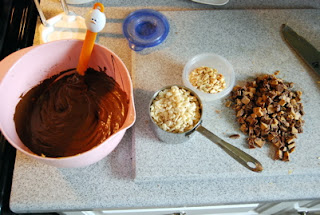 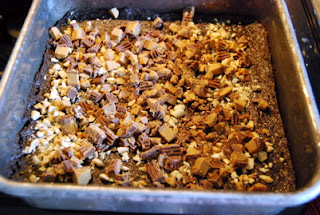 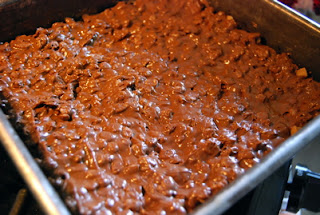 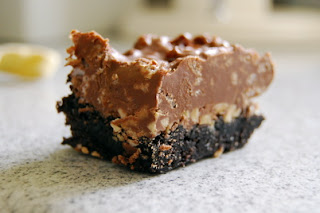 one of my JLP friends hit me up to make some chocolate cookies with salted caramel for a meeting.  i'd never made any before, so it was cool that she trusted me enough to make them happen despite that fact.  it wasn't hard to find a recipe, but because i'm a glutton for punishment, i wanted to make my own caramels.  i followed the link in the cookie recipe to one for fleur de sel caramels, but somehow managed to totally screw it up. 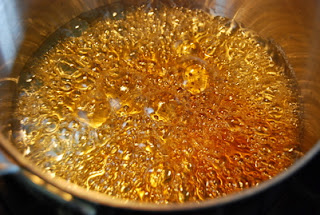 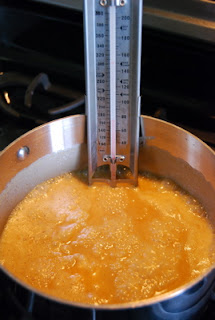 it was a sucky way to learn that my candy thermometer, oh-so-reliable in the past, was totally busted.  i calibrated it by sticking it into a pot of boiling water, and found that it was a good 12 degrees off.  as a result, the caramels were grossly overdone and looked (and smelled) like ass. 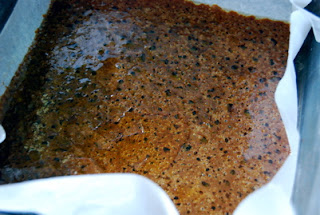 it took me a solid two weeks to scrape off every last bit of burnt sugar from the bottom of my pot.  oy vey.  but i sucked it up (and used a different pot) and tried it again, this time with a different recipe.  i re-calibrated my thermometer to confirm how many degrees to subtract to get to the desired result, and was happy to achieve sweet, buttery success. 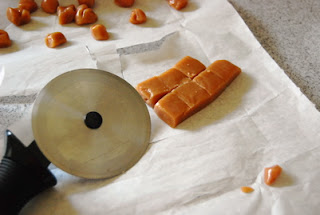 i sliced it all up and wrapped most of it up in little pink foil squares to enjoy later.  these are so good, i have to force myself to stop eating them. 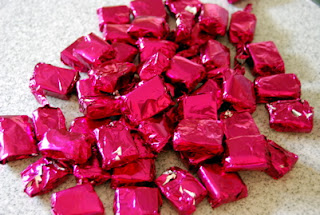 the cookie dough came together quickly, and scooping out rounded tablespoons and wrapping them around pieces of caramel was easy peasy. 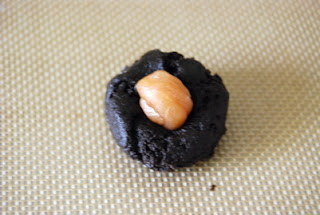 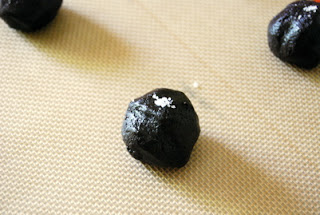 of course, my baking is never 100% perfect.  apparently, a few of my caramels were a little on the biggie smalls side, and oozed out of the sides of a few cookies. 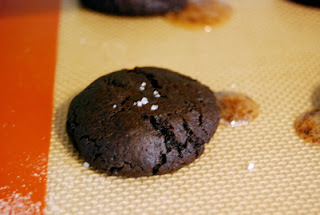 but i still had plenty to fill the order, plus some extras for us.  look at how deep, dark, and chocolatey they are: 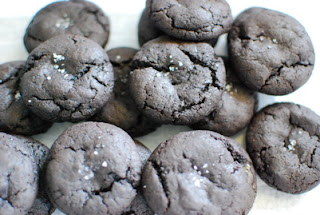 now, you're probably sitting there thinking that this post is horribly incomplete.  "where's the bacon??" you're saying to yourself.  right?  right?!?

well, i hate to disappoint.  and from that same favorite blog i mixed up some super duper delicious maple bacon scones.  i really hate the process of cutting cold butter into flour, but i did it because - well, i wanted those scones. 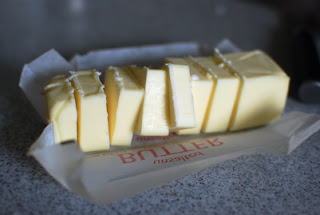 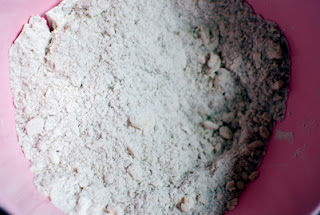 i made a batch of brown sugar bacon (aka "pig candy") to use in these, because it sounded good. 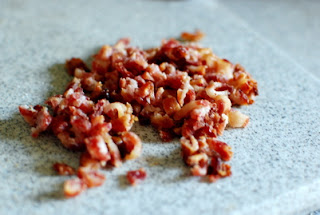 then i patted my dough into a cute little circle, sprinkled it with some pink sanding sugar (because i could), and sliced it before popping it into the oven. 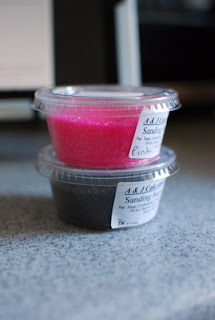 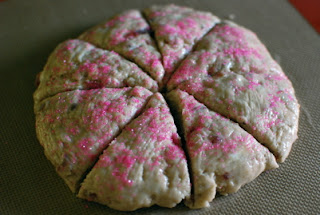 it took a lot longer to bake through than the recipe said, but maybe i'd made the circle a little too thick.  in any case, it was finally good to go, and ready for some maple glazy goodness.  those little jars i swiped from room service last time we stayed at a hotel came in handy, even though the hub always side-eyes me when he spies me unpacking stuff like this back at home. 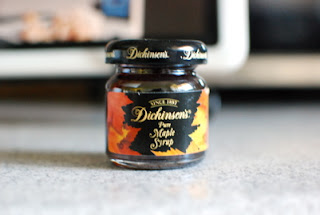 whatever.  it works out. 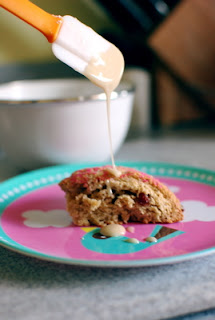 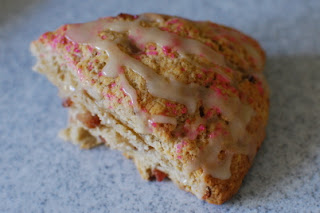 the bean, the teen, and i devoured these.  the hub ate one, too, but what did he say later?

"bacon doesn't belong in a scone.  it was good, though."