much like my beloved bacon, chocolate is a food group alllll on its own in my diet.  heh.

and so when i saw a picture posted on twitter by my friend (and our day-of coordinator for our local wedding reception) swingingly of a dessert bar featuring a plate of chocolate-covered pringles...well, you know what's coming next.

i surfed the interwebz for details on this magically sweet + salty concoction, and found that it really was as simple as it sounded.  this is all i needed: 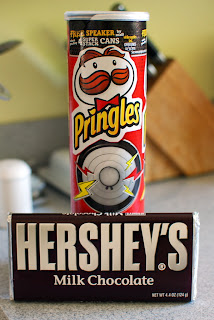 yes, for any chocolate snobs out there - i used good old hershey's.  i actually really love the sweet, creamy taste of it, although i sure don't turn down the higher-quality stuff, either.  what can i say?  my tastes are simple.  and cheap.  heh.

i crumbled it up with my fingers because i was feeling too lazy to bust out a knife (which would mean having to wash and dry said utensil). 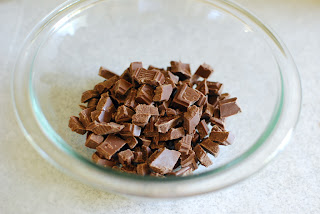 this is my ghetto-fab double boiler.  it always does the trick, so i stick with it. 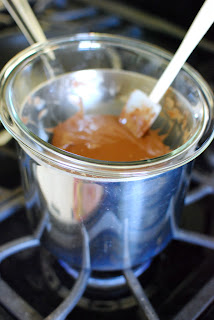 i used the two forks dipping method, but because the chips are curvy and stuff, i had to maneuver the melted chocolate a bit with my spatula. 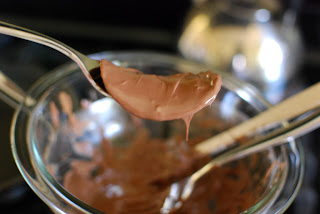 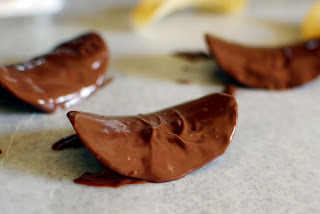 my giant bar of chocolate didn't yield many treats, and i scraped the bowl clean.  that's okay though, it was an experiment and now i know how easy it is.  besides, with the teen at her dad's for the week, i'll likely be the only one eating these.  the hub probably won't touch 'em.  he's not much into the whole sweet/salty/out of the ordinary food thing.  more for me! 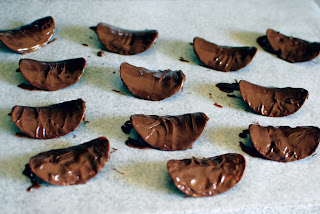 but they looked a little...blah.  following a tip i'd read on the google, i broke out the good stuff. 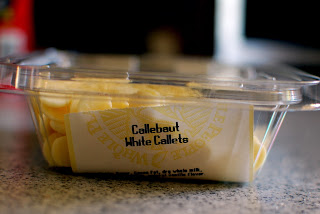 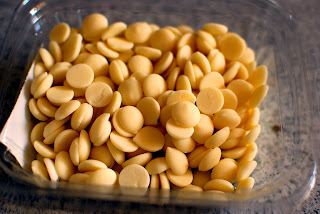 i used just a tiny bit of my precious white chocolate chips (procured from whole foods, so you know that shit ain't cheap), because i really didn't need much. 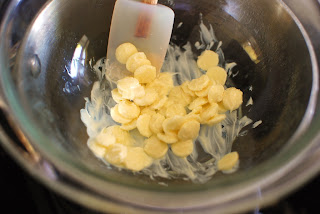 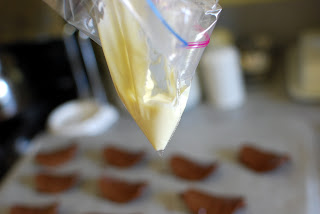 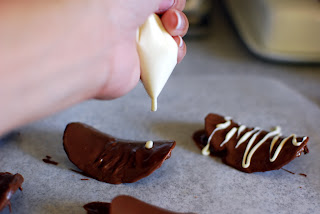 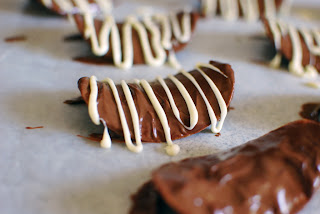 Email ThisBlogThis!Share to TwitterShare to FacebookShare to Pinterest
Labels: sweet and salty is good