i'm not yet done recapping texas.  almost, but not quite.

on the day before we were to head home, we decided to take a road trip and drove three hours down to see austin.  hey, why not?  and with FIL super busy at work, we scooped up MIL to come check it out with us.  we took two cars, and on the way down were treated to periodic sightings such as this: 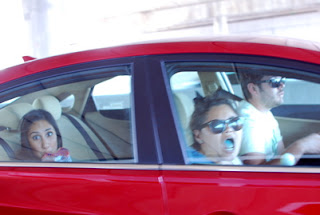 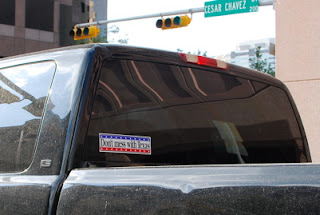 we hit a bit of traffic, but found ourselves in downtown austin around 6pm. 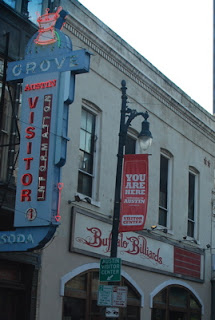 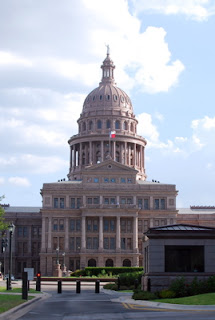 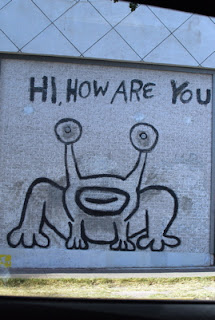 they had a food truck lot! 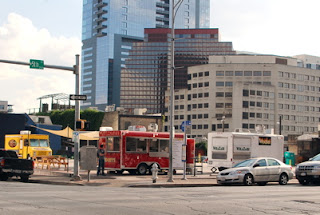 priceline came through for us here in texas, too.  for $100, we scored on the four-star hyatt.  yay! 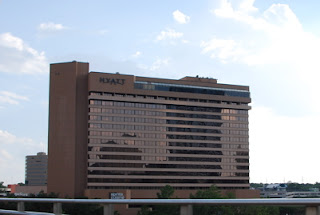 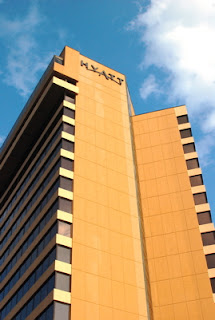 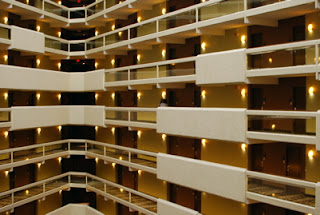 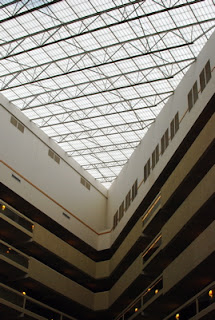 not knowing what else to do with our group of assorted ages, we followed the concierge's suggestion of checking out the flurry of bats that took off from a nearby bridge at sunset.  yeah, we drove for three and a half hours to look at BATS. 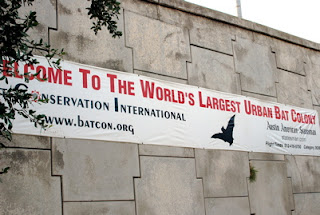 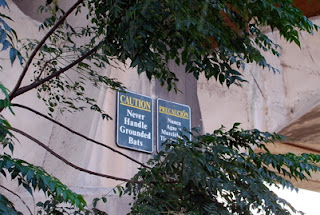 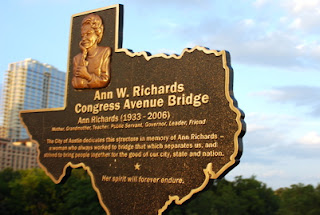 the river was lovely, though.  we were a little bummed to learn that the boat tours to watch the bats were full, and the boats and kayaks for rent had closed up shop for the night.  poor bean.  "i want to be the captain of a boat, mom!"  next time. 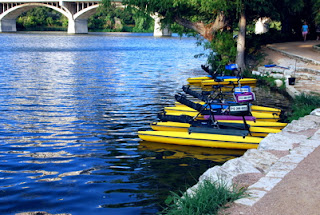 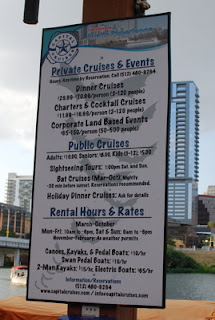 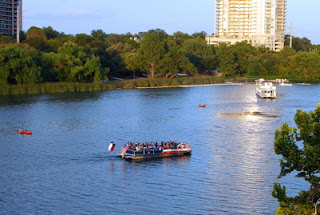 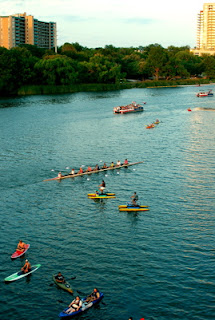 not to mention, we'd been warned that the people who waited below the bridge on the lawn, and sometimes the folks who watched the spectacle from the water, often found themselves splattered with bat poop.  ew.  so instead, we walked the short distance up to the bridge...along with a bazillion other people. 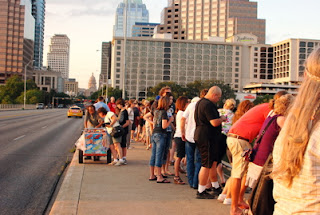 we watched the sunset... 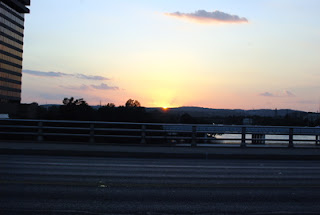 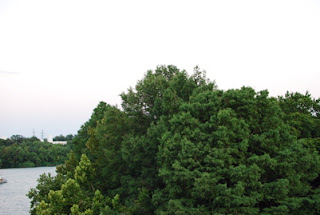 but it wasn't long before the crowd was abuzz, and the sky was soon filled with hundreds and hundreds of creepy ass flying rats.  and oh, the smell!  along with the heat and humidity, the air was heavy with the incredibly putrid odor of bat piss.  lovely. 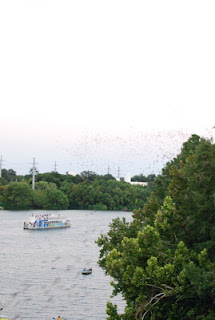 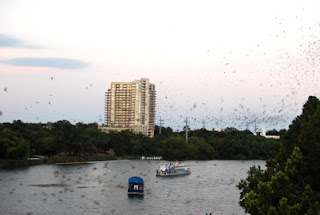 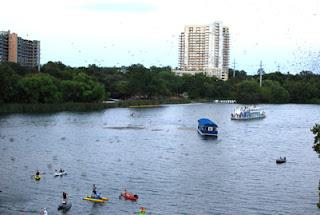 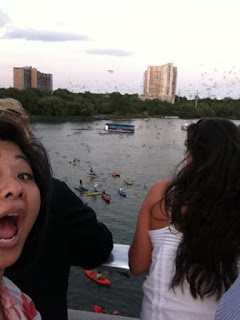 after all the bats were gone, we trooped back down to the hotel and got in the car to find some grub.  we ended up on the south side of the city at a cute retro-looking joint called snack bar, which was right next to this sign.  the awesomely phallic shape of it had most of us cackling like 10-year-old boys. 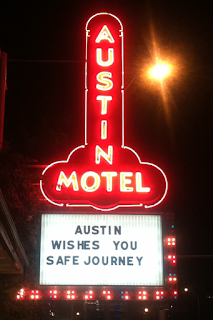 and this, across the street. 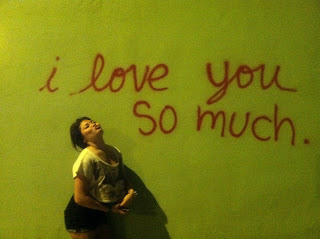 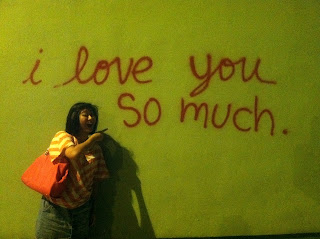 we were up bright and early the next morning to head back to the ILs house, finish packing, return the rental cars and get ourselves to the airport.  kind of crazy considering we had a 3-hour drive and had to be at DFW by 1, but we made it.

Email ThisBlogThis!Share to TwitterShare to FacebookShare to Pinterest
Labels: don't mess with texas, driving ourselves batty