what do you do when you have a bunch of potatoes that you don't really know what to do with?

i found myself in this quandary when the hub did some grocery shopping for a BBQ solo.  the party was over and we had a whole bag full of russet potatoes that sat on the counter for a week.  i finally decided to wing it and make something delicious with them.

i tossed them in the oven to bake, and then when they had cooled down to slightly less than the surface of the sun, i halved them and scooped the good stuff out. 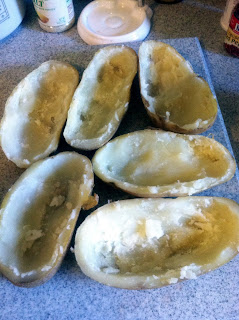 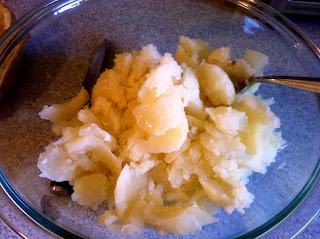 i wasn't working with a recipe at all, so it was fun to toss in whatever i thought sounded good.  a dash of salt and pepper, a scoop of sour cream, a little melted butter.  and, of course, some of this: 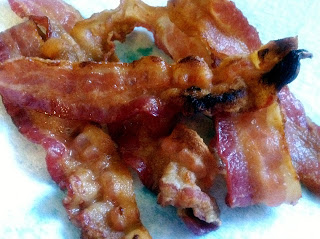 i mixed it all together and it kinda looks like puke.  but i tried a spoonful and it was SO good.  like mashed potatoes on steroids. 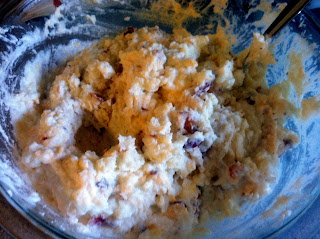 i actually had way too much filling for my shells, but i shoved it all in there and topped it with more bacon and cheese. 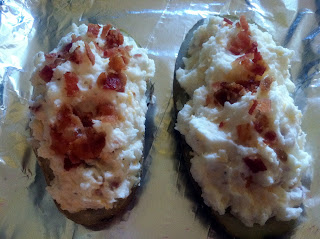 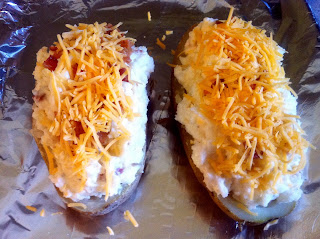 half an hour in the oven, and voila! 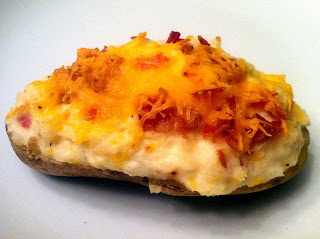 the rest of the filled shells went into the freezer, and now i have a lovely little stash to make a yummy side dish the next time i'm not feeling like whipping something up from scratch.