let me call you sweet-tart

although i haven't been super active on pinterest lately, i have a nice stash of recipes that i want to get through and test out.  no particular reason, just for fun.  and last week with the teen home, i busted out one that sounded light and refreshing:  strawberry lemonade bars.

when i was younger, i made a similar recipe for lemon bars that involved cutting cold butter into flour and sugar with two forks to make the crust.  the process was such a pain in the ass, although the results were always worth it.  and so i've not really made another batch of lemon bars since then (though i love them) due to sheer laziness.  yup.  but the crust for these bars was much, much easier to make as it called for softened butter and a mixer.  woohoo!  homemade crumbly crust in minutes. 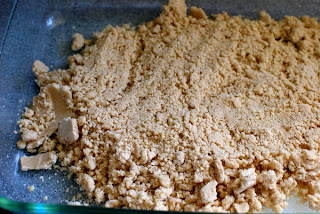 while that baked up, i got the stuff ready for the filling.  my microplane made short work of zesting the lemons, and juicing them always seems easier after scraping all that stuff off.  not wanting to drag out the full-sized food processor, i made do with the baby food maker to puree the strawberries.  the kitchen smelled so fresh and lovely. 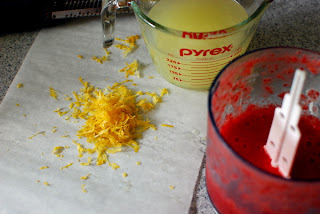 it was a little weird pouring all that liquid on top of the hot crust, but i'm good at following directions.  mostly. 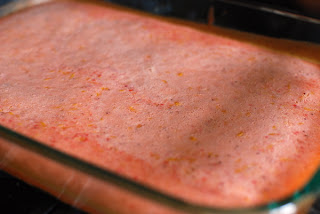 i think i could have easily baked these for a couple of minutes longer, but the filling was pretty much set and i'm always paranoid about overbaking stuff.  after letting them cool completely and then chilling in the fridge, i cut the pan into bars and sprinkled some powdered sugar on top. 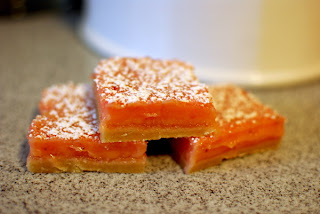 the teen LOVED these.  surprisingly, the hub did too.  they're a shade too tart for my liking, but i found that piling on more powdered sugar did the trick.