the more you know

are you tired of the texas trip recaps?  i promise, this is the very last one.  i just had to share a handful of things i learned while visiting the lone star state.  well, at least in the parts of it that we got to see, anyway.

as much land as they've got out there, the homes are still built so close to each other that you could probably spit in your neighbor's window.  and damn near all of the houses look like this: 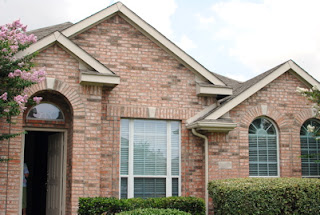 horseplay on air mattresses is not a good idea when a toddler wants to join in the fun.  oh, and gashes on said toddler's head result in a pretty significant gush of blood.  i also learned that while the sight of the stuff (even my own) usually makes my knees buckle and i either pass out, barf or run, when it's my kid's blood and she's bawling, the mom instinct overrides the gag reflex and makes me focus on nothing other than making her feel better.  this cut may not look too bad in these pictures, but trust me - it was pretty scary and this is after a solid 12 hours of being coated in neosporin.  it's actually just now finally cleared up, more than 3 weeks later. 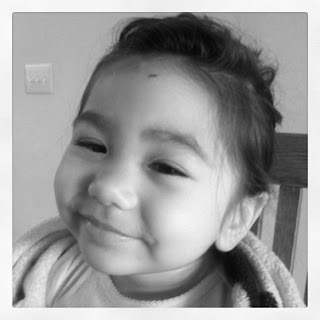 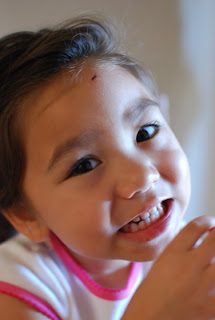 cornfields are freaky as hell.  and even more so when there's a cemetery right next to it. 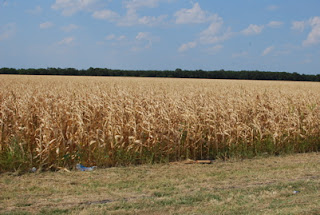 water towers.  lots of them.  and they're kinda handy, because they're usually adorned with the town's name so you can tell where the hell you are. 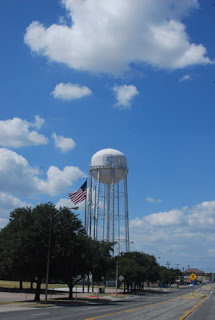 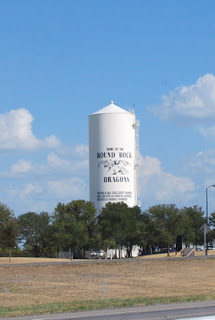 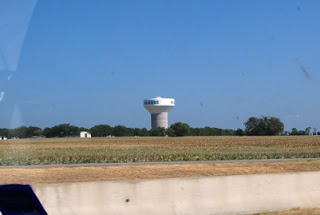 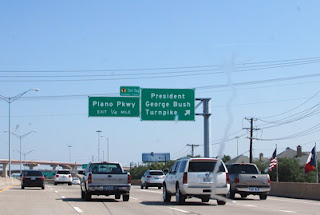 rock-ell and i both inexplicably despised their streetlights.  they're crooked. 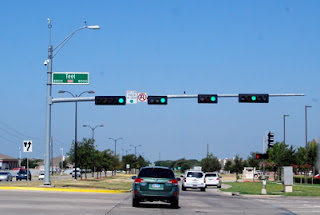 speaking of the teen's BFF, we all learned that girl can sleep.  anytime, anywhere, and for any length of time.  good gracious.  she even out-slept brother wan, and we thought he was the sleep king.  don't kill me for this picture, rock-ell.  i had to.  HAD TO. 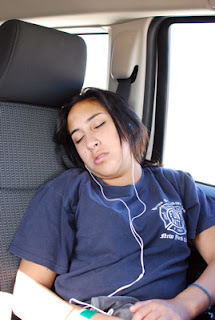 something else them texans love to death?  their state flag.  it was errrrrrywhere. 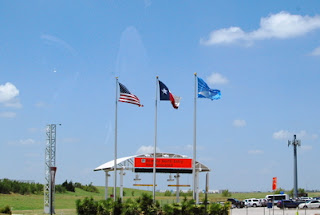 one thing i loved looking at - the blue sky with those puffy white clouds.  more than once, the bean pointed up and said "look, it's just like toy story!" 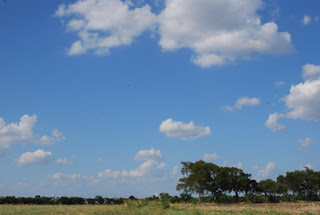 when i asked MIL what FM meant on these signs, she said it stood for "farm to market."  i still didn't get it, so my friend google filled me in - they're state or county roads that connect rural areas to market towns.  i guess back in the day these were created to make it easier for the farmers to truck their goods to more populated areas. 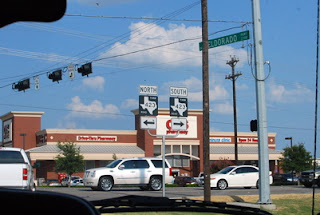