the teen's appointment to earn her driver's license was yesterday.  i don't know who was more nervous, me or her.  heh.

we arrived at the DMV about ten minutes early and pulled into this lane. 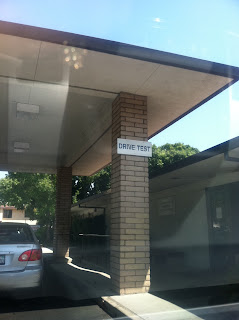 as we waited in line, a girl frantically scurried up to the car in front of us with a sheaf of paperwork in hand.  after a quick exchange with whoever was sitting in the driver's seat, they both ran at top speed into the building.  and then i figured it would be a good idea to have the teen go inside to see what we had to do.

of course, there was a line to check in for the test.  damn.  when i got a text from her saying that it'd be a while, i pulled out of line, parked the car, and went inside to join her.  it was the usual government office chaos in there, and about 45 minutes after our appointment time we finally got checked in and headed back outside to get in the drive test line again. 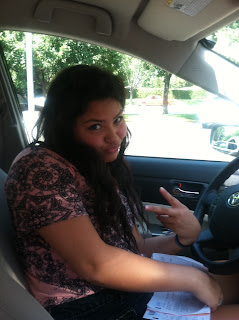 while we waited, a thought occurred to me.  "did you bring your glasses with you?" i asked, as i scanned the permit paperwork.  and sure enough - it was flagged with the "corrective lens" restriction.  shit.  the glasses were sitting in their case, safely at home.  so when the examiner finally approached us and went through the checklist, we did what comes naturally.

he had us pull the car up a bit and took the teen inside to give her a quick vision test.  and thank god, she passed.  good gracious.  it would have sucked balls to have to reschedule after all that waiting just because of those damn glasses she never wears anyway.

the test took about 20 minutes, with me standing in front of the DMV building hoping and praying that my faith in her as a great driver would pull her through.  i watched her drive slowly through the parking lot and come to a stop, trying to gauge from her facial expression whether or not she'd passed. 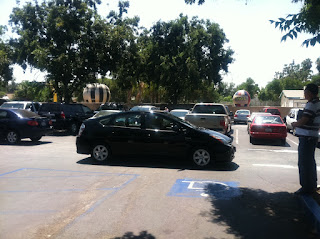 they sat in the car for what seemed like an eternity before the examiner finally got out, followed closely by the teen.  and as she walked towards me, the grin on her face that mirrored my own told me all i needed to know. 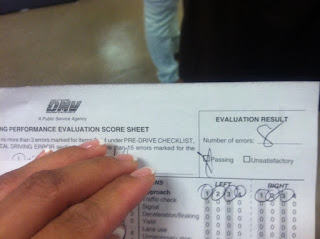 and then it got even better as she was given this inside: 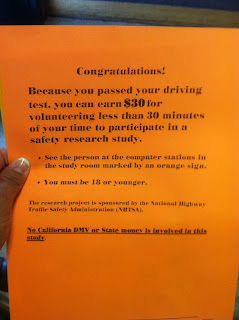 it took her maybe 10 minutes to complete the survey.  for $30!  yay!  although this security guard, drunk with power, was a total nazi as she constantly barked at everyone to move.  "you can't wait here!" "you have to be past the blue screen!" "there's no waiting here!"  good gracious. 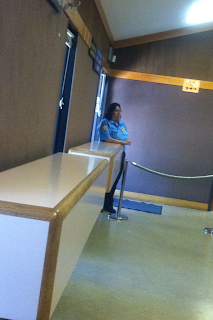 all done!  the pressure's off (sort of)! 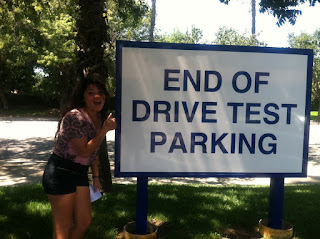 in the car (being chauffeured home, naturally), i giggled at this: 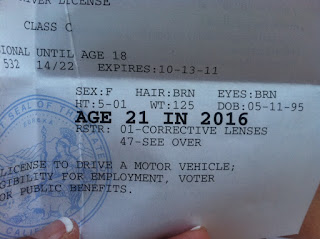 after sharing a quick lunch, she was super stoked to grab the keys and drive to her friend's house all by herself. 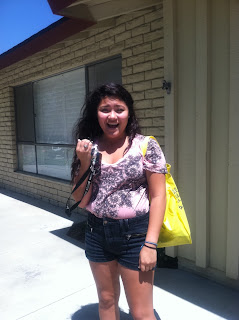 the bean and i watched her drive off.  i wasn't really nervous about it, because she wasn't going far and i knew she'd be okay. 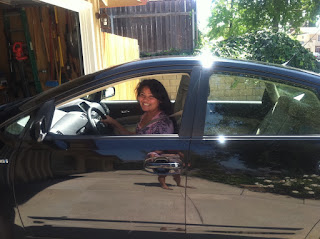 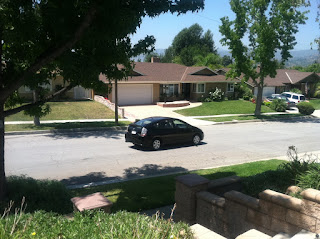 but just in case, we've got a new rule in place - anytime she goes somewhere by herself, she has to call or text when she gets there and before she gets back in the car to come home.  that's not too much to ask, right?

Email ThisBlogThis!Share to TwitterShare to FacebookShare to Pinterest
Labels: the teen can drive