following a tip from a few twirlie friends, i got a bug up my butt to try smitten kitchen's delicious-sounding tomato and onion sauce.  the hardest part was finding the san marzano tomatoes that it called for, but i was happy to find them at a local italian deli. 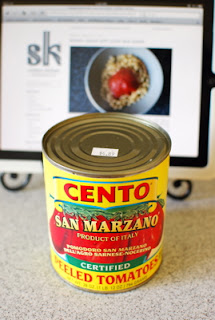 yup, i paid FIVE DOLLARS for a can of peeled tomatoes.  but hey, they were imported from italy!  woohoo!

i searched in about four different places for the "telephone cord" pasta that SK used, but had to settle for this instead.  not the same by any stretch of the imagination, but i wanted to try something other than regular old spaghetti. 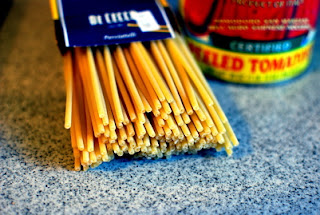 the sauce contains only three ingredients - the tomatoes, a peeled and halved onion, and nearly a stick of butter.  three!  well, four if you add salt.  next time i'm going to use salted butter and see if that makes a difference. 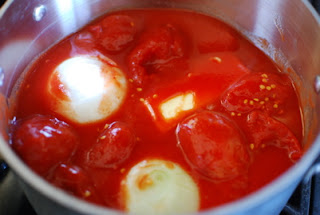 while i left that to simmer, i thought it would be nice to have dessert.  despite those extra pounds i brought home from texas, it ain't my house without some sort of fresh baked goodies in the kitchen.  and today, i settled on twix caramel brownies that i'd seen posted on twitter. 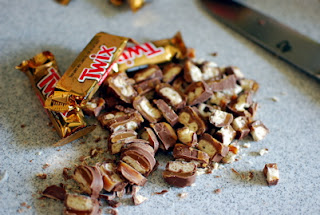 instead of the caramel sauce for ice cream in the recipe (which i, uh, also have), i thought i'd bust out the starbucks stuff. 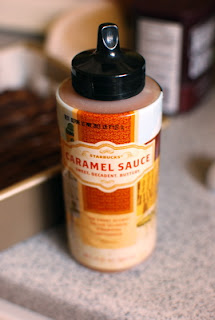 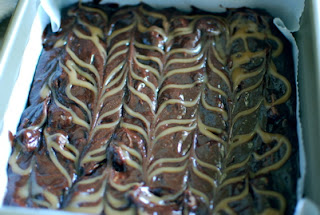 while those baked, i boiled some water to make the perciatelli for that sauce.  they kinda look like straws. 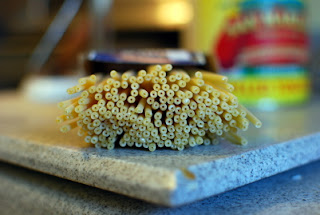 the hub, the bean and i were all super satisfied with that sauce.  it is just so amazingly delicious.  and i think i might try making it again when the teen is home, this time using the fresh tomatoes from our back yard. 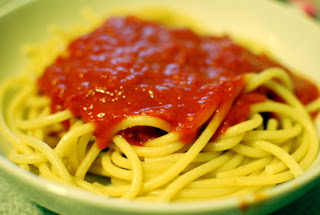 lining my brownie pan with parchment paper is magical.  you just pull the whole thing right out when it's cool.  zero mess, and super easy to slice into bars. 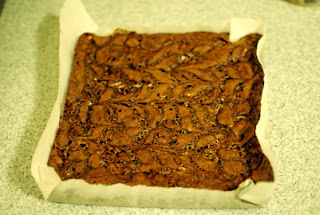 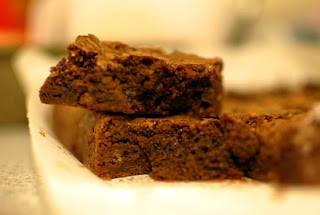