i wish we had a pool.  some of the kids in the bean's dance and gymnastics classes have gone through swimming lessons and are kicking ass in their pool now because they can practice every day.  but our back yard isn't big enough for one, so i'll just have to hope that the swim lessons i'm putting the bean in next month will stick somehow.  hey, it could happen.

when we woke up at the marriott after our OC fair extravaganza, we threw on our bathing suits to lounge poolside for the morning.  and the bean was excited to put on one of the things i allowed myself to buy at the fair: 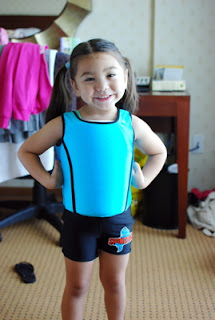 oh, and an evening run to the giant forever 21 across the street at fashion island yielded this for me: 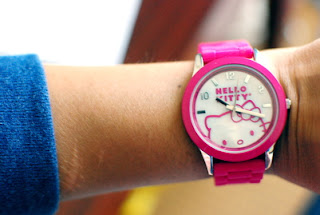 but it came off right away, with the bean pretty stinking eager to get her floaty into the water.  errrrybody got a turn with her in there. 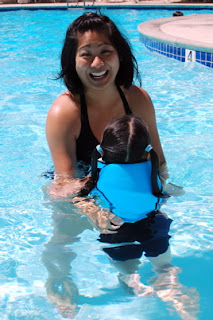 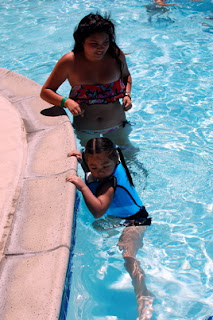 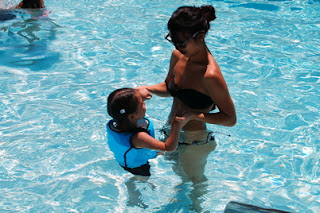 but it took her a while to release the death grip and let herself float horizontally, kicking her feet like a wild woman. 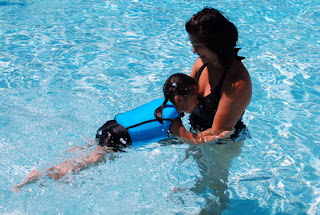 she finally did let go right before we left, though, and "swam" all by herself.  if you have 22 seconds, you can watch her in action:


it was hard to get her out of the water, but a potty break and a rumbly tummy made for the perfect excuse.  she was...less than thrilled. 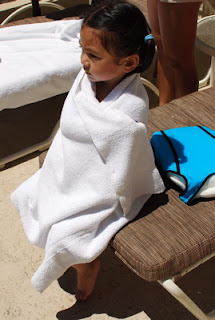 but the promise of an ice cream bar and other fun stuff at balboa island helped. 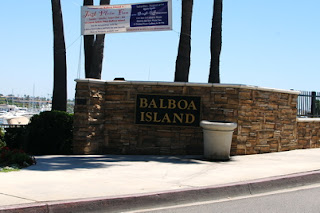 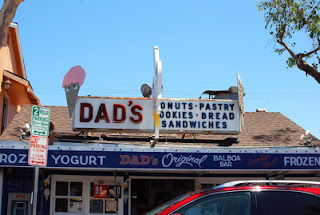 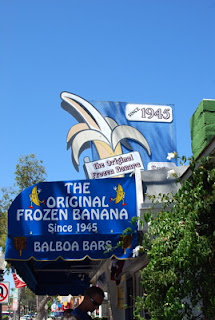 i always think it's funny that two different places within just a few yards of each other both claim the "original balboa bar."  but first, we grabbed some lunch at a place that was so meh that i already forgot the name and didn't even take any pics.  the bean relaxed to the max as she was chauffeured in her stroller. 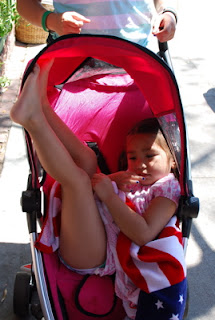 she perked up considerably when she caught sight of these, though: 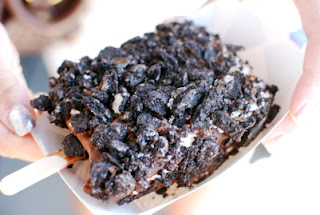 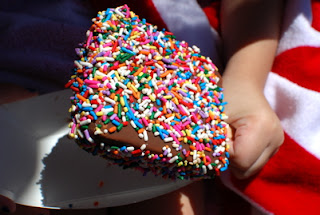 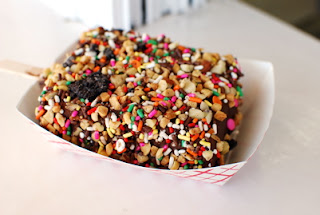 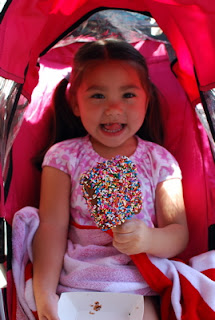 the other two had a slightly different reaction. 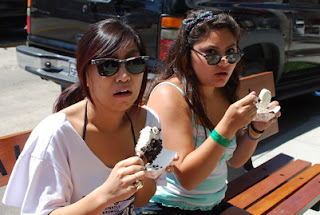 after stuffing ourselves silly with ice cream, we got back in the car and did the ferry thing.  it was seven's first time on balboa, and so we decided she needed to ride on a boat.  in a car. 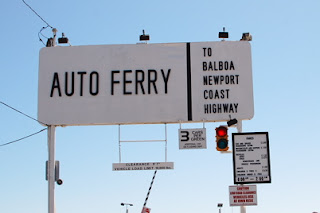 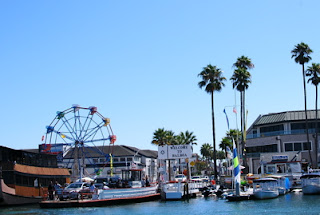 i always think of the ILs when i see the ferris wheel. 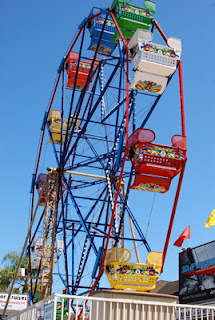 ...and when we pass the crab cooker.  it's their most favoritest place on earth. 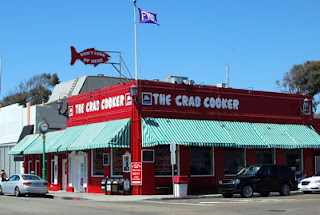 with the bean snoozing in her seat, the teen took us on a road trip along the coast that wound through some residential areas, offered gorgeous views of the beach, ocean breeze through our hair, and past huntington beach.  it happened to be the week of the US open of surfing, and the pier area was a major clustereff. 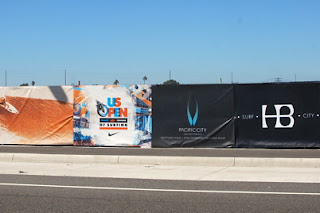 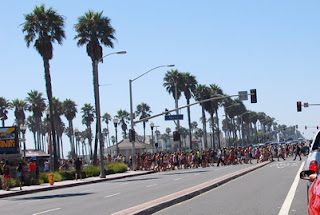 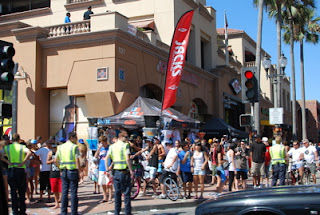 we somehow ended up in the long beach area as the bean continued to nap.  when she finally did wake up, we found ourselves in the belmont shore area.  magically, we were right in front of a starbucks (good for a drink to wake my ass up and to take the child to the potty)...which was only a couple of blocks away from powell's candy shoppe.

but since we were still stocked up on sweets from our recent trip to the candy and popcorn shop in texas, it was easy to hold back from buying the whole damn store out.  i did, however, allow myself to buy this: 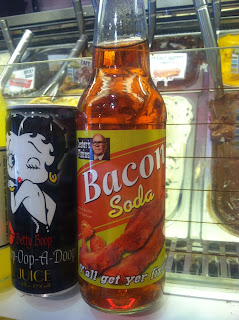 i know, i know.  and no, i haven't actually cracked it open to taste it.  i find that most of these bacon-themed novelties are more for looks than flavor.  trust me.  i learned this the hard way.  so instead, it sits on my desk, waiting to gross people out as they catch a glimpse of it and do a double-take.

it was a fun couple of days, and a nice way to spend some time with seven and the girls.  can't wait till our next adventure together.