the teen and i were stoked to head back to the hollywood bowl for the second time this summer for a performance of this year's annual musical, "hairspray." 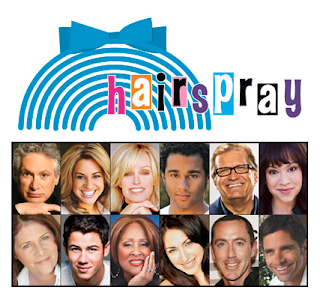 do you see the reasons for our excitement?  for the teen - bottom row, second from the left.  and for me, just look at the very end of that row.  have mercy.

armed with our bags of grub (yummy cheesesteak sandwiches from philly's best), we were a couple of pretty happy freaking campers as we rode the bus from the arcadia park & ride stop to hollywood. 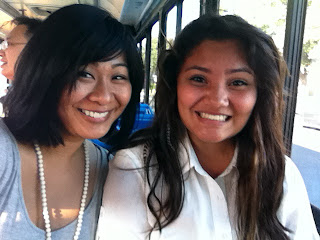 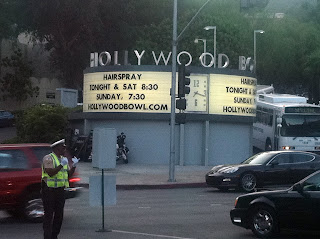 unlike our seats for the grease singalong, we'd splurged a little to get a better view of the stage.  after all, it wasn't just a movie screen this time - it was a live performance.  totally worth the cash. 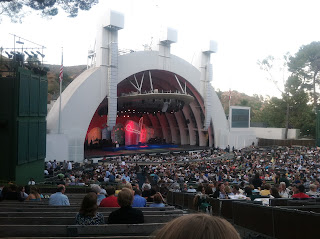 because my point-and-shoot camera is such a piece o'crap and you can't take a DSLR into most venues, i'd ordered myself this fun little gizmo. 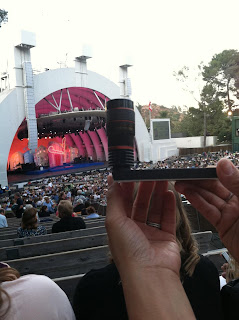 that's right.  it's an 8x zoom lens for the iPhone.  i'd timed my order to make sure that we had it for this show, and i totally giggled as i snapped it onto my phone.  it gave me a much closer view of the stage, although i had a feeling that the manual focus was going to be problematic once the show was under way.  but check it out - without the lens:

then, the first test shot: 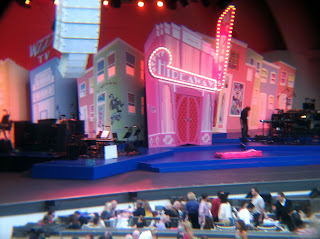 cool, right?  i thought so.  and with that taken care of, it was time to eat. 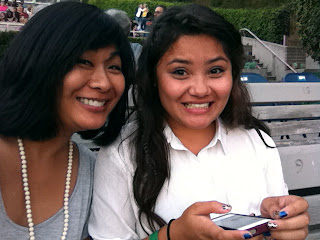 just a couple of little things i'd snagged at the little market down the hill: 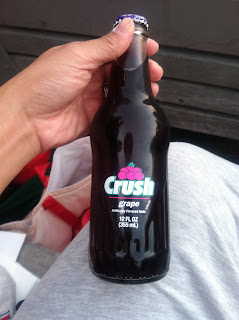 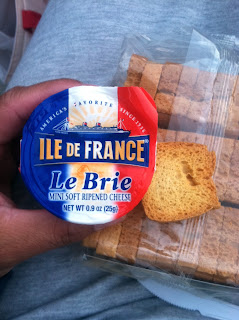 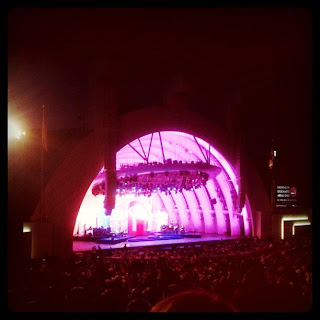 i love me some john stamos, ever since he was blackie on general hospital.  so hot.  too bad my prediction was dead on - since it was a musical, he never ever stood still long enough for me to get the lens focused and get a decent shot.  you'll just have to trust me on this - that's definitely him on the stage. 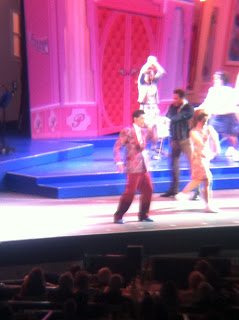 and, of course, that's the teen's and my friend nick jonas over there on his right. 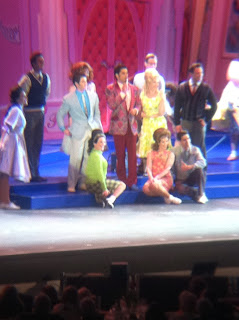 i've only seen bits and pieces of the movie version, so i didn't know that nick's role in the show was significantly larger than john's.  lucky teen. 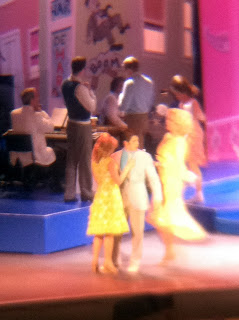 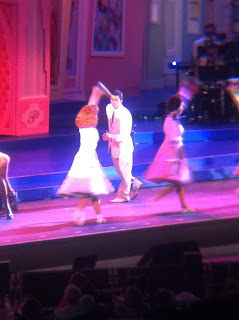 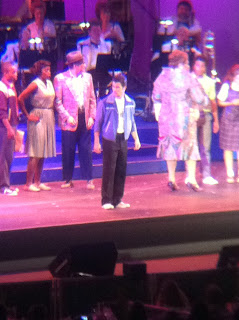 it was fun to see him burst onto the stage with a guitar for a solo performance.  you know i'm already a fan of this kid, but he truly is very talented.  watching him in character, jumping and dancing around on stage confirmed that he's got a very bright future ahead of him.  and even the skeptics in the seats around us seemed to be impressed. 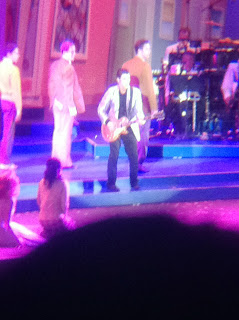 a big ol' chunk of the audience swooned and cheered and screamed at his every move and line.  i would imagine that the rest of the bowl's attendees that night were slightly taken aback at the sheer volume.  but come on - the organizers of this performance had to know that the very appearance of a jonas on the playbill was going to result in a more...uh, diverse crowd than its usual. 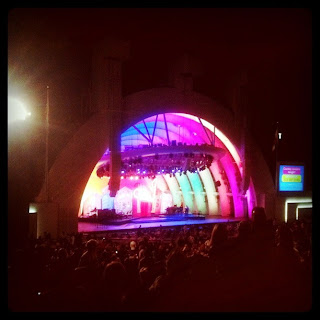 when the show was over, we made our way through the crowds and found ourselves standing in front of this: 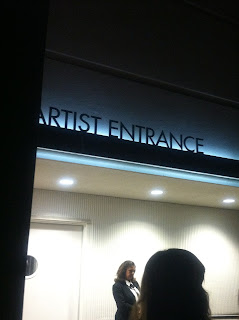 it would have been awesome to wait around for the cast to come out.  except that we'd been told that the last bus would leave for arcadia 25 minutes after the end of the show.  wah waaaah.  we couldn't risk missing our ride home, and trudged back down to the bottom of the hill.

i don't know how long the fans waited outside, but their patience was rewarded.  poop. 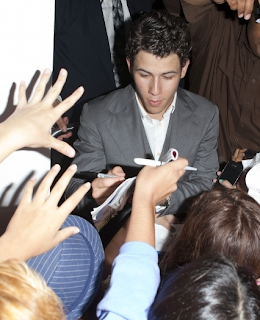 oh, well.  i'm sure he missed seeing us again.