another day, another 5K

my friend ashley alerted me to an upcoming 5K in manhattan beach last weekend.  and since my folks live in the area, i figured it'd be a great way to fit in a belated mother's day brunch with my mom.  they'd gone out of town that weekend, so it was perfect.  luckily, she was free - so i registered for the run right then and there.

except that when i looked at my calendar again, i realized i'd totally messed up - lilcee and i had planned to take the kids to a local farm for a wagon ride and strawberry picking that day.  oops.  after a groveling e-mail, we were able to reschedule for the next day instead.  phew.  i swear, old age is creeping up on me and eating my memory.

the run started at 8, which meant that i needed to get my ass in gear and out the door pretty damn early.  we're talking 6:30 here, folks.  i really wanted the teen and the bean to come along so that we could all brunch together with their lola, but when i poked my head in to wake the teen up (at her request), i knew that there was no way she was coming with.  she grunted and rolled over in her bed, and i ducked right outta there before she could throw something at my head.  the bean, however, didn't get a choice.  i plucked her from her warm comfy bed, stuck her in the car with a blanket, and off we went.

parking was a nightmare once we got down there, with most of the streets around the course closed.  i thought maybe i could sneak down the alley behind my folks' house and park in front of their garage, but they'd cut off all access to it.  after doing a bunch of circling (and getting lost in the process), i threw caution to the wind and drove right up to their house to at least drop off the bean and our stuff.  when i spotted a volunteer dude up at the top of the hill, i figured i'd take my chances and see if he'd just move the damn barricade for me.  despite his grumpiness at my request, he did as i asked and i was stoked to finally be done with it.

with about 15 minutes before the start of the run, i finally got my butt up there to check in and grab my bib and timing chip. 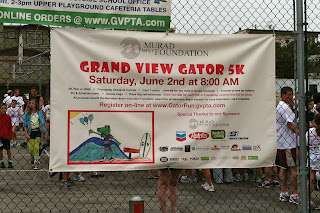 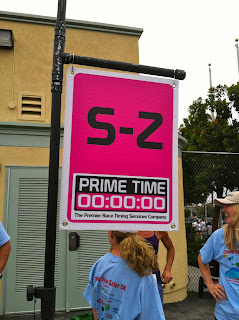 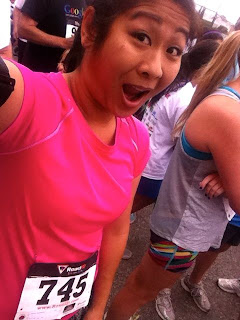 there were a bunch of yogurtland hello kitty tees on the ground, but i couldn't find anyone to ask how i could score one.  boo. 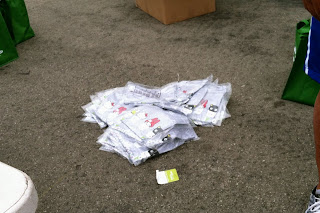 i didn't really want to take my goody bag and tee until after the run, but there weren't many left and i hate getting assed out of fun freebies.  sad, but true.  so i accepted one and figured i could just toss it at the folks' house as i ran by. 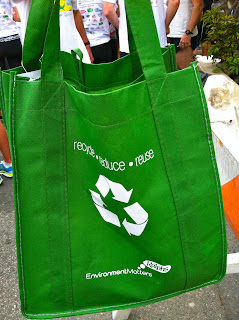 i positioned myself fairly close to the start line.  there were tons of kids there, since the run benefited the local elementary school, and i didn't really feel like having to weave my way around them as i ran.  does that make me a jerk?  maybe.  whatever. 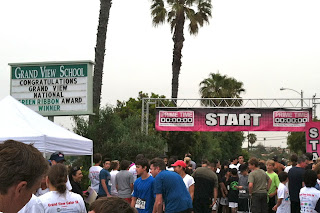 my stepdad got a pretty funny picture of me tossing the bag at them as we headed down the hill and past their house.  i don't have it, but trust me - it's rather comical.

the course featured a downhill start, but you know what that means.  i really hate having to climb up towards a finish line, but i didn't really have much choice.  and there were lots of inclines to conquer over that 3.1 miles.  the final hill was a doozy. 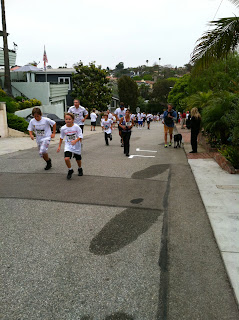 the folks managed to snap this as i ran past them on my way to the finish line.  having them and the bean cheering me on was just what i needed to keep going up that hill.  and i promise you, that kid on the scooter wasn't going faster than me. 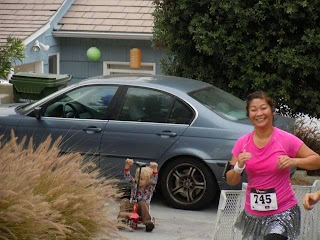 do you love my cheering squad?  i do.  and the sign with the hand-cut letters - how awesome is that?  my favorite part is the comma.  you can take the teacher outta the classroom, but...well, you know. 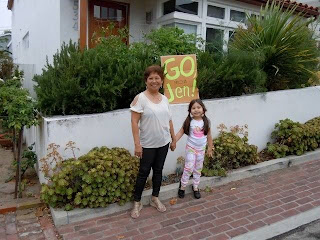 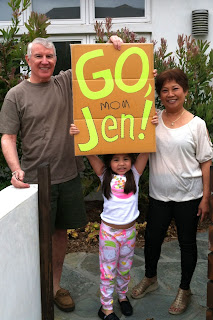 obviously, i took this earlier.  no way was i getting this shot as i huffed and puffed my way up towards it. 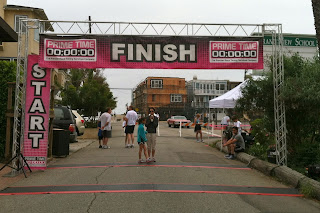 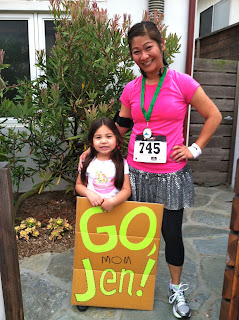 after a quick shower, we took a nice little walk down to the strand and headed to the top of the pier for a reward:  brunch at the swanky strand house. 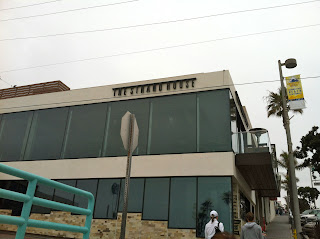 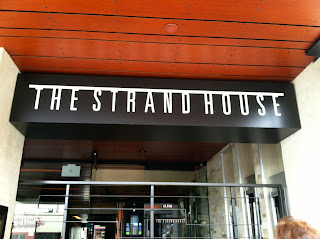 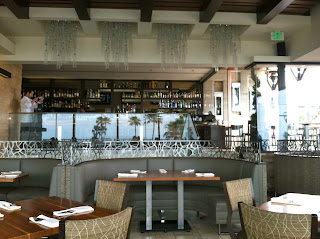 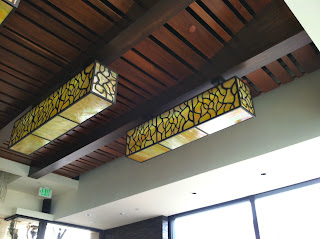 we scored a table with a pretty sweet view. 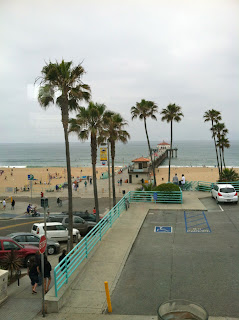 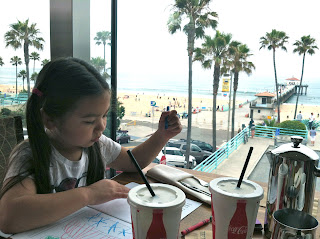 my corned beef hash was delicious, as were my mom's lemon ricotta pancakes. 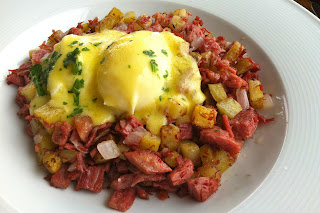 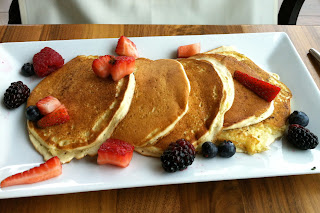 as we headed back, we stopped at the swings so that the bean could get a little playtime in. 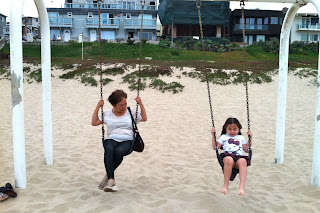 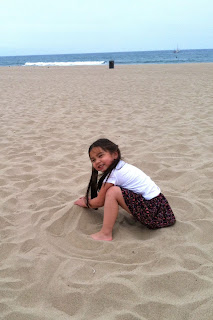 and then when we got back to the house, the goodyear blimp appeared overhead. 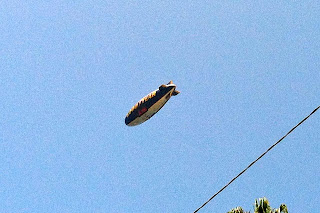 it was a really fun morning, and the bean and i enjoyed spending some time with the folks.  i've now got seven race bibs and five medals in my collection for 2012, and the year's only half over!  i wonder what the final tally will be by december.

Email ThisBlogThis!Share to TwitterShare to FacebookShare to Pinterest
Labels: brunch, running my ass off