if there is a hell on earth

...it's called jump 'n jammin, AKA one of those horrid pay-to-play indoor playground joints oh-so-conveniently located at the mall.

okay, i'm kind of being an ass.  kids love these places, and the bean is no exception.  and when coupled with a birthday party for a set of twins in her class who she loves to play with, well - let's just say that the sacrifices a parent makes for their child never end.

luckily, the party was timed to start right as the playground opened for business on a sunday morning.  this made it slightly more tolerable, with it being mostly empty as we arrived. 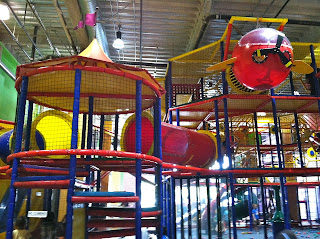 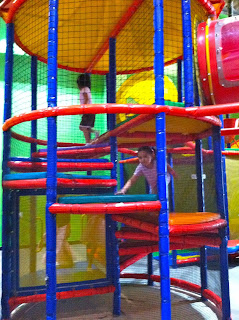 because as it gets later, it gets super duper crowded with kids and parents alike.  most of the time, the kids are running amok (as they should be, i suppose) and the parents are sitting on the sidelines with no idea how their offspring are behaving.  we've been to one other party here, and since it was in the afternoon on a saturday i was pretty much suicidal by the end of it.  but because it was so early, it was blessedly peaceful in there...for a while.  the bean even got to play with stuff she'd normally not get a chance to touch with the older kids hogging it all the time. 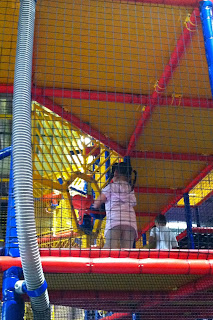 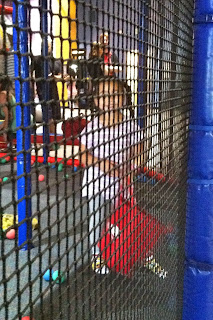 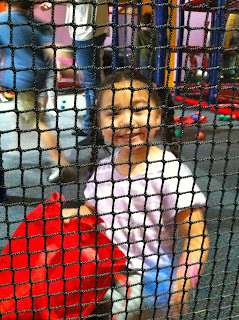 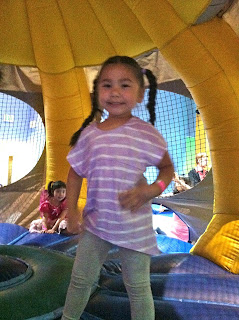 about an hour into playtime, we were all called into the party room for "food and fun."  indeed.  there was a banner for the kids to sign for the birthday girls as we walked in, and the bean got down to business right away. 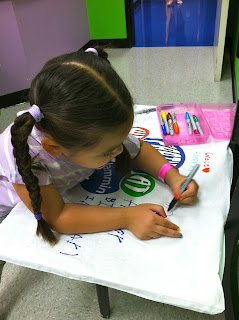 there were a lot of kids she knew from preschool there, so it was extra fun for her to sit with them wearing a barbie crown and blowing on those noisemaker thingies till her head damn near exploded. 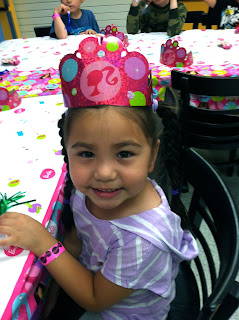 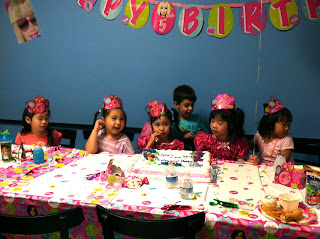 although the noise got to her after a while.  heh. 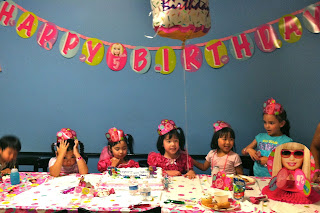 there was a nice little snack buffet set out along with the pizza.  although i'm totally blaming this thoughtful mom for my renewed strawberry pocky addiction.  make sure you take note of that jar. 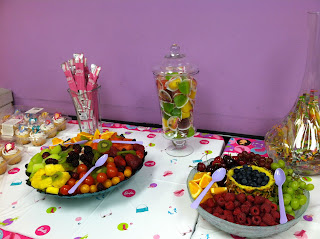 the bean must've been hungry, because she plowed right through two pieces of pizza and a juice box before cake time. 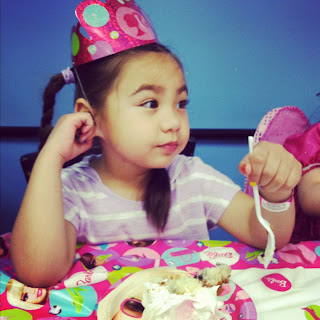 and it totally cracks me up that she's often the last one sitting at the table, savoring her slice of cake, while the rest of the kids are totally over it and back to playing.  when it comes down to the playground vs. a delicious treat, cake is gonna win every time.  definitely her mama's daughter. 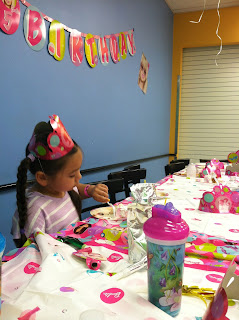 while i passed on cake for myself, i sure helped myself to that pocky.  seriously, i lost count of how many packs i popped open.  bad, i know.  but delicious. 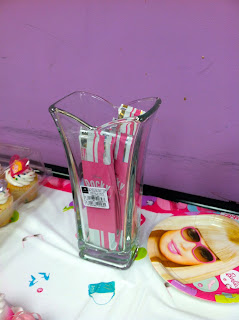 when the very last crumb was gone, the bean finally decided to head back out and play.  unfortunately, by then there were hordes of kids present, and it wasn't nearly as fun.  she resorted to spending some time in the [much quieter] toddler zone. 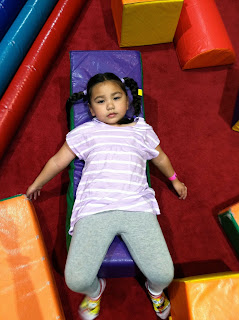 after taking "a little rest," as she put it, she conned me into following her through the maze that led to the slides.  OW, MAH KNEES. 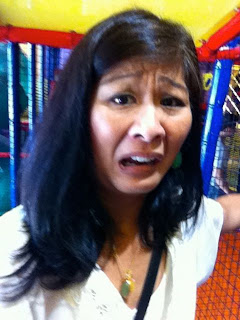 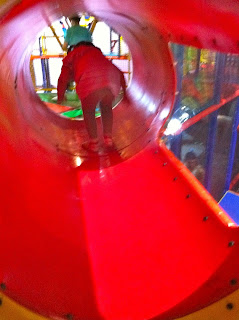 but it was totally worth it when we got up to the top and i looked over to see this: 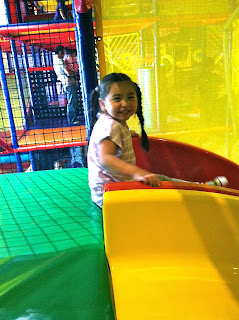 so much so that i let her talk me into going again.  you like-a my robot socks? 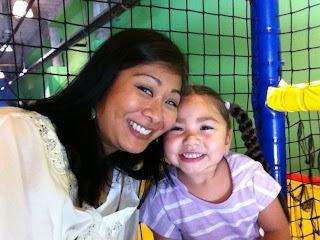 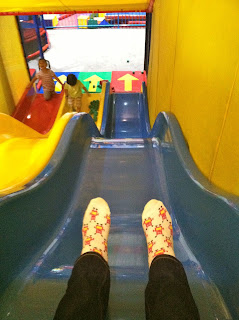 she went back into the center, where there were these cool cannons that shot buckets of soft balls into the air. 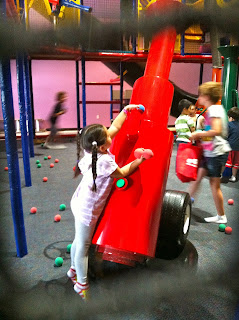 and fun things to swing on. 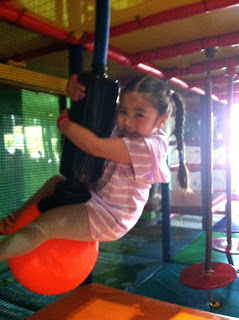 when the party was over, she happily accepted a goody bag from the party hostesses.  it was super bright outside, so the first thing she found in there came in pretty handy. 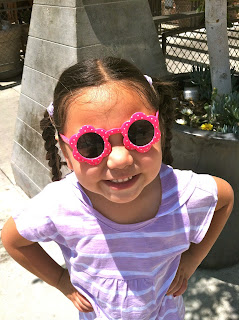 Email ThisBlogThis!Share to TwitterShare to FacebookShare to Pinterest
Labels: birthday parties, the bean is a party animal