this weekend, we said goodbye to brother wan.  he's now off to a whole new life in a whole different state, living on his own for the first time, and far far away from us.  so as of right now, all of the hub's immediate family lives out of state.  well, with the exception of his grandparents and g-wan.  i am sad.

he and the hub spent a chunk of time pulling his stuff out of our attic, sorting through it and repacking it all up into a one-way moving van.  we're still in the midst of one of the longest heat waves i can remember, so it was quite a sweaty time up in the house of wan.  ick.  but i shouldn't complain - most of the time i was inside the air-conditioned house, cleaning and getting ready for a farewell bbq with the grandparents and their aunt and uncle wan.  still, the girls and i went outside to hang out with the boys now and then.  i don't even remember what prompted it, but the teen emerged from her room at one point like this: 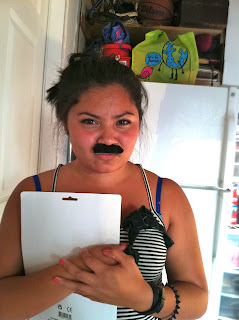 and when it came off, she stuck it on me. 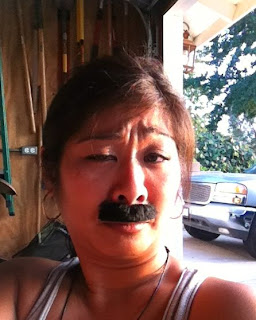 while we were out there, i managed to get through some of my own boxes and cleaned out some stuff i'd been meaning to get rid of for a while.  and then we all shared pizza in the garage for dinner while the teen and i pored over brother wan and the hub's yearbooks.  we giggled at the boys' school portraits, cackled at their sports snapshots, smirked at the notes from girls.  it was a good time.

at the bbq, i introduced aunt wan to something we both enjoyed immensely:  the st. germain champagne cocktail. 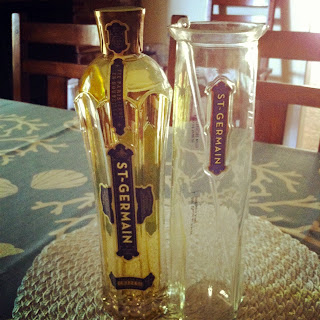 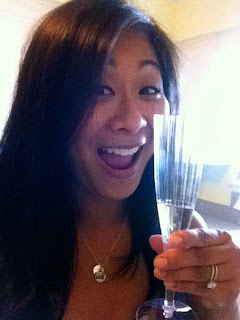 and the hub dressed up for the occasion.  yes, i did make the stupid face with the same prop in my hand for multiple photos. 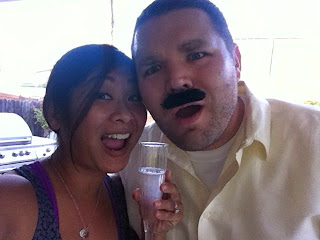 the grub was delicious.  man, i could go for a bite of that steak again right now. 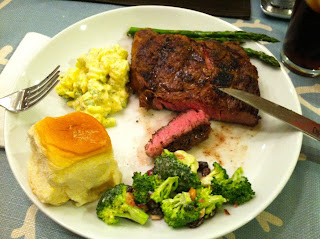 i managed to gather most of the party together for a group photo - minus g-wan, who'd ended up calling in sick.  no biggie - brother wan headed up to the mountains for a quick visit before he took off. 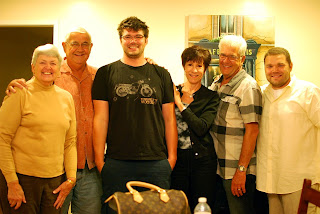 the teen probably wouldn't tell him, but she admitted it to me:  she's just as sad as i am to see brother wan go.  he's been in our lives since she was in kindergarten, and they've always had a really fun relationship.  when he spoke as our best man on our wedding night, he mentioned how happy he was to have the cutest little girl as part of his family.  i remember thinking how lucky i was to have married into such a wonderful, loving group of people who welcomed us into their lives so unconditionally. 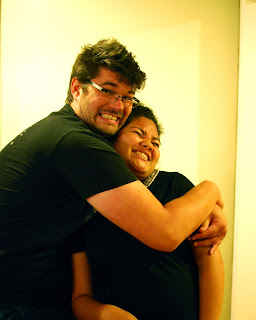 and the bean - oh, how she loves her uncle wan.  she really didn't understand any of this - "but uncle wan, WHY are you leaving?" 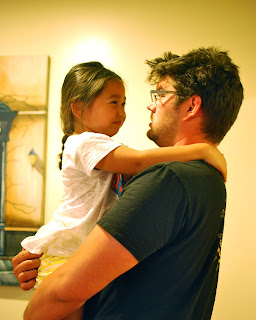 and on the last morning, she gave him one last sweet hug.  if i know him at all, he was rather verklempt at this particular moment.  and i definitely blinked away a tear or two as i watched them together. 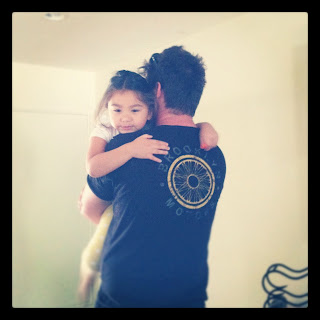 even though i'm really sad to see him go, i know he's totally going to make a fantastic life for himself.  he's in his 20s, moving to the next level in his career, with a great personality and a big heart.  we're all hoping he finds a sweet girl to settle down with and pop out some nieces and nephews.  but i'm worried about him too - he knows just one person out there, and i fear that homesickness will hit hard once the flurry of activity dies down.  of course, there are airplanes and telephones and facetime, but it won't be the same as hearing the key turn in the lock and seeing his grinning face coming in with a hearty "what up, yo!" (and the bean echoing that greeting with gusto).  i'm going to miss the incredibly silly and comical conversations we'd have over dinner, talking about plain ol' everyday topics and whatever new video just went viral on youtube.  and it was always fun to bounce ideas off of each other and chatting about cooking and baking.  i would get so mortified at finding out he was coming over for dinner when i had a tater tot casserole in the oven - gotta love serving that up to a cordon bleu-trained chef!  and yet he was always complementary of whatever i put on the table and thanked me at the end of the meal.

so just like his parents before him, we had to watch a truck with his whole life packed into it drive down the street, headed off to a far-off destination. 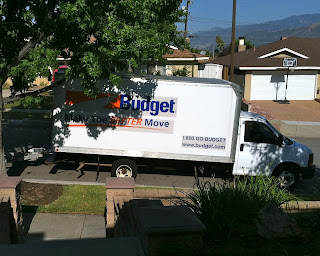 (those rental trucks are nasty, by the way - all sticky and smelly and gross.  ew)

we love you, brother wan.  travel safe, come home often, and kick some ass out there.  we miss you already.

oh, and sorry i was all sweaty when i finally got to give you a goodbye hug.  guess i should've waited a bit before popping in that yoga dvd.  oops.
at August 21, 2012