awww, you guys made me ink

after our cake decorating extravaganza, we bid goodbye to winnie and headed off in search of something delicious to eat.  and less than two blocks away, we found it: 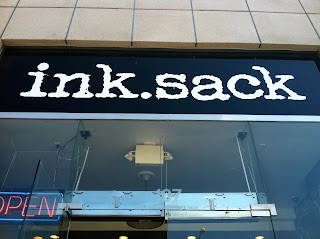 this, my friends, is a casual sandwich shop opened by none other than hottie chef michael voltaggio.  it's actually just a couple of doors down from his super cool and very popular restaurant, ink.  i've already hit up the hub to take me here for a date night sometime soon. 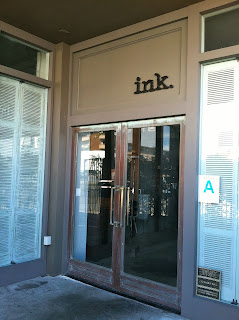 anyway, because the bean and mini cee were both crashing from the sugar high of decorating cakes for the last two hours, we decided to order our grub and take it home. 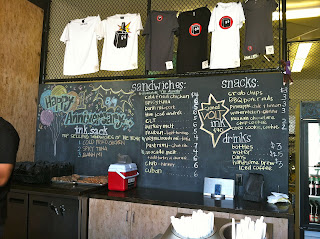 i actually wanted one of the girly-cut tees with the ink.sack logo, but i was told that they only came in a size small.  obviously, mr. voltaggio expects his ladies to watch their figures.  hmph.  i haven't worn a t-shirt in a small size in i can't even tell you how long.

check out the glazed-over look in the bean's eyes.  serious fatigue going on here, people. 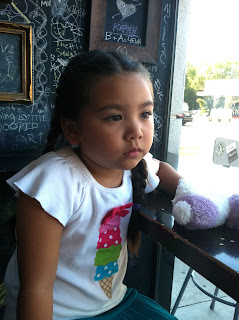 of course, she goes from that to hysterical laughter over absolutely nothing.  she gets really loopy when she's tired. 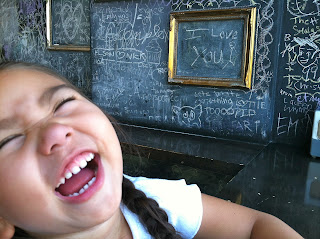 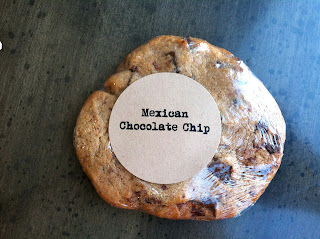 i liked the bags we took our sandwiches home in.  look, they're BFFs. 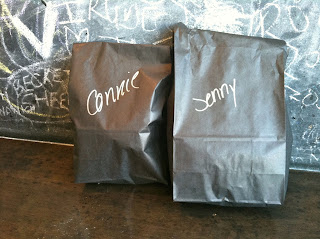 on our way home, we encountered this: 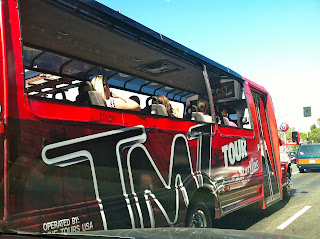 and yes, that's totally going to be an outing for us sometime soon.  we're even going to attempt to drag our friends weezermonkey and tater along with us.

as for the food?  well, here's the cold fried chicken sandwich - the most popular item on the menu, and deservedly so. 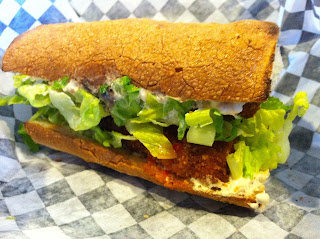 one of the pastrami short rib sandwiches may have found its way into my bag as well. 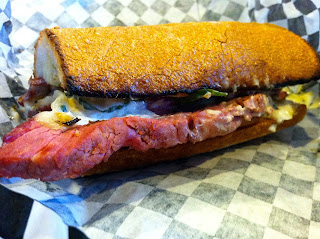 and lilcee was kind enough to slice off a piece of her spicy tuna for me to sample.  verrrry tasty. 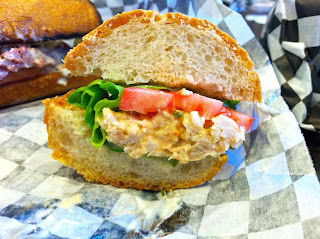 everything was super yummy and surprisingly reasonable.  the sandwiches are on the smallish side, but they're packed with flavor and worth every penny.  i'd definitely go again.
at August 20, 2012