there's no better way to kick off a new year than with separate day dates with my girls at the happiest place on earth.  well, duh.

winter break is usually the worst time to visit disneyland, because with everyone and their mother with time on their hands + fabulous holiday decorations throughout the resort, the place is stuffed to the gills every day of that two week period.  not to mention, the bean's annual pass is blacked out during that time anyway.  and so when the blackout period finally ended the day before she was due to go back to school, we headed out for rope drop. 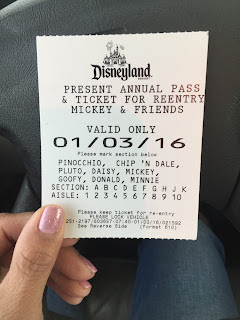 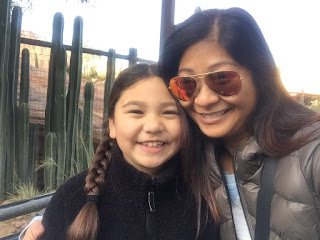 early sunday mornings at the parks are our favorite times.  it's really quiet and not nearly as crowded as your typical disneyland day - at least, not for a few hours anyway.  and when we opt to go into california adventure, we always head straight to radiator springs racers - first, we grab a fastpass for a ride later, and then hop into the line to take advantage of the early morning emptiness.  a mere 15 minutes later, we were done with our first ride. 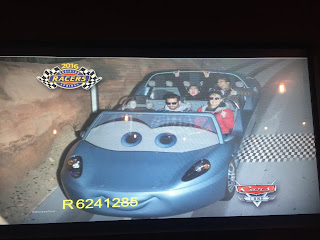 we walked right onto the fun wheel, where we enjoyed a quick spin and a great view of the (still empty) park. 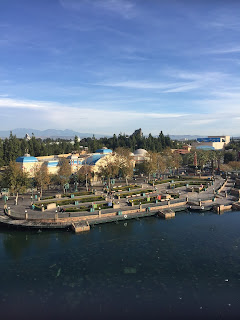 back to the races to use our fastpass! 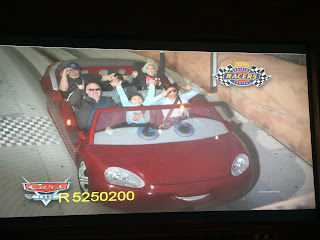 a couple more rides and then we were ready for some grub.  today it was bacon mac & cheese cones from the cozy cone in cars land. 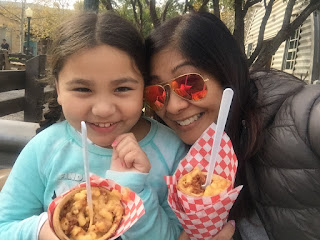 one of her favorite things to do is to take a drawing class in the animation academy.  when we got there, though, we'd just missed a session and found ourselves with 15 minutes to kill.  across the room was the entrance to the area where anna & elsa from "frozen" did their meet & greets, and so i sent the bean over to ask if a fastpass was still required to enter.  at the height of their popularity, you had to snag one right as the park opened to get a spot in line.  but it seems that people are all "frozen"-ed out, because we walked right in.  the bean got to spend a good amount of quality time with the princesses, who complimented her hair and admired my kristoff-like boots. 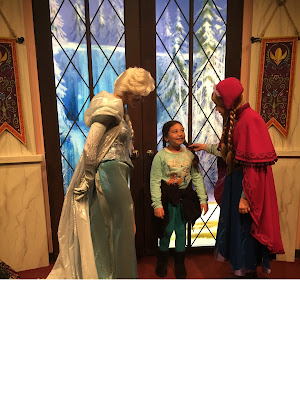 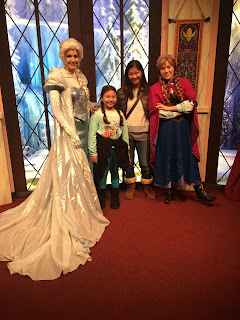 finally in the animation academy, we got to draw mickey from the "steamboat willie" era. 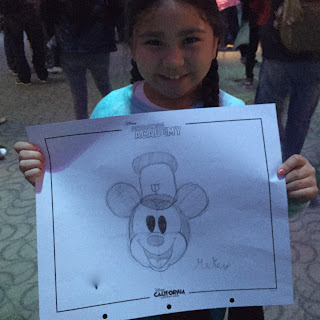 we even got to play in the snow again, thanks to olaf's snowfest area. 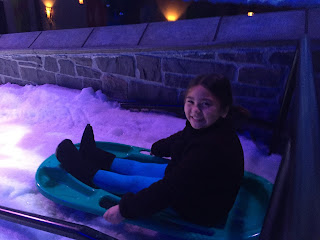 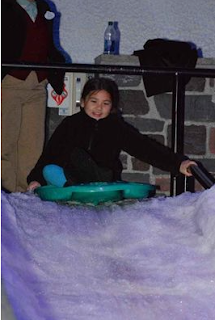 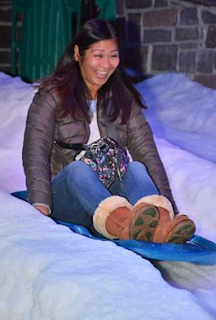 this week, it was the old lady's turn.  with no plans on one of her rare days off, we headed out as soon as we dropped her sister off at school.

except that we didn't realize that it's officially "off season" at disneyland right now.  instead of opening at 8:00 like we were used to, the park hours didn't start until 10:00.  no worries, though - we headed over to mimi's cafe to grab some breakfast. 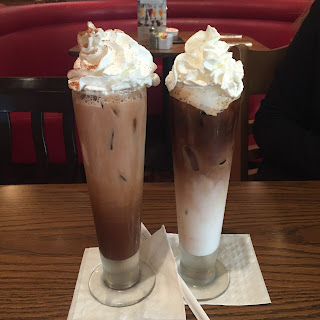 so much for off season, though.  the line to get through security was longer than most of our sunday rope drop mornings.  although most kids (that we knew of) were back in school, it seemed that a ton of people had been thinking the same thing we had.  not even the long list of attraction closures was keeping them away: 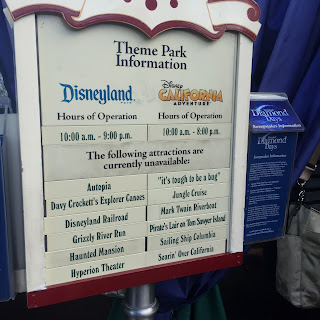 we breezed right through the bag check line since neither of us had a purse, although we both had a feeling we'd get pulled aside for the random metal detectors check.  sure enough: 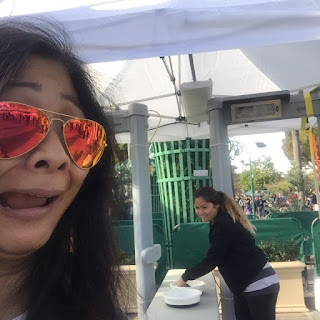 no worries, though.  we headed right to space mountain to grab fastpasses, and then 10 minutes later we were screaming our way up and down the matterhorn. 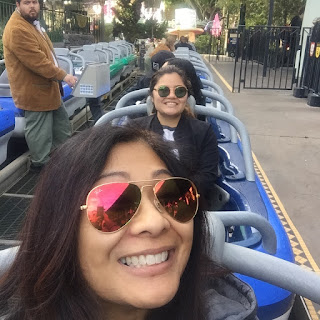 every time we walk through fantasyland, we pause and look up at the abandoned skyway station.  they're apparently going to demolish this thing with the construction of star wars land, which makes me sad.  although the ride has been closed for years, it's always kind of cool to find little pieces of disneyland history like this through the trees. 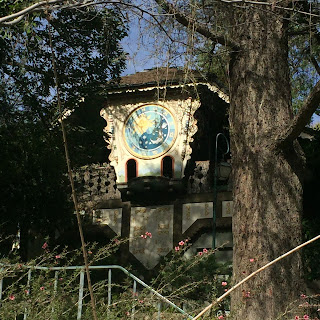 one more casualty of construction - the site of a lot of great memories. 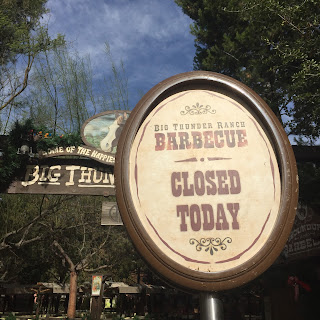 over in the california adventure side, we were saddened yet again as we walked past the hyperion theater and noticed that the marquee no longer referenced the long-running "aladdin" show.  instead, more "frozen" takeover...which is largely unwanted by just about everyone.  too bad the powers that be don't seem to listen to what the fans want.  i'd be happy with pretty much any other show besides "frozen,"  which i'm thinking is a sentiment shared by lots of other people. 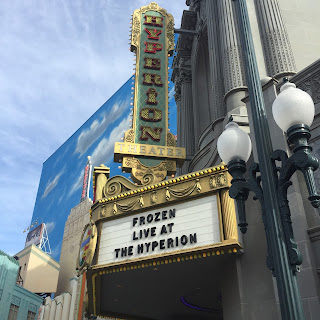 as we strolled through the park, we ran into an old friend, who paused to strike a pose for us. 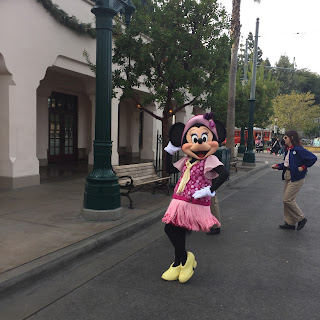 after running a couple of errands in downtown disney, we hopped onto an empty tram to start making our way back home. 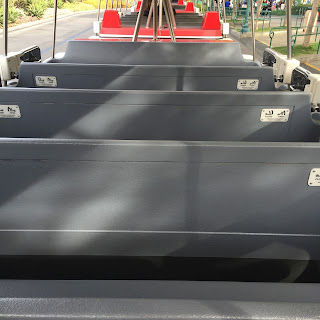 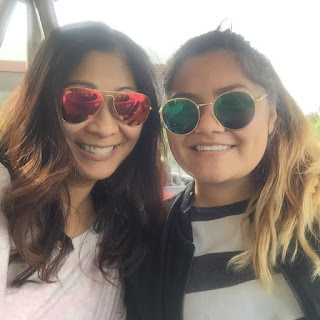