stretching out the soreness

the day after the star wars half was a holiday for the bean.  we'd signed her up for a fun cooking workshop at the place where we had one of her birthday parties awhile back, and she was excited to learn some new skills and eat some delicious grub.  the theme of the workshop was "southern favorites," and the menu included fried chicken sliders on homemade biscuits, coleslaw, oven fries with cajun dipping sauce, and mississippi mud pie.  sounded good to me. 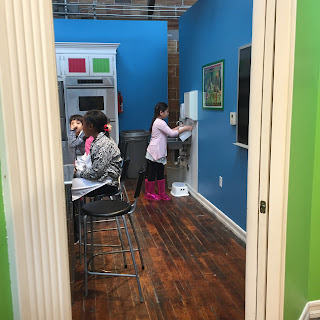 when i got home, i dragged the hub out of bed and got him to take me to the trail he recently discovered.  it's near an equestrian center, and not far from home. 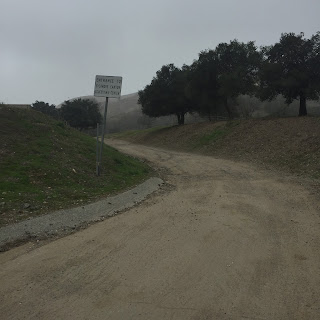 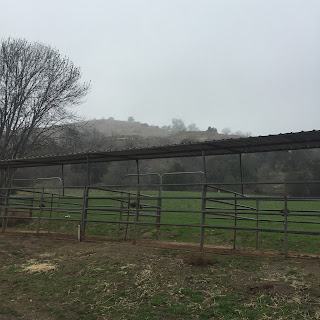 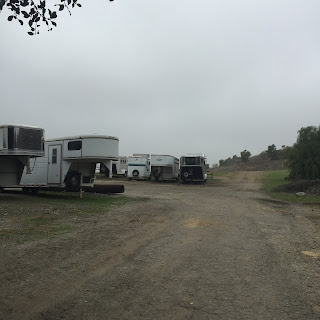 he'd taken the girls here one day, and as we got started i was more and more amazed that he'd managed to get the bean to do this hike.  steep hills are definitely not her thing.  the weather was perfect, though - nice and gray and chilly, just the way i like it. 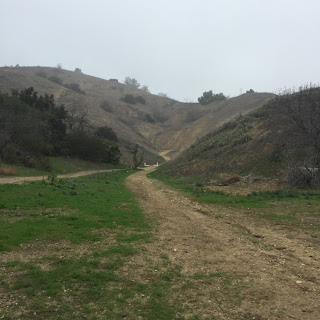 those hills, though.  while he was all gung ho and jogged his way up, my sore ass was screaming in pain with every step.  he was all like: 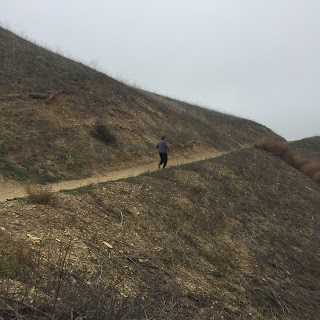 and i was all: 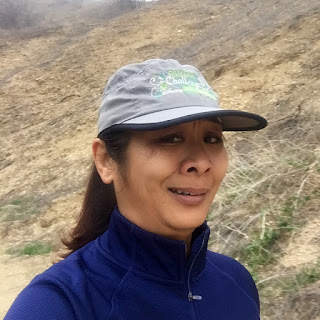 like the energizer bunny, he just kept on truckin' (checking on me every so often). 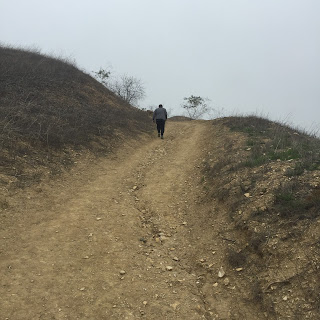 and then finally, finally, we were at the top: 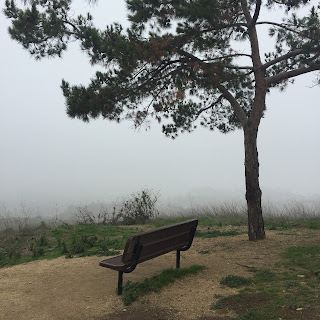 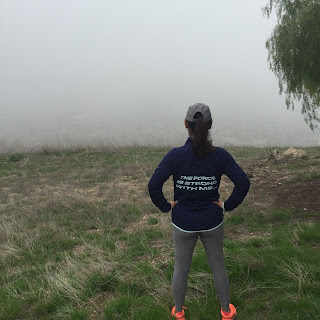 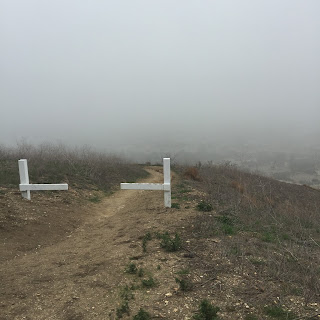 we stayed up there for a few minutes, catching our breath and taking in the view.  i want to go back on a clear day so i can actually see stuff, but for now this was just fine.  and then it was time to head back down. 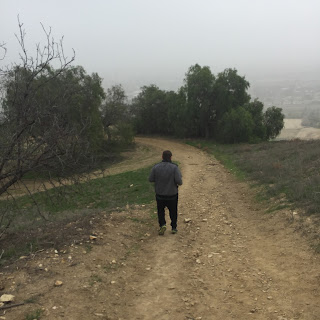 by the time we got home and cleaned up and stuff, we had just enough time to grab a nice lunch just a few doors down from where the bean was.  and when we went in to see how things were going right before the end of the class, we found her happily munching on all of her handiwork. 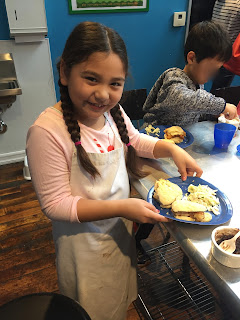 despite the fact that we'd just eaten, we were all in when offered samples.  and i gotta say, she did a fine job of making that meal.  we picked up copies of the recipes on the way out, and she promised to make us dinner one evening.

the next workshop is on president's day, where they'll be celebrating chinese new year with some orange chicken, egg rolls, fried rice and almond cookies.  mmmmmm, i can't wait.
at January 26, 2016

Email ThisBlogThis!Share to TwitterShare to FacebookShare to Pinterest
Labels: hiking, the bean can cook