from disney to dentist

thanks to a teacher inservice day right after MLK day this year, the bean had an extra-long 4-day weekend.  and per usual, we squeezed in as much fun as we possibly could during her free time.  mere hours after finishing that cooking workshop, we hopped right back into the car and headed out to the local roller skating rink to join our girl scout service unit's annual cookie kick-off party. 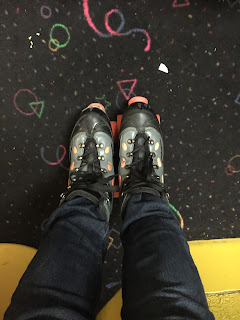 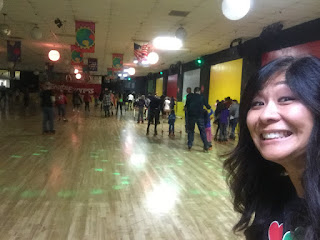 it was a much different scene for my girl this year, since she's put in a good bit of time practicing on roller skates.  she was much more confident and skated with ease, doing lap after lap after lap. 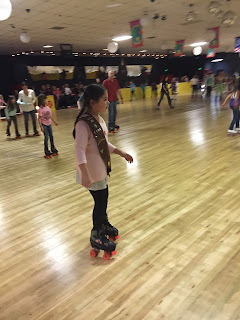 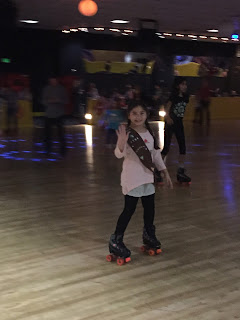 when she finally took a breather and came in search of a snack, i handed her a dollar and steered her in the direction of the vending machine.  granted, the choices were anything but healthy, but she tried her best to pick something that wasn't completely junky. 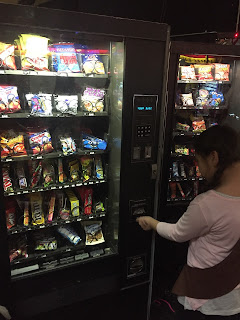 it was at this point that i realized that my kid is somewhat...sheltered?  because when she turned to me for help after trying to make her purchase, i found this: 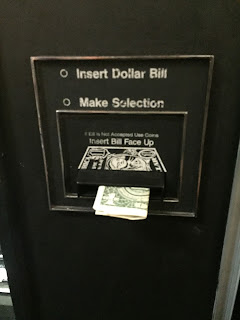 big LOLs.  i can probably count on one hand the number of times she's ever even seen a damn vending machine, so i shouldn't have been surprised that she had no idea what to do at one.

the next morning, we got up early and went down to disneyland for a few hours.  i'd been hoping that it'd be relatively quiet, with most kids in school and it being officially "off-season." 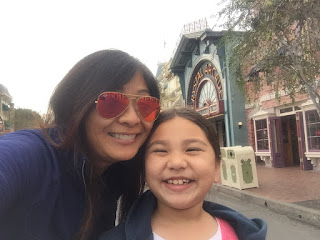 it wasn't, of course, because it's disneyland.  we managed to get on a couple of rides and grab a fastpass for indiana jones...except that it had broken down when we went back at our scheduled hour.  whatever's gone wrong is typically fixed pretty quickly, but we didn't have the luxury of time on our hands and instead went to tomorrowland terrace to grab some star wars-themed lunch. 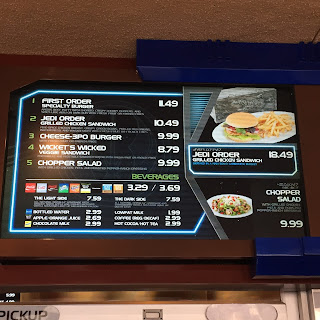 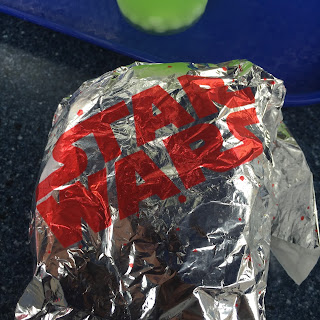 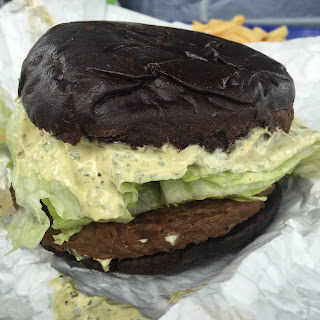 it was okay, but i hadn't realized it didn't have cheese.  bah!  i can't eat a burger without cheese.  well, i did, but only because i'd already coughed up the dough for this one and didn't have time to wait in line to have it fixed.  at least the fries were tasty. 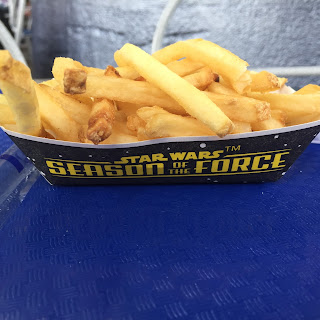 and we'd opted for the "light side" drink - a lemonade spiked with sour apple flavoring and served with these yogurt "meteors" that i thought might have been a bit like boba (because duh, star wars).  but instead, when you sucked them up through the straw they popped instantly in your mouth and were really...weird.  it did come with a little light-up millennium falcon though, so it was all good. 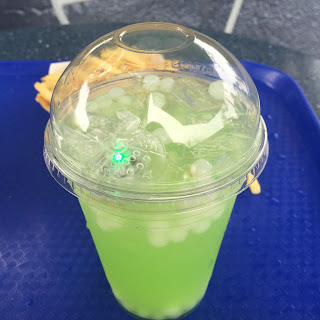 we capped off the day with a dental check-up for the bean.  with fun flavors for the fluoride treatments, pink goggles and a movie right over her head, this is an appointment she always looks forward to.  hopefully she never develops a fear of the dentist. 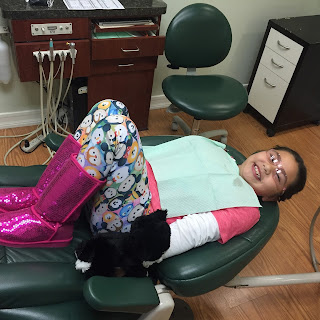 we were both pleased to hear lots of praise from both the hygienist and dr. eddie himself on how well she brushes, because who doesn't love compliments?  and for something like brushing your teeth?  sweet!  this turned into a "no cavities!" announcement (yay!), but ended with a referral to an orthodontist (boo.).  normally, they don't suggest orthodontia until all the baby teeth are out, but in the bean's case she has a bit of crowding in the front which is resulting in a bit of thinning out in her gums - enough for the dentist to be a little concerned.  once that happens, it's hard to bounce back since gums don't grow back without a ton of work.  ugh.  and so we'll be seeing the orthodontist in two weeks to see what they suggest.

Email ThisBlogThis!Share to TwitterShare to FacebookShare to Pinterest
Labels: dentists aren't so scary after all, disneyland, roller skating is fun