with the old lady on her way to see her special friend out in the desert, the rest of us dug out our snow gear and packed our bags to head up to the mountains for a few days.  it seemed to take forever, and probably looked like we were moving our entire house up there by the time we were done.  once the car was all packed and the dog was dropped off for boarding, we were finally on our way. 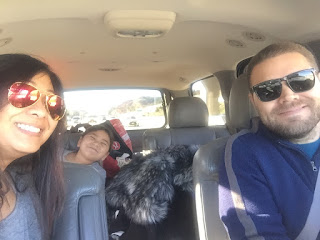 it was new year's eve, but despite the holiday we encountered little to no traffic on our way up.  and it turned into a fun game watching the temperature drop lower and lower, until we finally pulled up to the cabin and it was here: 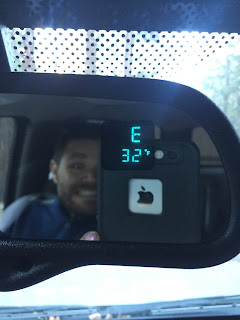 we were sharing the cabin with another family, but we were the first to arrive.  once we got the key out of the lockbox we trudged on in and checked out our digs for the next couple of days.  it was...definitely retro.  and not necessarily in the cool, hip way.  it actually looks fairly decent in these pictures, but we'll just say that it gave off a vibe of "nobody's stayed here in a very long time." 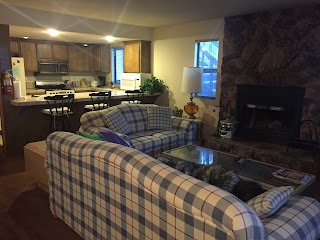 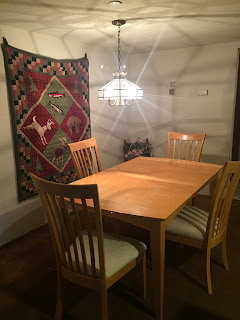 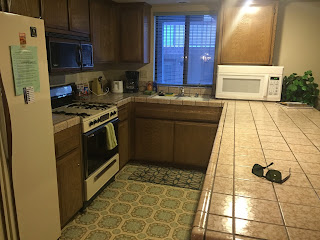 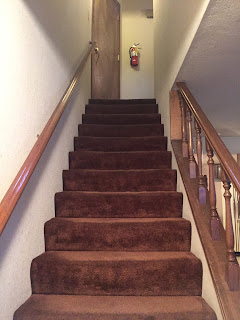 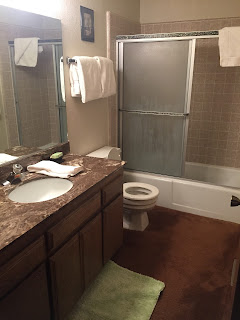 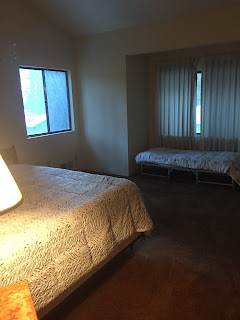 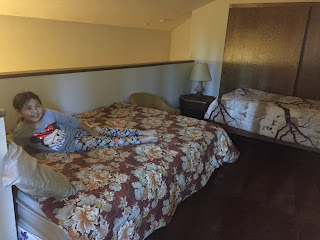 we found out later that the owners had just closed escrow on the place a couple of days before christmas.  in the bedroom we chose to share with the bean, we found new bedding and pillows, but that loft and the other room looked as if they hadn't been slept in in quite a long time.  and in the kitchen, we found a box containing a potato that had clearly called it home for awhile.  i couldn't bring myself to take a picture of it - that tells you how bad it was.  in the cupboards we found spices that had "sell by" dates from 1990.  not even joking.  that means that shit was probably purchased in the late 80s.  WUT.

it was in a great location, though, especially if you were big into skiing or snowboarding.  we were closer to the ski resort than where most of the daytrippers were parking their cars.  and the shuttle that took them from a remote lot to the entrance rattled right by us on a regular basis. 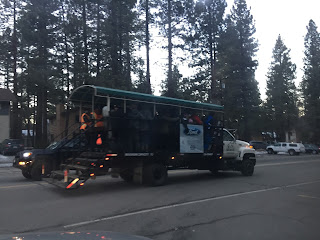 we decided to go out in search of some hot chocolate and a snack, and found ourselves in the "village."  the hub and i found ourselves doing a little reminiscing, since we'd celebrated our 6-month dating anniversary up here.  the restaurant he took me to is long gone, but the memories last forever. 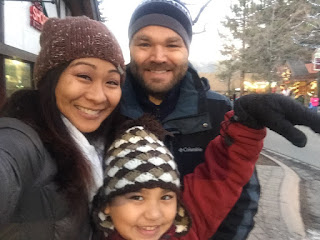 the hot chocolate was really good, as you can tell. 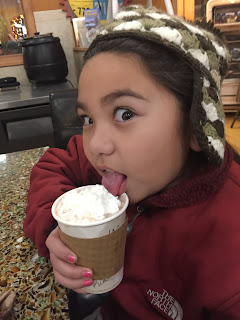 as it got dark, the temperature continued to drop and it got really cold. 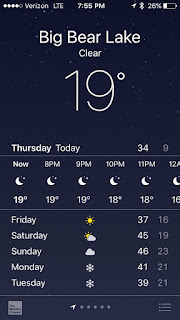 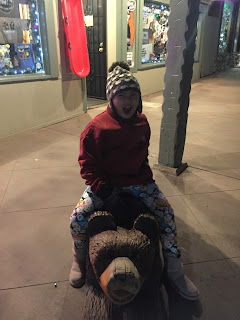 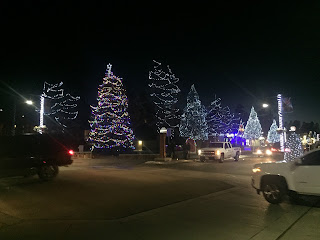 we found an italian restaurant on one corner where we were able to get a table fairly quickly.  and on new year's eve, that was no easy feat.  we were enjoying salad and breadsticks in no time. 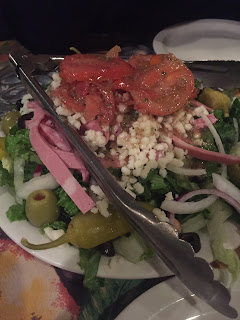 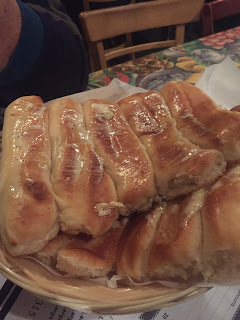 our friends joined us shortly after those were served and we stuffed ourselves silly with pizza and pasta.  on the way back to the cabin, we stopped at the grocery store to load up on snacks and breakfast goods, and found another photo op. 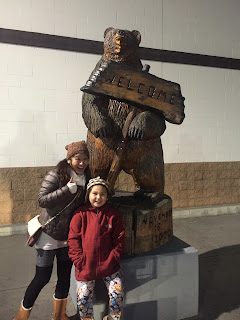 did i mention that the cabin had no cable, satellite or wifi?  yeah, that was fun.  and the signal was super weak, so we couldn't even use the data on our phones.  luckily, there was a dvd player and between us we managed to find enough movies to keep ourselves occupied for the few hours we needed to stay up before midnight rolled around.  i was bummed not to be able to watch the ball drop this year with ryan seacrest, but we all stayed awake long enough to celebrate the arrival of 2016. 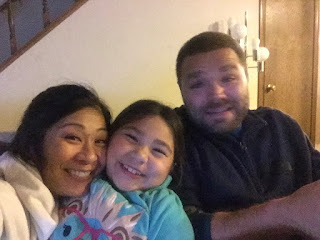 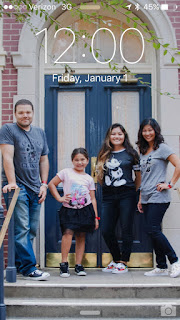 i'd brought along one of the giant party poppers i've been hoarding from a trip to chinatown a couple of years ago, and the bean was more than happy to take it outside and watch it explode into a shower of confetti. 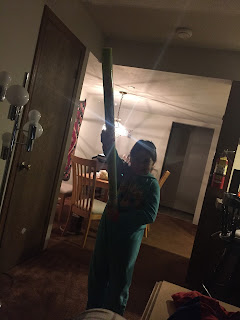