not exactly meeting this challenge

on friday, the newest 60-day challenge at xtend barre officially kicked off. 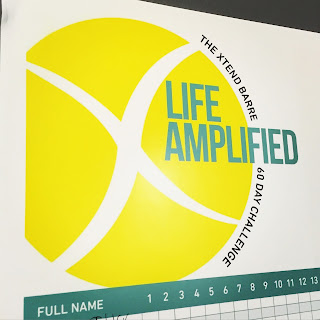 much like last year, this involves committing to not just a level of fitness (3, 4, or 5 barre classes per week) and diet (ranging from cutting out processed foods to dropping sugar + coffee + dairy - way hard core), but also a point system that tracks things like sleep, journaling, uplifting reading (smut doesn't count, d-oh), meditating, drinking water, calories, and a few others.  you subtract points if you break any of the rules, and then you're supposed to report your progress once a week.

i haven't even started keeping track of these things.  not only that, but i haven't made any changes in my eating whatsoever.  i had a half marathon to get ready for and i just didn't get 'er done.  i better get to it while those days are still fresh in my mind.  the whole thing relies on the honor system, but i'll be as truthful as i can with what i can remember.

this means that i probably shouldn't have made that trip to my local japanese supermarket in an effort to find more of those delicious j-snacks i got in my skoshbox.  except that i did.  and i've been doing my best to mow through most of it so that it's all gone and out of the house, joey tribbiani-style.

the old lady came with me, which probably made it even worse because we were both hungry at the time and scampered through the aisles, happily tossing things into the cart with reckless abandon.  the soft drink aisle was probably the worst one for us to visit, because we picked out items all helter-skelter as they caught our attention.  it was kind of crazy...like the description on this sign: 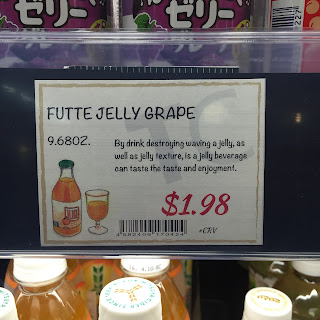 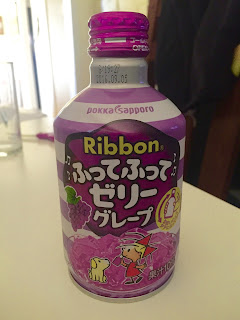 i surmised from this picture that i was supposed to shake it before drinking.  heh. 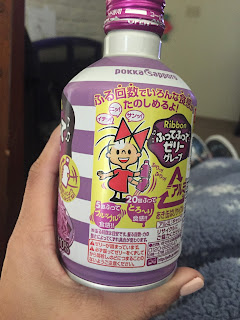 verdict:  it was like drinking diluted grape-flavored jello.  not great, not terrible, just...eh.  on to the next!

this one was pretty self-explanatory. 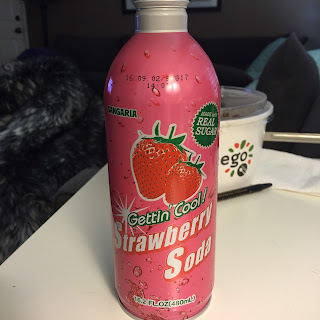 it was extra fizzy and not super sweet like most american sodas.  although i found this warning most amusing: 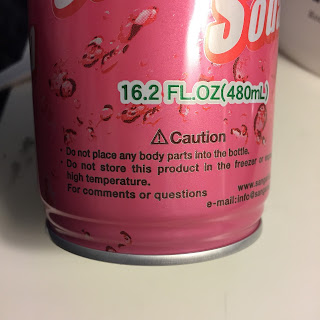 i mean...what the hell were people doing that resulted in them printing that on the bottle?  sheesh.

when i was younger, i was addicted to these canned iced coffee drinks that i'd pick up at any asian market.  i figured this one had to be just as good, right? 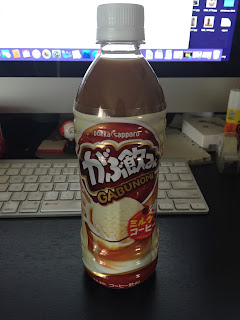 it was, by the way.  and next to it was this orange cream flavored soda: 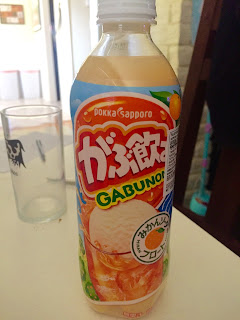 but i took one sip of it and handed it right over to the old lady.  it tasted exactly like cactus cooler (or st. joseph's orange-flavored baby aspirin, which is not a good thing), and since she likes that stuff i figured it'd be better off in her hands than in the trash.  ew ew ew ew ew ew ew ew.

i was really excited to find a shelf full of those corn puff sticks that i'd liked so much, except that i found that the yakitori flavor was nowhere to be found.  i settled for a package of teriyaki and another flavor called "ebimayo," which google tells me is an appetizer made of shrimp and some sort of  mayonnaise-based concoction. 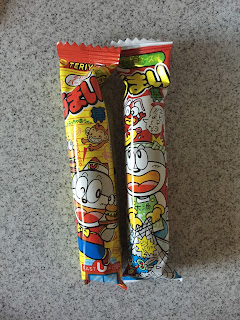 and while i wasn't 100% successful in finding more of those cute little panda face cookies, i did find similar ones made by the same company.  these are just as tasty, and even more adorable. 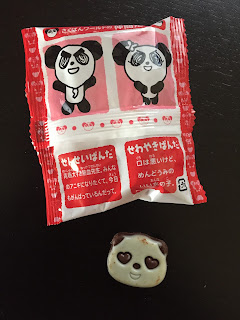 this box of caramel latte-flavored pocky didn't last long.  in fact, i gobbled them up so quickly and got rid of the evidence that i didn't take my own picture of it.  this is straight from google images.  needless to say, if you come across it, pick some up pronto.  and maybe send me some.  haha! 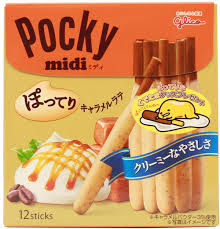 i don't know what possessed me to try these.  the little sign in front of them on the shelf said they were chewy soda- and grape-flavored candy.  i shared these with the bean, who thought they were fun to play with but not necessarily to eat. 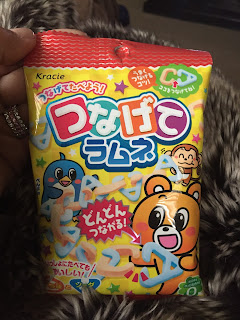 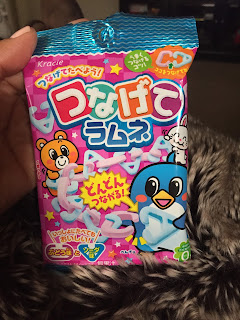 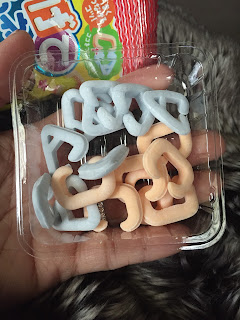 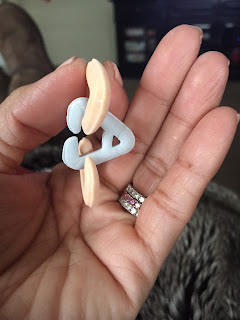 while i hadn't necessarily been successful with all of the snacks and drinks we picked up, it was tons of fun trying it all.  and it sure is a good thing that market isn't really easily accessible for me, because  there are so many other snacks to try that we didn't even get to examine very closely.

i guess we'll just have to wait for our next skoshbox instead.  i'm totally not being good about this diet challenge this year, am i?  and i'm not even sorry.  pwah!!
at January 19, 2016