on new year's eve eve, the girls and i headed out to pasadena to meet up with cousin seven for some lunch and to do a little christmas gift exchanging.  i wasn't sure how great an idea this was, considering that pasadena is quite the hub of activity during that time of year, but we were pleasantly surprised to find parking fairly quickly and painlessly.

we'd decided to try something that's been around for quite awhile, but hadn't gotten around to until now - umami burger. 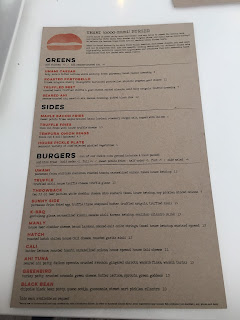 both the old lady and i opted for the burger that was advertised on the sign outside: 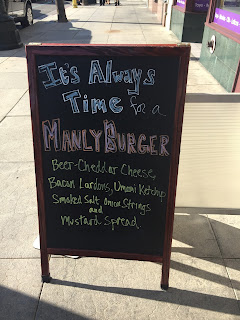 although i was mighty intrigued by the description of the first drink on the menu: 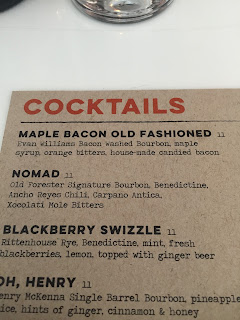 i decided to go with something safe instead. 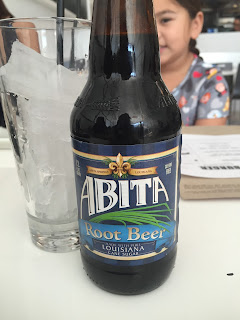 i'm not much of an onion ring fan (unless we're talking funyuns, in which case i'm all about it), but the old lady was craving them. 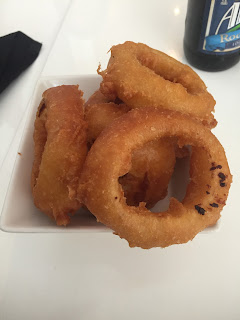 we were given an array of dipping sauces to try - truffle ketchup, garlic aioli, diablo hot sauce, and jalapeño ranch. 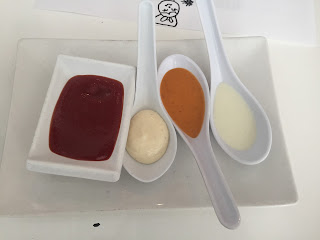 the bean had chosen the sliders and fries from the kids' menu: 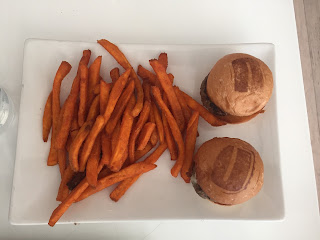 and here's my manly burger.  i offered the bean a taste of it, and she liked it so much she ended up eating about a fourth of it.  now we know what to get her next time we go. 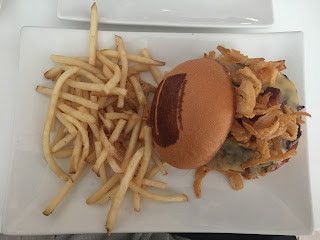 cousin seven had gone for gold and ordered the sunny side burger, topped with a fried egg: 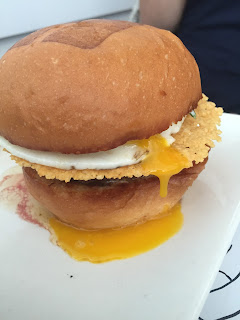 we had a nice time hanging out, chatting and laughing as always, and then seven had to take off and get some work done at home.  before we let her go, we managed to get a group selfie: 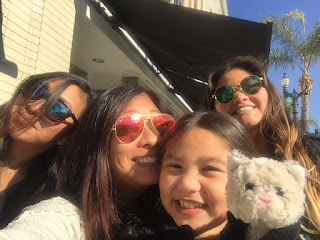 those fabulous kate spade slip-on glitter tennies i'd unwrapped on christmas turned out to be a full size too big, so we headed into the store to exchange them.  while we were waiting for the sales associate to locate a pair for me, the bean fished a few of these fruity-flavored candies out of the giant dish on the table up front. 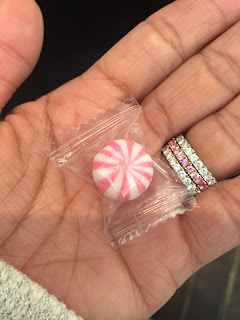 and she spied a cute little detail tucked away in a quiet section of the shop. 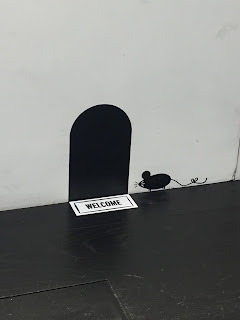 after a walk-through at urban outfitters for her sister and a quick stop at lululemon for me, we hopped back in the car and headed a little bit east to try something new for dessert.  i'd seen a number of my friends post pictures at this place and it sounded really good, so of course we had to check it out. 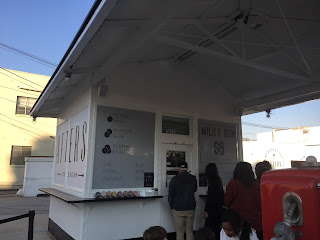 the "milky bun" was basically like a light donut that they stuffed with their housemade ice cream.  the bean just wanted straight ice cream, and she opted for the bright blue "cookie monster" flavor on a plain old cake cone. 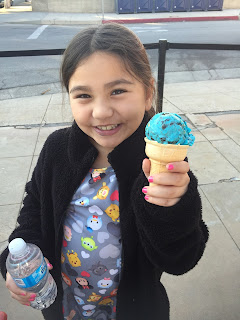 i tried the "milk & cereal" ice cream topped with cinnamon toast crunch sealed inside a glazed milky bun, while the old lady went for the strawberry cookie crunch ice cream with some sort of cereal topping, also in the glazed milky bun. 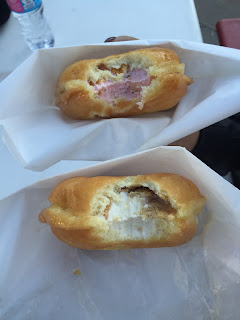 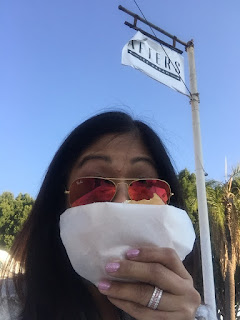 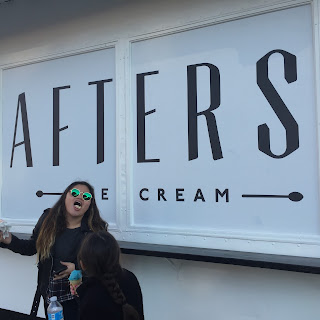 we ended up sitting in a good amount of traffic on the way home, but at least we were fortified with plenty of sugar to keep us awake.  oh, wait, that was just me since the two of them decided to nap all the way home.  not that i'm bitter about it or anything.  heh.
at January 06, 2016

Email ThisBlogThis!Share to TwitterShare to FacebookShare to Pinterest
Labels: ice cream fixes everything, operation get seven on blog as much as possible, umami burger