my running season has officially begun

so back when registration opened for the star wars half marathon at disneyland, i was still in the mindset of doing the l.a. (full) marathon.  i figured i'd be doing some seriously long training runs in preparation for tackling that 26.2-mile course and thought, why not just add extra miles after the half and earn a medal along the way?

and then i came to the realization that the idea of me running a full marathon is stupid.  haha!  seriously though...what was i thinking?  i was all pumped up from watching so many of my friends running l.a. last year and thought the "stadium to the sea" course looked so badass (which it totally is) and thought, well, i have a whole year to get ready for it.  i can do that shit!

except that i can't.  WOMP WOMP.

oh well.  this just means i get to participate in a fun half, in a theme i love anyway.  and check it out - i managed to get my hands on a kick ass costume! 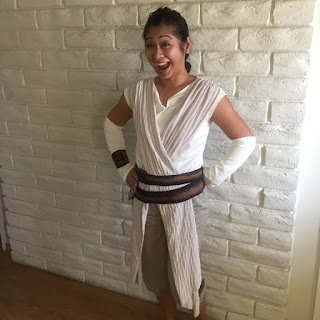 although i have to admit - as much as i'm untrained for that full, i'm also horribly undertrained for this half.  which is in three days.  oops.  i threw in a quickie 3-mile training run in the rain last week: 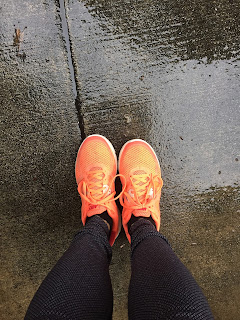 and then as i planned out activities for this week, i realized that i had time to squeeze in at least one good long run before the big day.  this is definitely not how i typically get ready for a half marathon!  usually i start about six weeks before with a weekly long run, beginning at 5 miles and increasing by a mile until i get in a 10-miler.  i always figure that i'll be good to get through a half as long as i can get that ten in there beforehand.

so yesterday, the old lady and i dropped the bean off at school, fought traffic to pasadena, and tackled the rose bowl loop.  i like going there for my long runs because it's so easy - each loop is exactly 3.1 miles (or a 5K).  i do three loops, double back a little at the end of the last one and squeeze in that last mile to get up to 10.  no measuring, no mapping out, easy peasy. 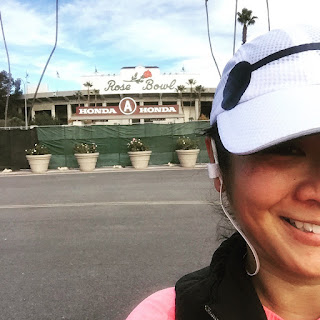 okay, not exactly "easy peasy" because it's still ten fucking miles of running.  and in my case, it's more of a run/walk.  i'm sticking to that 30 second walk/30 second run interval-ing thing i've been doing for a while now.  not only is it better for me physically, but mentally it's easier for me to tackle long runs if i know i can break it up like that.

but it's done.  the ten mile run is done, and now i can rest a little and get myself ready for that half.  it's the first of the year, with hollywood next and then tinkerbell after that.  let's do this shit.
at January 14, 2016

Email ThisBlogThis!Share to TwitterShare to FacebookShare to Pinterest
Labels: rose bowl, running my ass off, training