the next morning, i stepped outside to see exactly how cold it was and came across the aftermath of the bean's giant party popper: 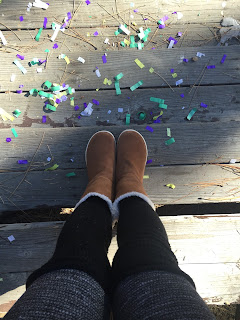 on our way back from the nearby 7-11, where we'd gone off in search of bagels and coffee, we drove through the swanky part of big bear and came across this friendly doggy. 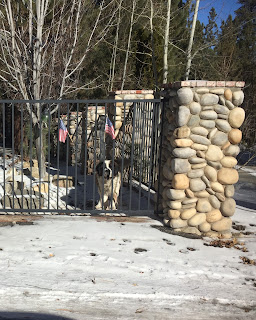 and then after debating our options for sledding, getting our gear on and finding some lunch, we finally made it out to play in the snow. 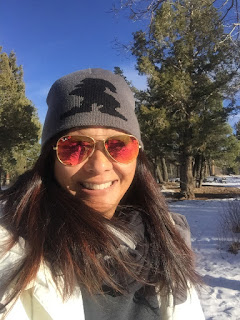 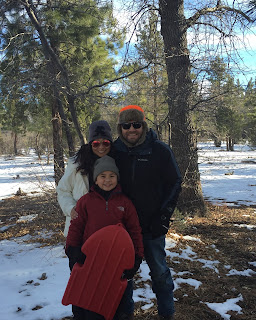 instead of the insanely popular tubing parks, we decided to hit up a quiet area that the hub used to play in when he was a kid.  remember, g-wan (may she rest in peace) lived in big bear for years and years, and he and his brother would come up to stay with her and grandpa wan and frolic in the snow when they were little.

he's not so little anymore, but he still knows how to have lots of fun in the snow.  and free, no less. 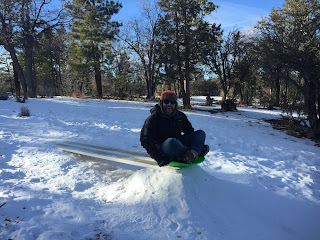 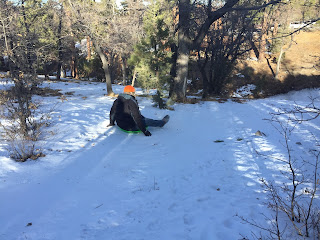 the bean and i decided to take advantage of a nice, fresh snow angel-making spot. 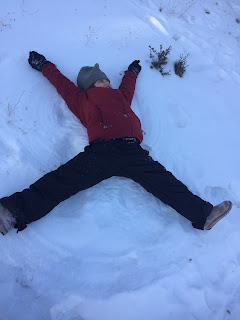 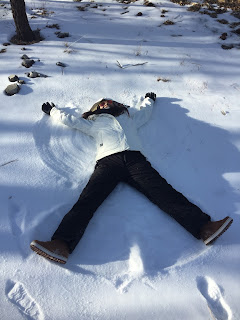 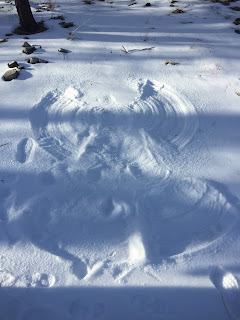 it was just after we got up from that little exercise that we realized we were being watched. 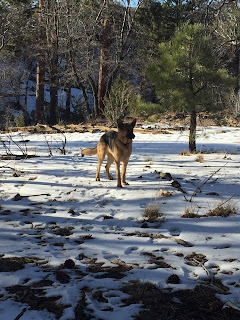 thinking he was perhaps lost, we snagged a peek at the tag on his collar and called the number listed on it.  turns out we were the interlopers, as his owner informed us that max the dog was simply roaming around on his own 10-acre property.  he lost interest in us when he spied another dog being walked not too far away, and ran off to check him out.  and so we went right back to doing what we were doing before he showed up. 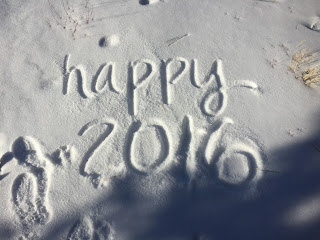 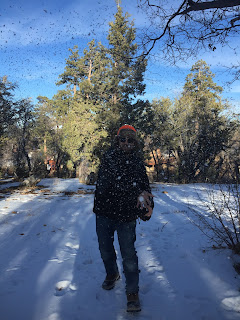 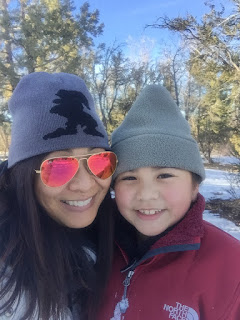 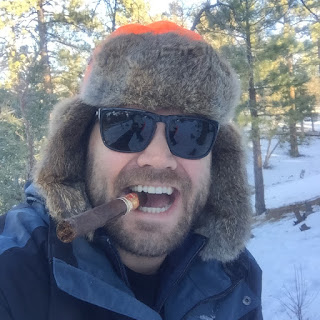 everyone took turns on the plastic sleds we'd brought. 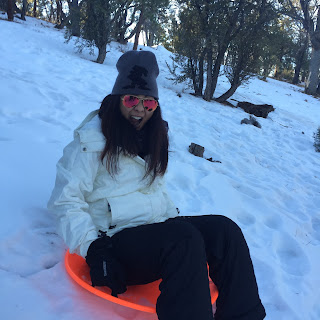 so much fun - and i can't wait till we can go back to sled some more.


on our way back to the cabin, we side-eyed the groups of folks who were ignoring the "thin ice" signs down on the lake.  talk about living dangerously. 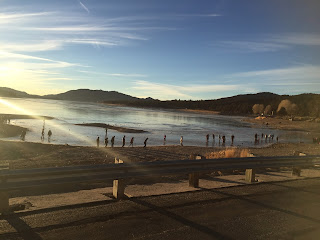 and then we capped off our day with a great dinner at the hacienda restaurant.  this might look like a hot mess on a plate, but it's a nice slab of carne asada topped with a cheese enchilada and a side of mexican rice.  it was so damn delicious, i literally scraped my plate clean. 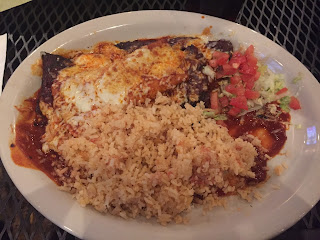 after all, i'd worked up quite an appetite.  i'd earned it, right?