with our hotel check-in time still hours away, we decided to head out of the disney property in search of something to eat.  with this group, finding something that everyone likes is fairly easy - and not more than ten minutes away we ended up here: 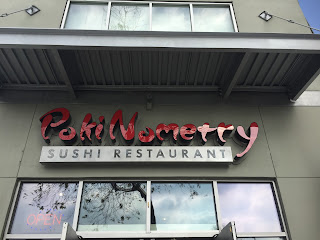 because who doesn't love a little poke for lunch?  apparently, everyone and their mother, because the place was jam-packed.  as usual, lilcee worked her magic and snagged a table that was just big enough to seat all seven of us.  no easy feat, let me tell you.  but it was worth the effort as we all got settled with our bowls and dug in. 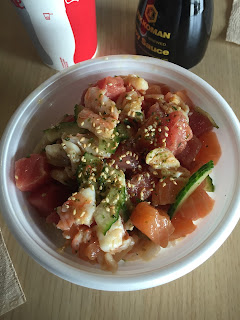 we'd spied something interesting across the street on our way into the restaurant, and so with nothing but time on our hands we decided to check it out.  apparently, we were in hipster territory: 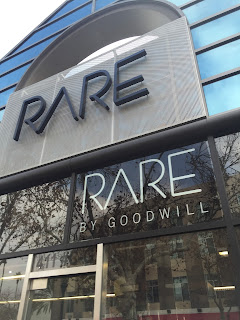 i guess this is where goodwill ships off all the stuff that's just too cool for their regular old stores.  as dailygluttony remarked, it was very urban outfitters-esque in there: 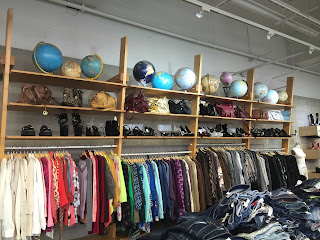 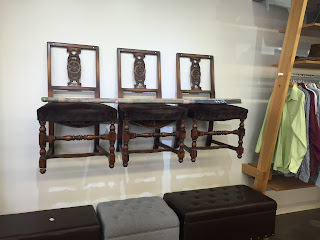 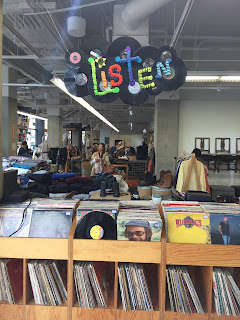 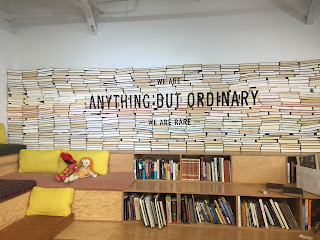 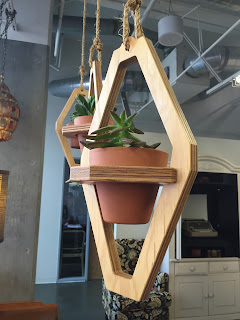 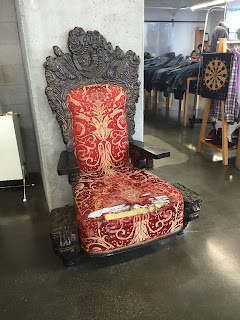 the kids made themselves comfortable in what looked like my living room in the 70s. 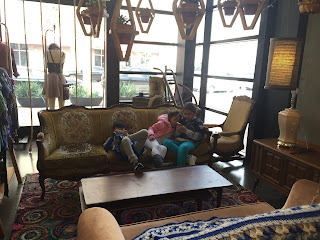 and there were lots of super old school pieces of equipment that had us all walking down memory lane. 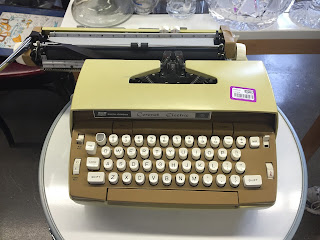 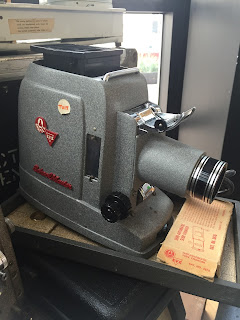 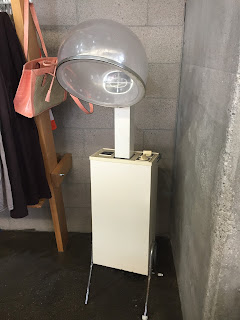 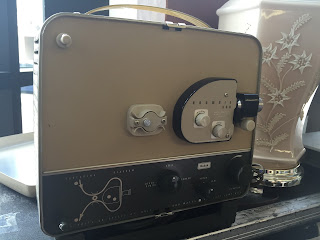 there was also a pretty good selection of new items, which looked like they were maybe warehouse rejects or something. 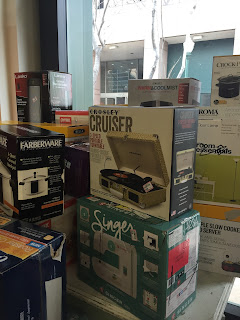 when we'd seen all there was to see, we decided to walk the few blocks over to the anaheim packing house.  after all, we had a race to carb load for, and it'd already been at least an hour or so since we'd eaten.  no better time for a snack, right? 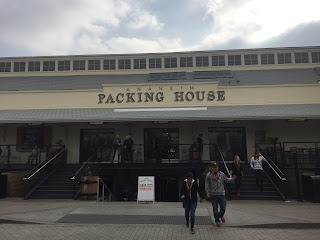 as always, it was super crowded in there.  we stopped here to grab a treat and headed outside to let the kids run amok in the park. 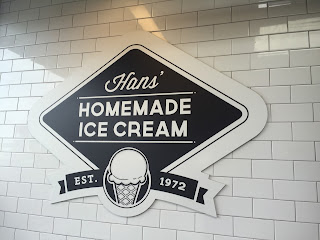 astroturf for the win. 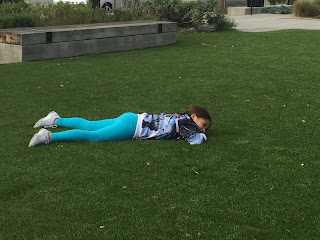 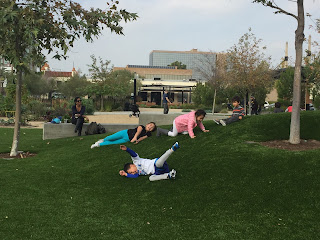 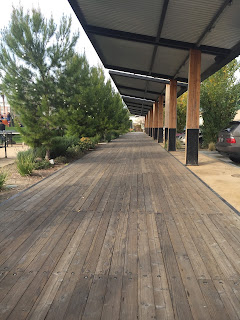 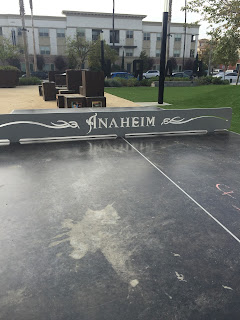 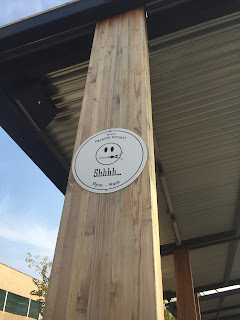 the hub, who was coming through the area after running a couple of errands, came to join us for a bit and say hello.  i went inside with him to find a sandwich or something for his lunch, which we found along with this "gelato flight." 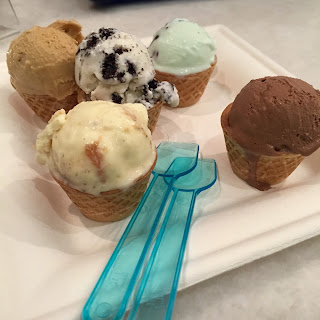 after he took off to put in some time at the lounge, we found that it was finally time to head to the hotel and check into our room.  while we didn't end up getting one with a view of disneyland (which would have given us a birds-eye view of the fireworks show, but that's okay), we were very pleased to find ourselves in a suite the size of a small apartment. 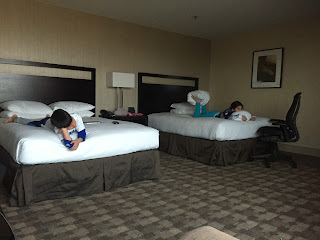 everyone had a chance to unpack and unwind a little, but before we got too comfy we headed back out to grab an early dinner.  with free transportation courtesy of run disney, we decided to forego the separate vehicles and caught the bus back to the packing district. 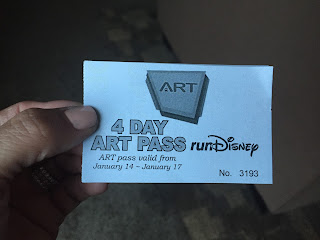 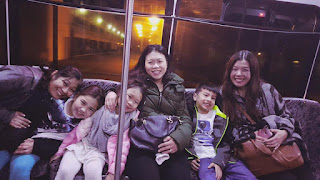 it'd been a long day, and we had a super duper early wake up call the next morning.  amazingly enough, everyone was in bed with lights out before 10:00.  we were one pooped bunch.
at January 21, 2016

Email ThisBlogThis!Share to TwitterShare to FacebookShare to Pinterest
Labels: food is better with friends, shopping, we love poke