so it's kind of crazy how long my hair had gotten.  like, i know i see it every day and all, but you know what i mean.  because look: 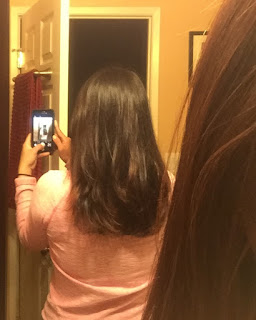 i'm a little ashamed to admit this, but i was sitting with the old lady while she was hate-watching an episode of the kardashians one night and caught a glimpse of khloe's new lob haircut.  not to mention, my friend weezermonkey had expressed some interest in a similar cut, which kind of helped get the wheels turning in my head.  on top of that, the old lady said "your hair's gotten boring, mom.  time to do something different."

and so when i went to see my hair lady for my standing appointment to cover the grays (because i am old and crusty), i had her add on extra time to do some highlights, a cut and style.  here's my before picture: 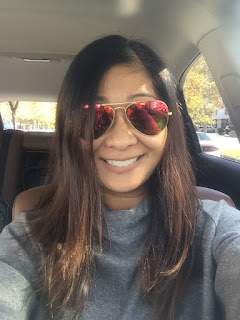 while she snickered a little at my photo of khloe that i showed her as an example, she had to agree that it was a cute cut.  so after throwing a cape over my clothing, she whipped out the scissors and snip, snip, snipped away.  i was a little alarmed to see how much she swept up off the floor when she was done: 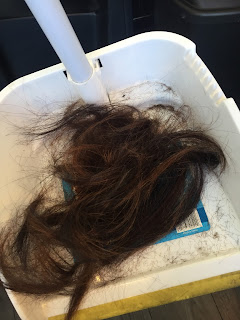 then i got to spend some time with a head full of aluminum foil. 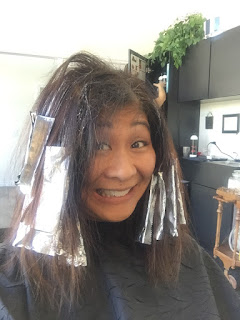 i finally got to do something i've been wanting to do since last summer - some peekaboo pink streaks tucked away in the back. 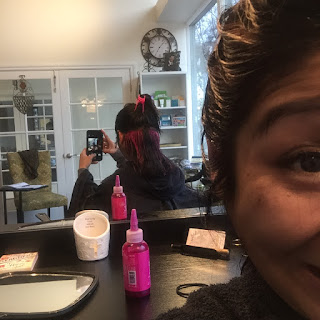 it looked so cool when it was done: 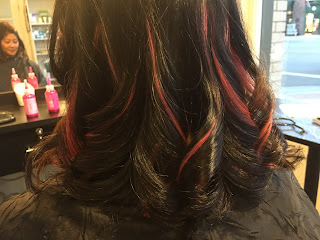 i never did take an actual "after" shot - at least, not one that i don't look stupid in that i'd be willing to post.  heh.  but i can tell you that the pink has faded quite a bit, so the old lady has already volunteered to help me touch it up.  and i've been experimenting with all of my various curling tools, so on a good day i look like this: 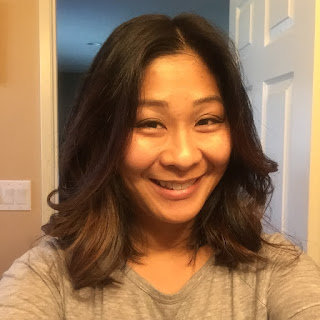 yay for new hair!  i'm really digging the new length.  i do admit that i might miss my old hair a little, but it's nice not to have to spend too much time blowdrying anymore.  and it'll grow back...probably faster than i want it to.  ha!
at January 29, 2016

Email ThisBlogThis!Share to TwitterShare to FacebookShare to Pinterest
Labels: hair