after five years of faithful service to the house of wan, pixie has informed me that she will be retiring and relocating to the north pole on a permanent basis.  or, she's decided that the bean has gotten to the point to where she's such a good girl, she doesn't need an elf to report to santa on her behalf anymore.  come next year, she'll be helping a whole new family with delivering wish lists to the big guy and watching over kids to be sure they're not misbehaving.  she plans to finish out this holiday season with us, and then on christmas eve she'll leave the bean her final goodbye note and give her permission to hug her one last time.

although i must admit, i'll be sad to see her go.  we've had some good times with our little elfette and she's brought some great entertainment to our house over the years.  i'm kind of getting a little choked up over it as i think about it.  hmmm.

in the meantime, here's a recap of her shenanigans over the last week.  one day, the bean asked me if i knew where pixie's storybook was.  well, she must've been listening, because the next morning we found this on the table: 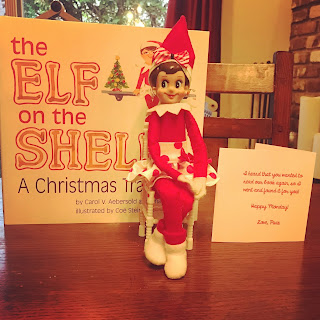 and then the old lady was rather pleased to find a nice surprise in the form of her very own christmas countdown calendar, delivered by pixie herself. 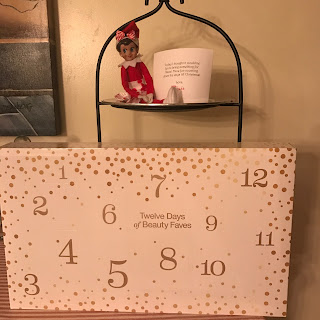 she must've been tired after lugging that big awkward box all the way from the north pole, because the next morning she was just kind of hanging out. 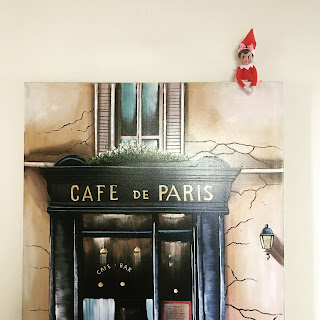 her next present wasn't as successful.  the "snowballs" that she brought back "melted."  heh. 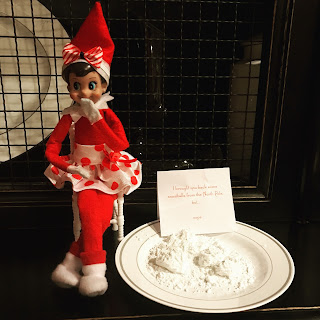 and then she crash-landed right in one of the scissors hooks on my sewing pegboard. 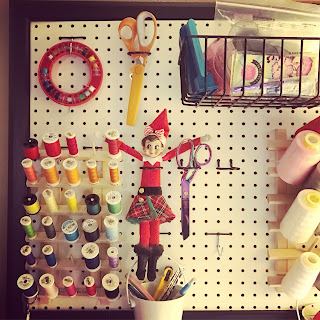 she's been waiting a couple of years to try out this googly eyes trick.  and it looks way creepy in the picture, but i promise you it wasn't that freaky in person. 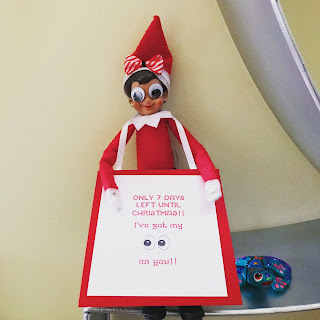 barbie decided to join in on the fun again and they enjoyed game night together. 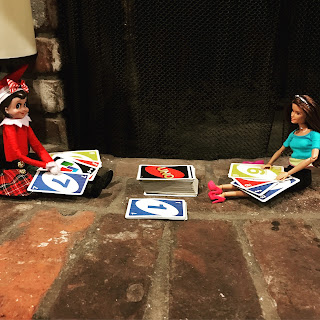 only five shopping days left till christmas!  it's almost here!
at December 20, 2016