a few weeks ago, one of my school mom homies invited me to join her and a bunch of other moms to do one of those "wine & paint night" things at a local restaurant.  she even had a promo code that took the ticket price down to half, and so i roped the old lady into going with me.  we weren't really anticipating doing a bunch of drinking, but just to be safe we hit up uber for a ride.

when we got there, the group was already a couple of margaritas and some nachos down.  we hadn't been able to get there any earlier, so we just kind of hung out and chatted with everyone as we waited for the event to start.  we found seats at a table near the back and looked over the supplies that were already set up for us. 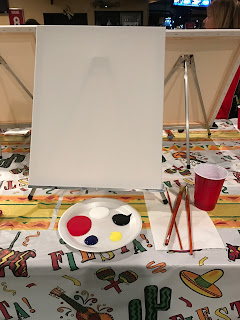 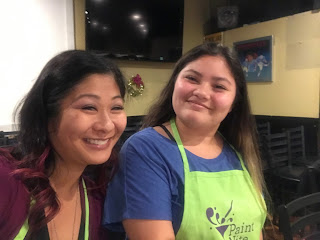 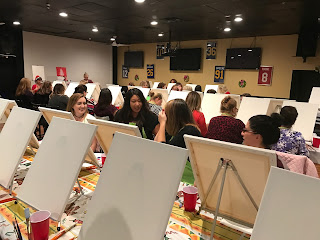 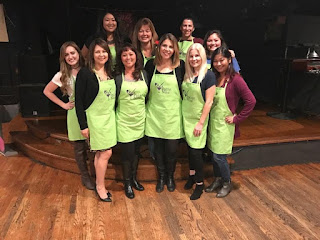 so while i can do a halfway decent job with a cookie and a bag of frosting, i'm not really a very good artist.  i leave that to the bean, most times.  but whatever, i'm always game for trying something fun and new.  and the first step was easy enough - draw a horizontal line somewhere on the bottom half of the canvas. 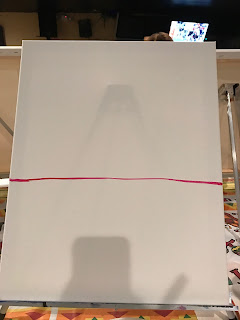 and then fill in the top half with red paint, still using horizontal strokes with the large brush. 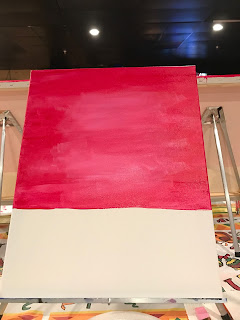 and then my margarita arrived... 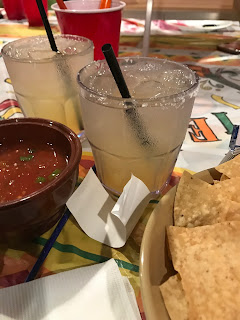 we were starving, so we also ordered some grub.  a couple of shrimp enchiladas hit the spot. 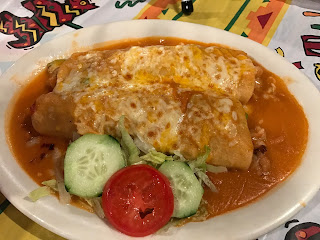 apparently i was really into what i was doing here: 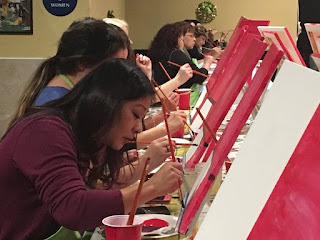 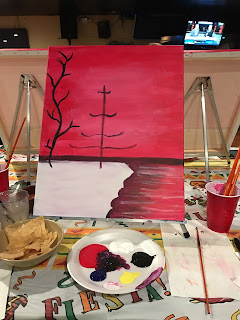 the staffer who was roaming around taking photos got this one for us: 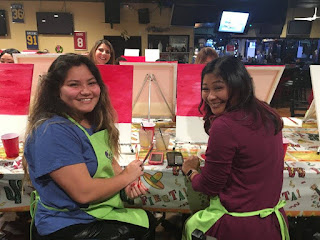 and then we photobombed our friends on the other side of the table. 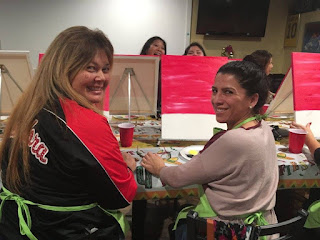 when we were done, we took a group photo with our masterpieces. 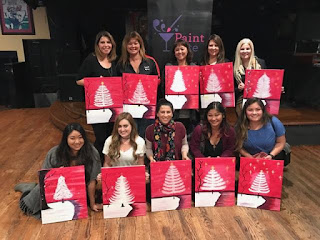 Email ThisBlogThis!Share to TwitterShare to FacebookShare to Pinterest
Labels: girls' night out, wan is no artist