ringing in the holidays, disney-style

it's been quite a while since we got to participate in one of the disney parks blog's fantastic free meet-ups.  because they're so popular and fill up almost as soon as they post a link to the registrations, i've missed the last few.  so i was pretty excited when i managed to catch their tweet about a casual meet-up to see the new holiday version of "world of color" at california adventure.  each registrant is usually allowed one guest, and i was able to get both me and the old lady in so that all 4 of us could attend.  the only sticky part was that it was on a wednesday night, which i'm not typically cool with since it's a school night.  but i figured that since the park closed at 8:00 that night anyway, it wouldn't be a super late night and the bean could sleep on the way home.

we arrived around 5:30, and check-in at the box office was pretty easy with just a couple of people in front of us.  we were given four of these envelopes: 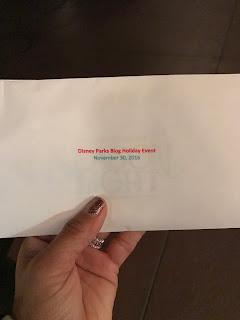 and inside each one was a park hopper ticket for the day, along with six of these vouchers for food at the various "festival of holidays" kiosks: 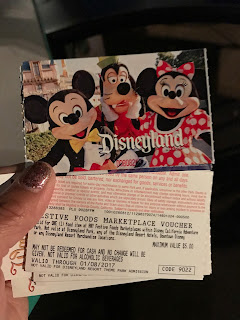 plus a fastpass for the world of color show: 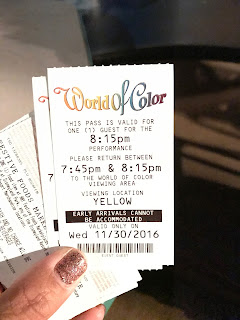 and a bag tag...although since it's printed on both sides and no pocket to slide in a card with identifying information, i'm not really sure what the purpose of this piece of plastic really is. 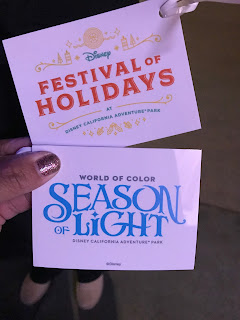 we headed towards the kiosks to grab some food and ran into some friends. 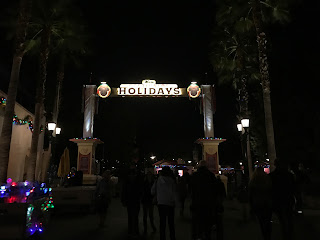 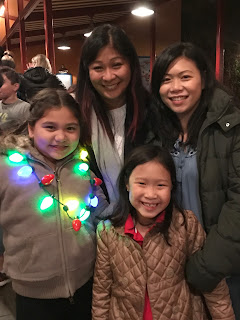 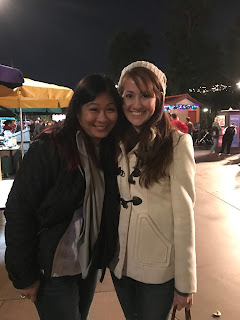 the girls had a great time making their own dreidels at the craft booth. 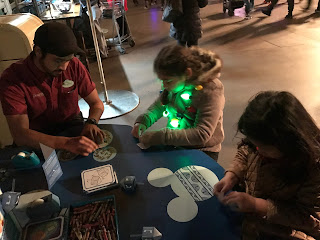 these two are silly. 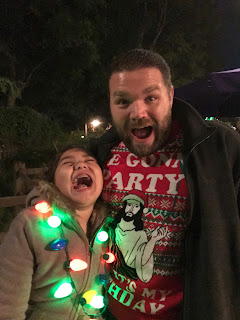 it was a chilly night, but it's always so pretty to see the park all lit up. 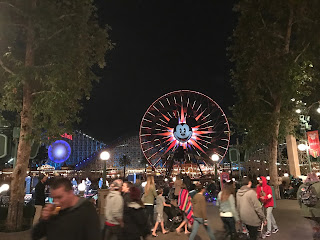 the girls were super stoked for this unexpected playdate. 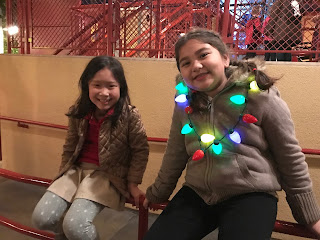 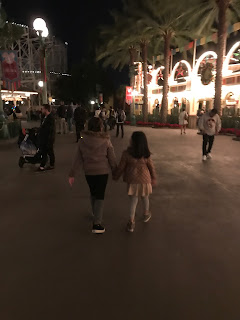 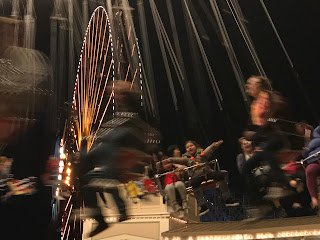 we managed to snag some pretty sweet spots for the show.  while everyone around us had to stand up, we somehow were able to sit on the steps and enjoy it in relative comfort. 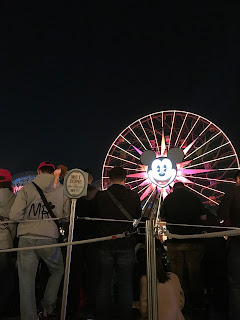 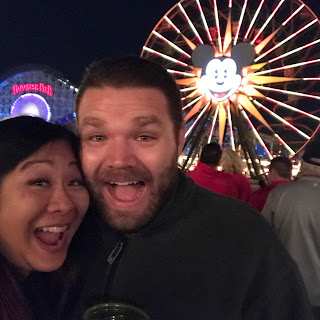 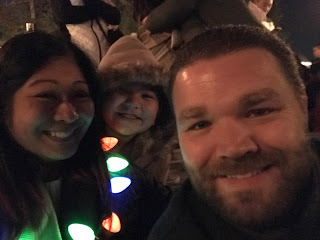 if you haven't seen the world of color - any version of it - it's really good and totally worth the wait.  there is a kiosk to grab fastpasses, which guarantees you a spot somewhere in front as long as you get there in time.  the spots are on a first-come, first-served basis, so get there early. 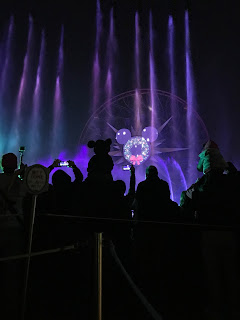 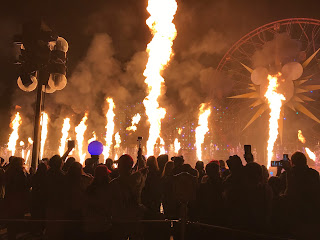 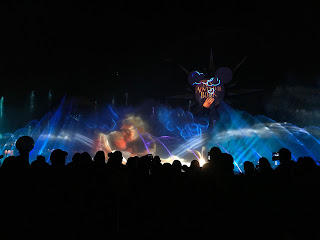 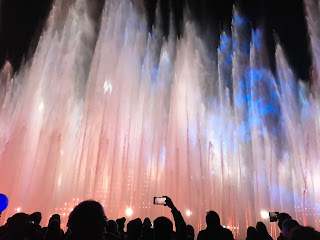 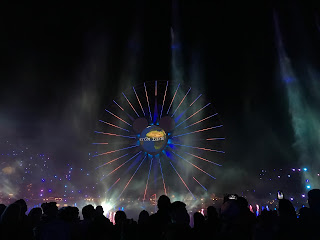 there was a machine near us that was putting out clusters of bubbles that they magically formed into hearts. 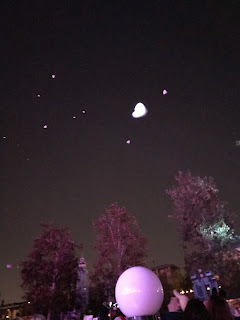 and then when the show was over, we could see the fireworks on the disneyland side as we made our way out of the park and towards the tram. 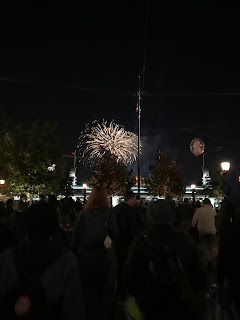 i really want to get back at least once more before our passes are blocked out for the holiday break, because we still have a few of those food vouchers and they're only good as long as the festival of holidays is going.  plus, we have yet to see santa.  that's definitely a requirement.

maybe we'll sneak in a trip after school in the next week.  it's hard to believe, but the clock is ticking and christmas will be here before we know it.  yikes.
at December 08, 2016