can you believe it - this is my very last "pixie the elfette" post EVER!  i can hardly believe it myself.  and of course, she spent her final days with us doing all sorts of silly things.  one morning, we found her set up on the table with a fun little trick she must've found on youtube (click on that link if you've never seen it before, because i don't have a video of my own to share): 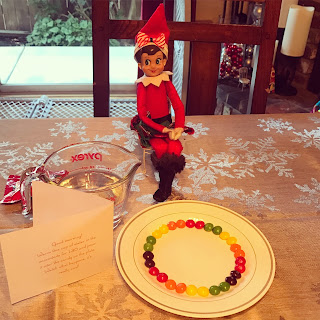 all those trips back and forth to the north pole are pretty exhausting.  she decided to throw on a robe and slippers and kick back when she got home one morning. 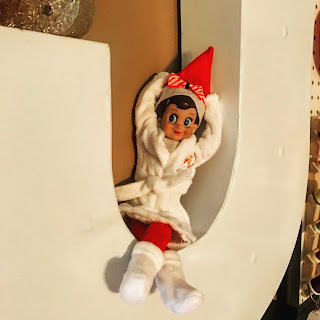 we never did get around to putting the star on the tree this year.  and so i suppose she decided to take matters into her own hands.  she put on her best dress and perched herself up there - although when i posted this picture on instagram, a couple of friends pointed out that that top tree branch looked rather, um...phallic.  oops. 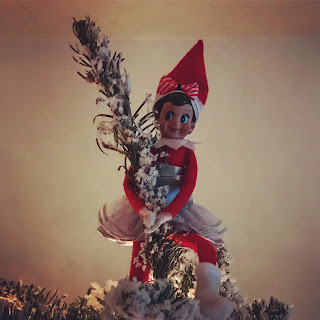 from the looks of it, she's about as good on a pair of ice skates as i am.  fell flat on her bum, she did. 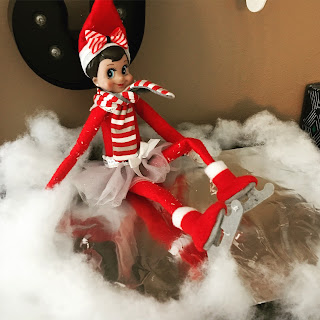 on christmas eve eve, she was actually all set up with her apron on and the ingredients for cookies all laid out in front of her.  but then she realized that it was actually going to be her very last trip to our house, so she sat down at the computer and wrote her final goodbye note. 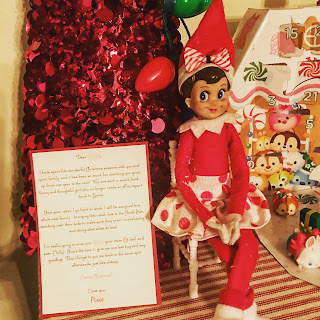 it's probably hard to see it from that picture, but it says:

i have spent five wonderful christmas seasons with you and your family, and it has been so much fun watching you grow up from one year to the next!  you are such a smart, kind, funny and thoughtful girl who no longer needs an elf to report back to santa.

next year, when i go back to work, i will be assigned to a whole new family - bringing their wish lists to the north pole, watching over their kids to make sure they aren't misbehaving, and doing what elves do best.

i'm really going to miss you, your sister, your mom & dad, and even molly!  now is the time to give me one last hug and say goodbye.  don't forget to put me back in the same spot afterwards, just like always.

i love you,
pixie

now, i wasn't there or anything, but i'm gonna say she got pretty choked up as she wrote this all out.  she wasn't really expecting to feel some kind of way, but she did.  that pixie is one sentimental elf.

the next morning, i found that the bean had actually woken up rather early (unlike the rest of the week, because winter break always means sleeping in, amirite?).  she was sitting at the table working on a drawing, and when i went to her to say good morning she looked at me with big ol' crocodile tears glistening in her eyes.

and then i knew she had already read it.

"mom...pixie's leaving.  you have to go see what she said in her note," she said.

after i went over to look at the note, i turned back to her, smiled, and she flew into my arms and let it loose.  she cried for a few minutes, and it was hard for me to hold my own tears back as i explained to her that this was a good thing.  we sat down and talked about how she had been around for a long time, how the bean had grown into this big girl who knows right from wrong and how to be kind and good, and how pixie could really help a new family's kids learn those same qualities.  and being the bean, she nodded and agreed with me and then turned back to her drawing.  i should have taken a picture of it, but it was her own farewell note to her beloved elfette complete with a really good pencil drawing of her in her final pose.

much later, she and her sister and i gathered around for that last hug.  first, the old lady: 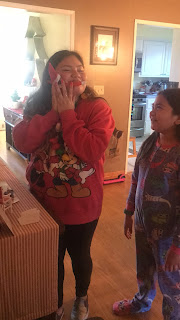 and then it was her turn. 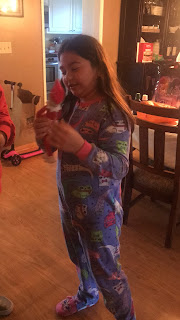 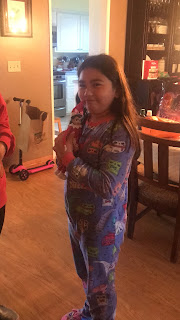 she tried to hand her to me, but i was busy taking pictures of the whole thing so i blew her a kiss instead. 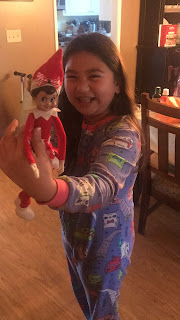 then they put her back into her chair... 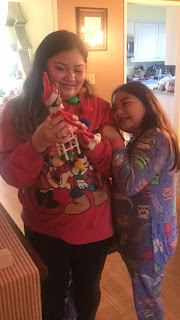 and gave her one last kiss. 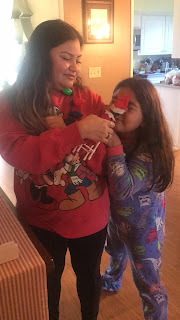 bye, pixie.  thanks for five years of fun and silliness and laughter, and thanks for letting us use you as the bad guy when we needed some behavioral assistance.  i'm not gonna lie, i'll miss you.  it'll be really weird next thanksgiving when you don't come back.