the first week of winter break flew by in a fun-filled blur.  after kicking it off with the feature on local news while playing in "snow," the bean got to hang out with some of her favorite friends making gingerbread houses and exchanging presents. 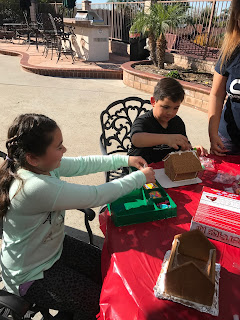 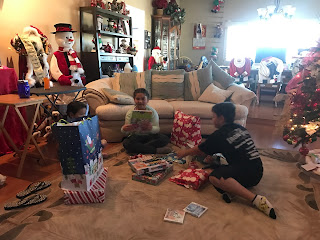 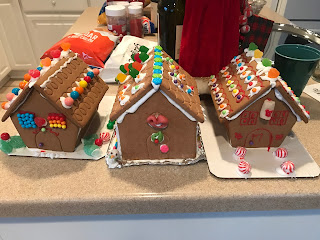 although she said it was terrible, i was pretty impressed with her use of gumballs, flavored tootsie rolls and royal icing to make this snowman: 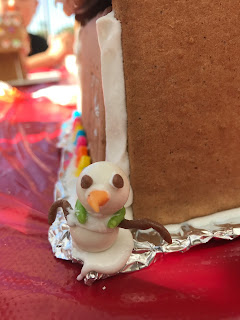 another day, she was excited to facetime her beloved uncle as she opened a package sent from him and his fiancee.  it's official - she finally gets to be in a wedding that she's going to remember! 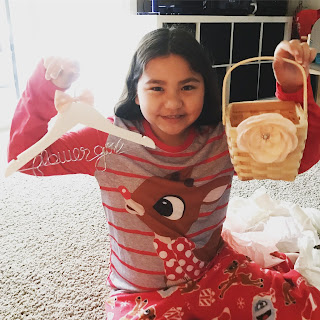 she and i delivered a little surprise to her ex-cheer coach, who'd seen the top i made for her at the school's christmas program and commented that she wanted one too.  and because i had extra fabric and no one else who wanted to wear it, well... 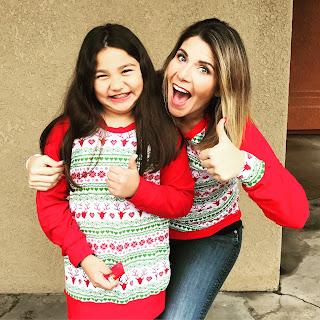 later that day, we attended an ornament making party at one of our friends' homes.  it was fun for both of us, especially when she decided to challenge me to a game of foosball - which is something neither of us had played before.  heh. 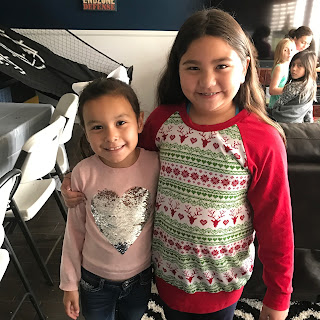 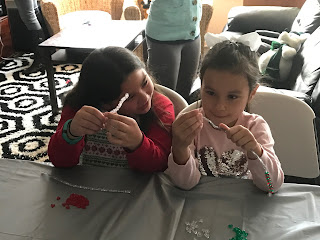 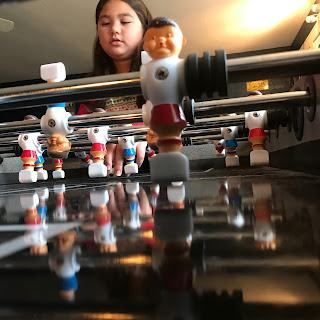 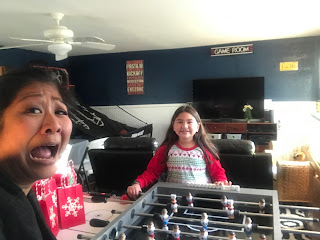 christmas eve found me finally mailing our cards out, which i'd thrown together at the last minute using a bunch of family selfies we'd snapped throughout the year on our travels.  i'm a little bummed we never managed to make time for our annual photo shoot, but maybe we'll do one soon to make up for it. 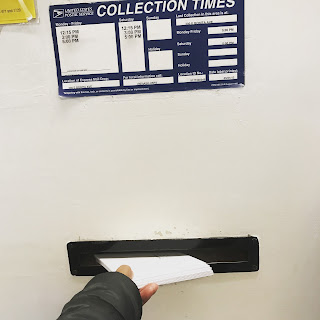 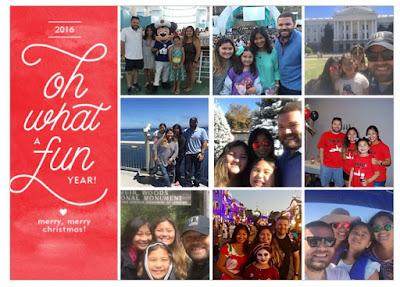 i actually braved target that morning too, because i was short a bunch of stocking stuffers and a few last-minute items.  i was pleasantly surprised that it was such an easy trip, although i did go really early and knew what i wanted to get.  they were definitely anticipating craziness later on though, based on the line set-up they had going at the registers. 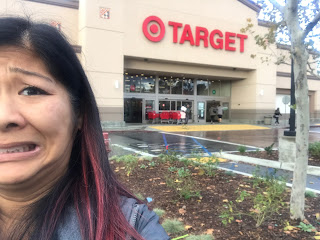 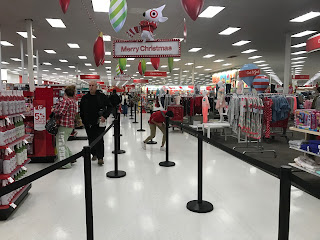 the bean and i got to see my mom and nanay too, which was really nice.  i wish the old lady had been there to make this latest edition of our "four generations" photo complete, though. 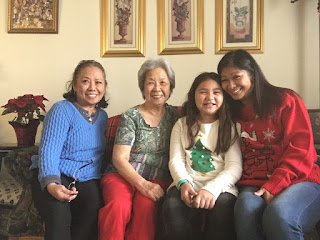 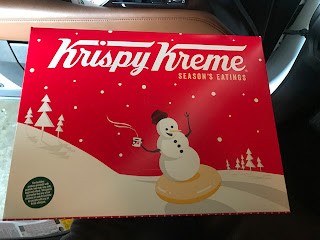 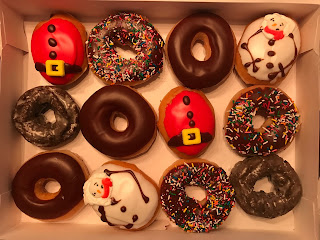 the old lady had suggested that we make fudge for santa this year, and so i put the bean to work as i read the recipe and instructions to her.  she was more than happy to take care o'business. 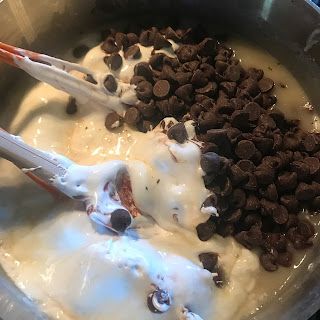 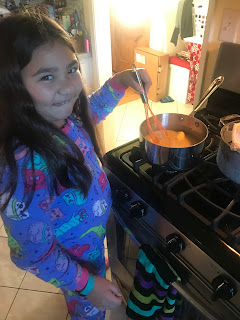 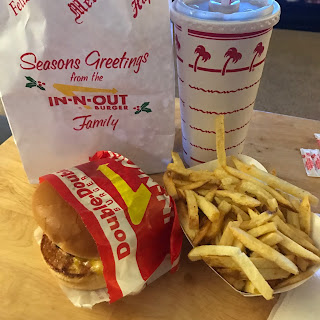 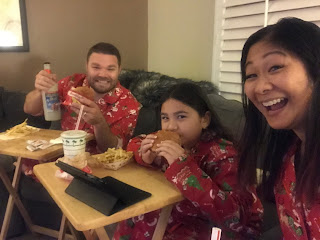 and that night, the big guy himself got caught on-camera. 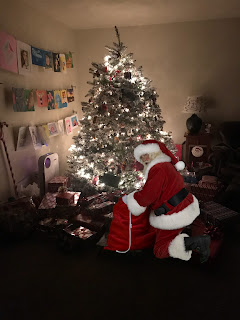 merry christmas to all, and to all a good night!
SaveSave
at December 28, 2016

Email ThisBlogThis!Share to TwitterShare to FacebookShare to Pinterest
Labels: merry christmas to all, winter break fun