mom of the year. that's me.

well, i'm super supportive of the bean's endeavor to be the next mary lou retton.  actually, i'm pretty sure there are much more current gymnasts i can compare her to, but MLR's the first one who came to mind.  what can i say, i was a child of the 80s.  well, technically, the 70s, but whatever.  i have more vivid memories of the 80s, so there.

but i kind of suck at stuff like bringing a picture of her pet (poor mollydog) to join the other kids' submissions on the wall.  and we were given a little kit to make a little gymnastics buddy - a paper doll representing the bean, made by her (with help, of course) and posted along with all the others on the buddy gallery.  um, i don't even know where the kit is.  crazy socks week?  hell, i forgot all about it and put plain white ones on the bean's feet that day.  bah.

although i did manage to remember her halloween costume for this week's class.  except that i forgot about it until i'd already gotten her dressed for class - in her favorite lavender paul frank long-sleeved tee.  so when i went to change her into the costume, she flat out refused.  damn.  i ended up bringing the costume on a hanger and hoping she'd just let me throw it on top when we got there.

we actually arrived on time - a little early, even.  the change to the next level meant a later start time by an hour, which has been pretty awesome.  9AM on a saturday was pretty tough. 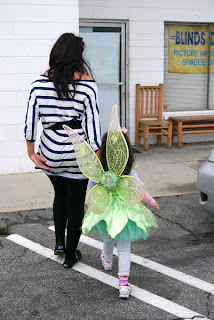 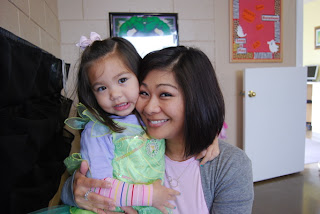 i hoped she'd just jump right in and not even realize that i wasn't out on the floor with her.  this was only the second week of the new non-parent-and-me class, and i prayed that last week's success wasn't just a fluke.

my prayers were answered as she skipped right in and got started on the warm-up. 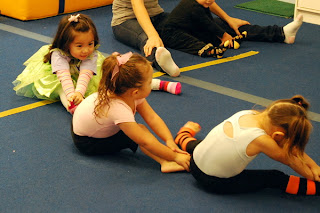 my poor kid isn't that great at jumping and hopping yet, because spending her second year of life living in an upstairs apartment kept her from being able to practice.  luckily, she's picking up fairly quickly (although it's still hilarious to watch her do it). 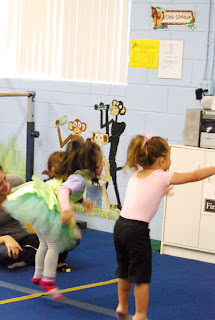 she did everything without hesitation, leaving a trail of glitter everywhere she went.  i offered to remove the costume, but the coaches thought it was pretty funny. 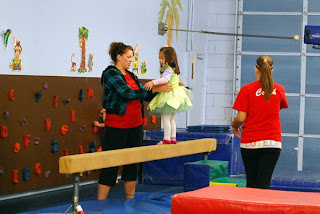 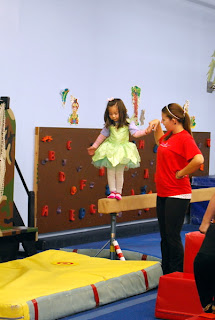 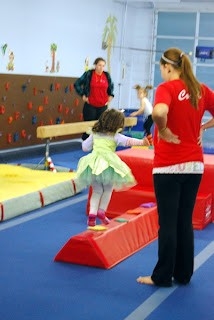 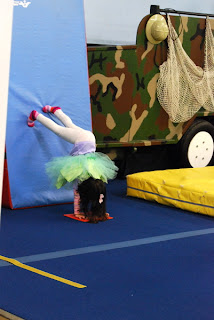 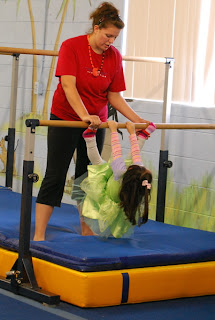 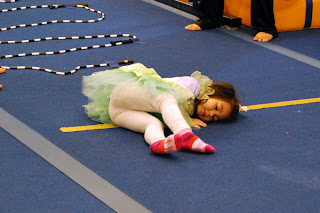 she was rewarded for her efforts with a lollipop out of the halloween bucket and cute little purple spider stamps on her hands. 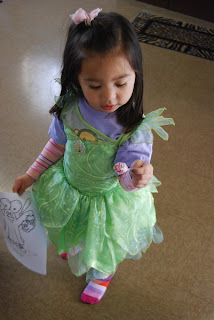 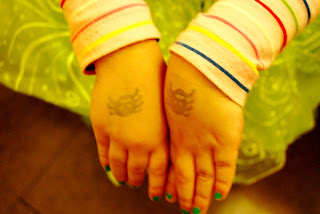 it was a fun start to a day that was all about my daughters.  next up:  homecoming, the recap.  i know, you can't wait.

Email ThisBlogThis!Share to TwitterShare to FacebookShare to Pinterest
Labels: nablopomo, the bean is a gymnast