heh.  i forgot all about recapping the bean's first real halloween, complete with trick-or-treating in our neighborhood.

you already know what her costume was - my little tinkerbean.  beankerbell? 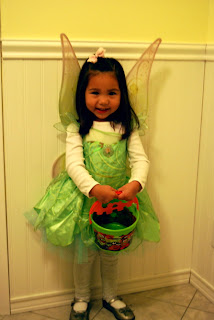 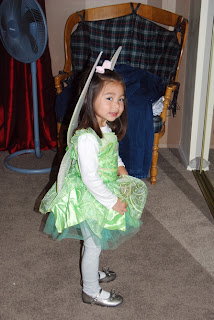 as we were making our way outside, we ran into a family who had arrived to trick-or-treat at our house.  MIL and FIL were in the garage, hanging out and handing out candy, and the parents were chatting with them.

"we're your neighbors," they said.  "right here to your left."

having heard sirens and seen fire trucks arrive at their home about half an hour prior, we asked them if everything was okay.  "oh, yeah," the woman said.  "my dad fell down the stairs, broke some bones or something, and cracked his head open."

she was so nonchalant about it, like he'd just gotten a paper cut or something.  and they were merrily out trick-or-treating like nothing had happened.  so bizarre.  and as we passed their house on our way with the bean, we waved at the firefighters who were just leaving. 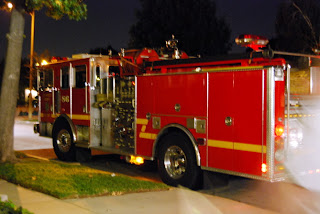 it was fun to watch the bean traipse up the walkway of the first house and stand there, dumbfounded, when the door opened. 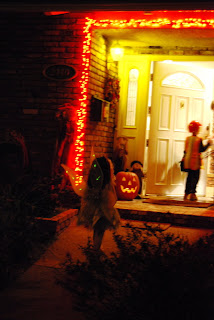 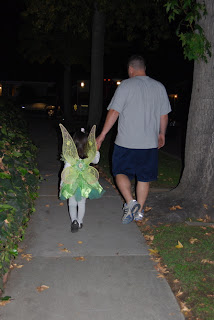 "i got CANDY!" she squealed as she skipped back to us on the sidewalk.  "take a picture of my bucket, mommy." 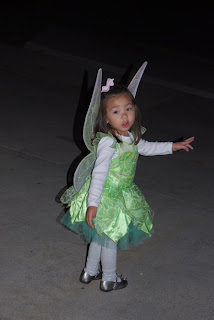 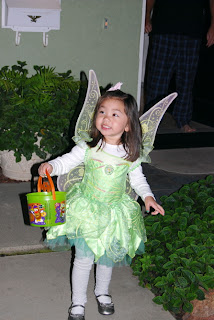 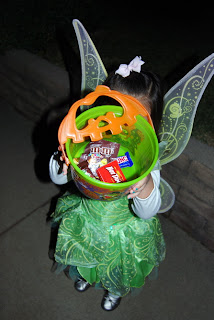 she was quite proud of her haul.  and as she continued to ring doorbells and say "happy halloween!" instead of "trick or treat!" the bucket filled up. 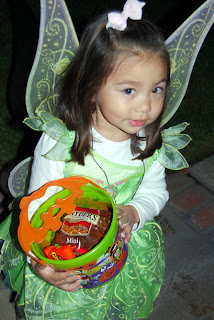 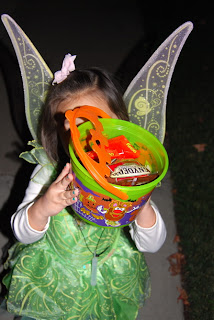 this jack o'lantern was almost bigger than she was. 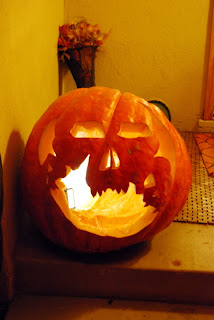 we walked the loop around the block and made our way back home, where she was quick to show her grandparents her loot.  i told her about how her sister had gotten sick one halloween, when she was about the same age, because she'd eaten too much candy.  "oh, no.  poor sister," she said.  "i hope she feels better."

i got away with letting her have one little pack of m&ms, and dinner was from mcdonald's.  mcrib for me, chicken nuggets for her.  it was a happy halloween all around.
at November 08, 2010