so last weekend was our annual family photo shoot.  this year, we'd booked the session with courtney, one of my OC buddies who'd turned her love of photography into a nice little side business.  we'd actually scheduled it two weekends prior, but on THE day of our session the hub went for a haircut and ended up with his melon damn near bald, thanks to an incompetent stylist who didn't pay attention to his specific request.  ugh.  he was pissed, and really didn't want to do our photos with his scalp showing.  i freaked out and shot an e-mail to courtney immediately, and luckily she was still open for rescheduling.  phew.

i'd agonized over what we were going to wear - we've already done red tops, cream sweaters, white button-downs.  i'd been unable to find anything in green for all four of us, and while a quick trip to some local shops that morning turned up a cute red top for the bean and an even cuter red & white-striped one for the teen, i was still empty-handed as to what to wear.  crap.

after the hub calmly pulled out one of his white dress shirts with a subtle red checkered pattern on it, i gave up and busted out a shirt i hadn't yet worn.  the monkey had gifted the teen months ago with a ginormous bag of paul frank tees that she didn't want anymore, and as we pawed through it at home, i pulled out a really nice slim-fit ralph lauren white button-down that i hoped was meant for me.  and that's what i ended up with - with my fabulous new hudson skinnies and a super cute pair of red jeweled flats i found at old navy.

oh, and as for the teen's pettiskirt - i'd procrastinated as usual and found myself stitching the final layers together that very morning.  good gracious, i've got to learn to get shit done early.

of course, the bean didn't nap the entire morning - instead, she fell asleep in the car on the way down and ended up with a mere 45 minutes of snooze time.  ack.  we found a great parking space on balboa island and had to wake her up to get started. 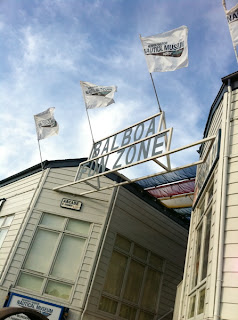 i left the good camera at home, leaving the work to the pro.  but i still snapped a few shots with my phone, just because. 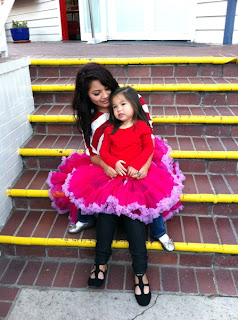 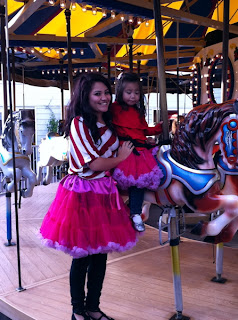 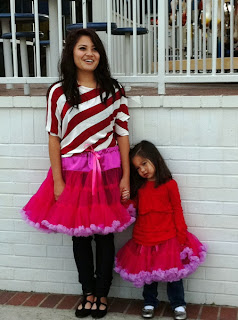 the girls rode a couple of fun rides, with courtney snapping away frantically to capture a rare smile from the still-sleepy bean. 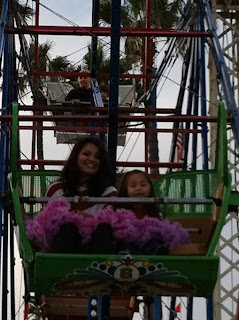 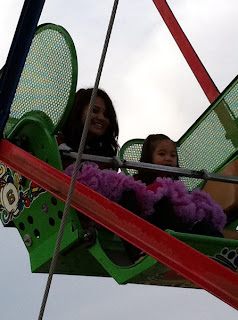 the sunset that evening was spectacular. 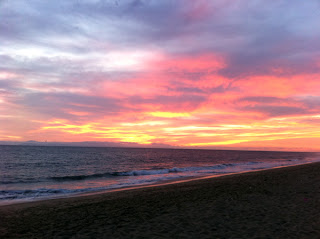 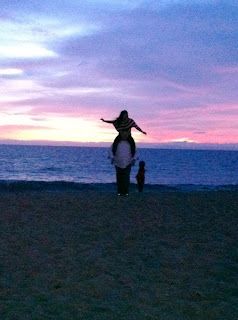 i was so excited to get an e-mail from courtney less than a week after our shoot, with a link to her blog where she'd posted a nice handful of teasers for us to swoon over.  you can click on this link to check it out, but let me show off my very favorite picture thus far: 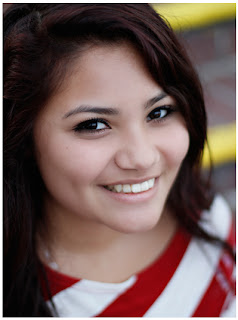 even more incredible is that the teen herself actually likes this photo.  she never likes her pictures.  courtney, you rock so hard.

okay, and i love this one, too: 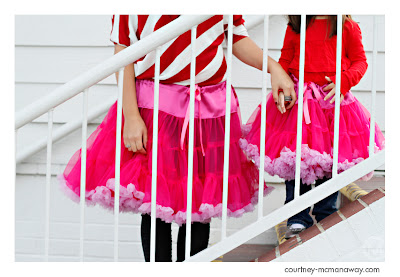 and not even because it features my handiwork that i slaved for hours over.  heh.

after we were done frolicking and interacting nonchalantly for the camera, we bid courtney farewell and headed to fashion island to grab a little din-din.  the hub took us to canaletto ristorante veneto, which as it turns out is owned by the same folks as il fornaio.

but it was way better - mostly because we had such a great, attentive server who took one look at the bean and said "oh, i've got something for YOU!" she disappeared for a nanosecond and came back with a ball of pizza dough on a plate for her to play with.  and sure enough, it kept her occupied through the entire meal. 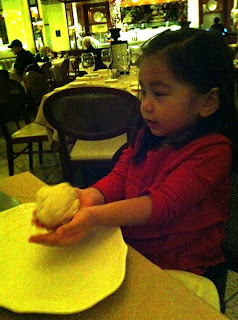 plus i got to indulge in a lovely plate of burrata with prosciutto and arugula, which i've been craving for ages and ages.  mmmmm, it was so good.

now i have to get crackin' on designing our christmas card for 2010.  bah - my fountain of creative juices is kind of dry right now, especially with this whole NaBloPoMo business.  hopefully i'll come up with something good.
at November 14, 2010