a couple of weeks ago, my buddy lilcee sent me a link to a blogger who'd made s'mores pops.  i love marshmallows.  i love chocolate.  and i love stuff on a stick.  so i had to make some for book club, where i'd be surrounded by people who'd appreciate them as much as me.

but because you know i always have to do shit the hard way, i thought they'd be extra delicious if i did the pops with homemade marshmallows.  well, actually, it isn't hard to make them at all, but buying a bag for a buck at the grocery store is probably simpler.  except that homemade ones taste SO much better!  and so i got up early saturday morning to whip 'em up. 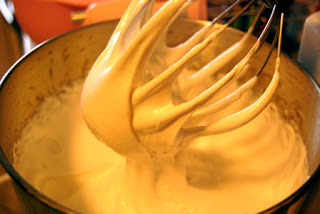 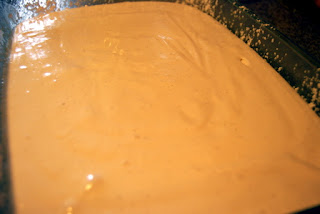 i hate wasting stuff.  and so after i'd scraped out the good stuff from my split vanilla bean, i buried the carcass in a pile of sugar, hoping that after a few days it'd soak up the goodness and i'd have a nice little stash of vanilla-infused sugar. 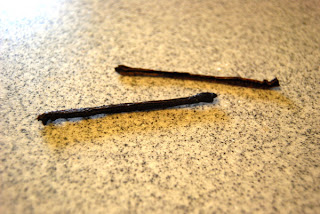 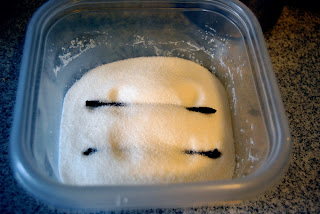 when the pan had chilled sufficiently, i pulled it out of the fridge and pried it out of the pan to cut into cubes, which took a ride in a pile of powdered sugar.  extra sweet, less sticky. 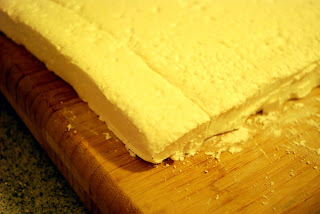 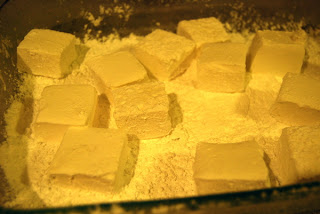 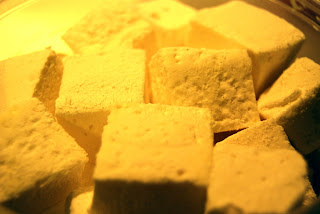 but by then, it was late and i was too pooped to make the actual pops.  plus, the blog post says they're totally done in about 10 minutes, so i figured i could just make them the next morning.  for some reason, i've been waking up pre-7:00 every morning anyway, and so after sliding quietly out of the nice, warm bed, i tiptoed into the kitchen to get it done. 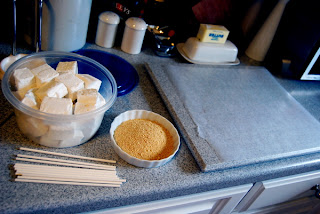 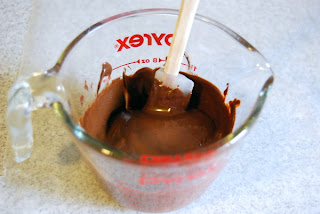 sure enough, the pops were super easy to assemble.  and knowing that i only had about 8 friends coming over, i figured a dozen would be plenty (considering the other sweets i'd made as well).  after racking my brain as to how to display and serve them, i remembered the plethora of empty starbucks frappuccino glasses we had left over from the bean's birthday bash.  a little tissue to make it pretty, and voila: 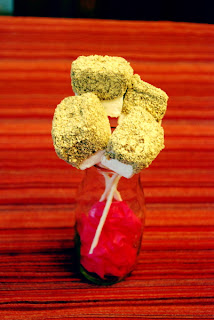 Email ThisBlogThis!Share to TwitterShare to FacebookShare to Pinterest
Labels: nablopomo, yummies on a stick