months and months ago, my friends kelley, nanette and dailygluttony and i got together and bought tickets for the yo gabba gabba live show at the nokia live theater.  back then, the weekend after thanksgiving seemed SO far away.

and amazingly, here we are.  man, the time just goes by too damn fast!

it hit me how close we were to showtime when the bean opened her birthday present from dailygluttony & co., and it included this awesomeness: 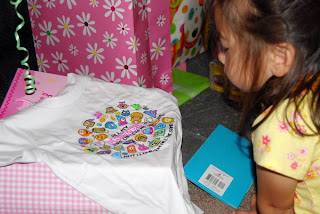 and then i saw a tweet from the YGG folks about the new toddler shoes by vans being released...just in time.  heh.  i'm a little bitter that the adult versions don't come out till march.  bah, their marketing department really missed the boat on that one, wouldn't you say?  so i ordered them the very day they became available, and i've been saving them (along with that tee) for the show.  look at this cuteness: 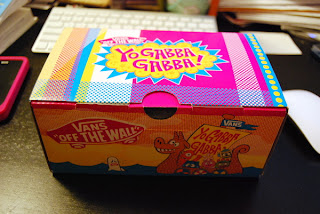 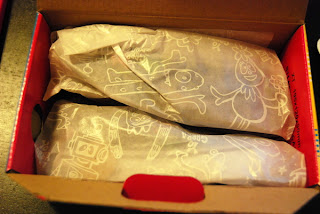 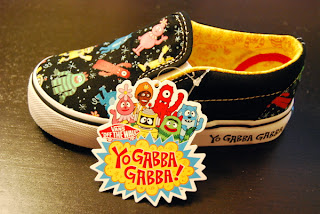 yeah, i might've paid a small buttload o'cash for a pair of shoes she'll outgrow in six months.  but it'll be worth it - she's gonna love 'em so much.