last weekend, the bean and i were super excited to meet up with our friends lilcee & co. and dailygluttony and miniDG for a free event at the americana at brand.  baby loves disco is a traveling dance party aimed at toddlers and parents looking to get out of the house for something fun.  this one was sponsored by h&m, and we'd gone a couple of days beforehand to secure our free tickets for the party. 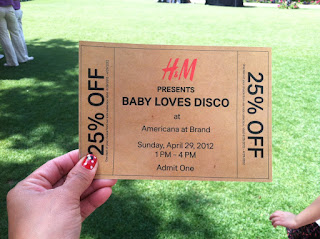 we decided to meet up at the cheesecake factory to grab a kid-friendly brunch first, and it was fun to sit there and watch the kids clown around and share a meal together. 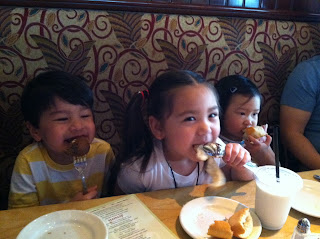 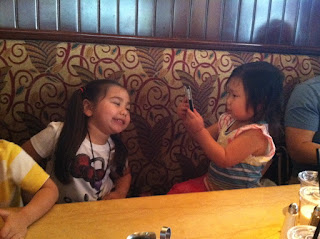 by the time we were all done, it was about 15 minutes before showtime.  while lilcee and dailygluttony took the kids to the playground that was steps away, mr. lilcee and i got in the growing line.  everybody loves a freebie. 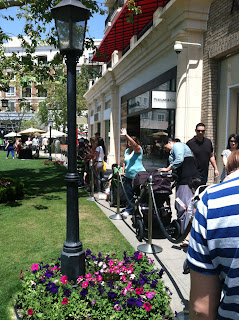 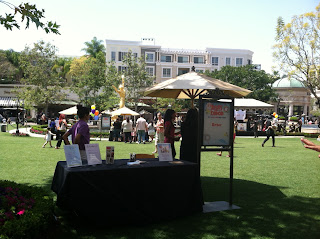 there were a few fun-looking booths in there, and because i figured it would get crazy busy, we hit up this one first.  the girls were only too happy to stand in line for a little girliness. 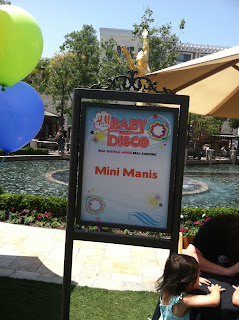 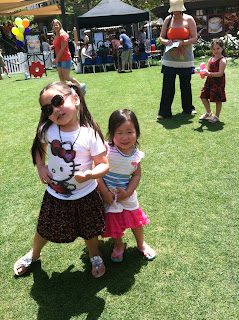 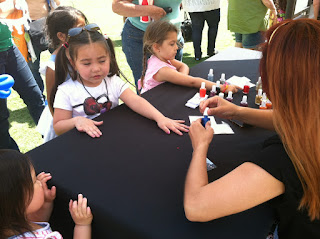 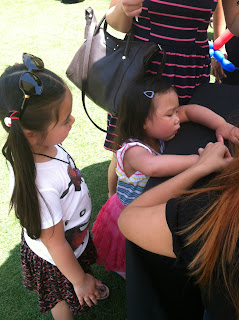 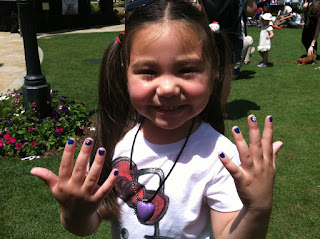 while the nail polish dried, we headed over to another station to see what there was to do. 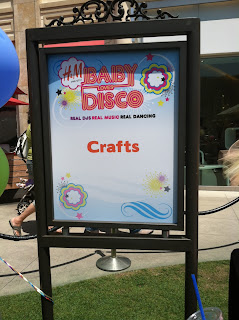 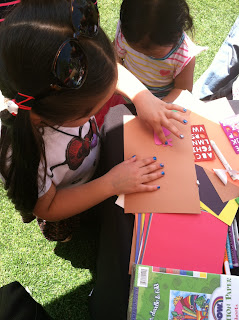 dailygluttony and miniDG found something much less feminine to do - a robot table and tattoos.  meanwhile, mr. lilcee spread out a blanket near the stage, and we headed over there to sit with him and watch the dance party.  the bean busted out her best moves: 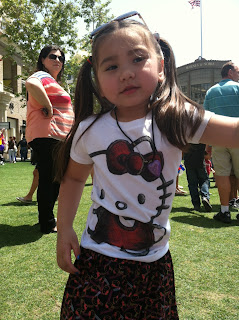 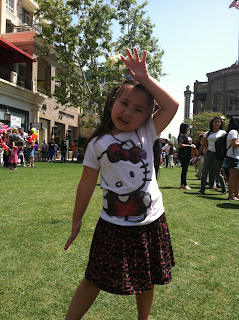 we were all super amused as we watched what appeared to be mall security shuck off his jacket and boogie along with the crowd.  like, he really got into it.  must've been the best day of his whole career at the americana. 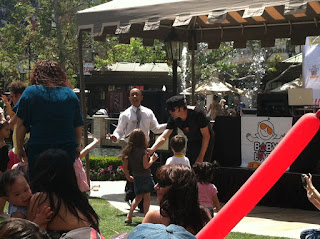 at this booth, the bean and mini cee found fun foodie masks. 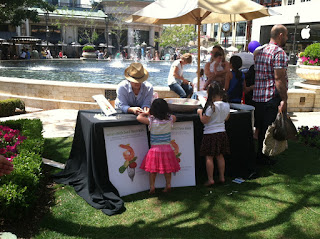 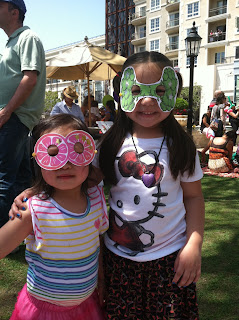 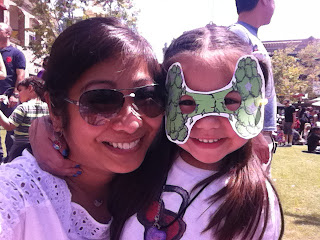 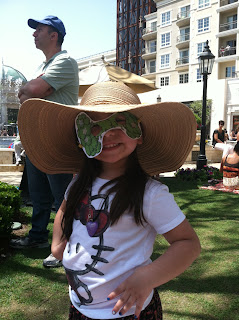 by this time, miniDG was crashing pretty hard.  it was past naptime for both him and the bean, and we decided it was time to hightail it outta there.  at first, he wanted nothing to do with the bean.  but during the group goodbye hug, she realized that playtime was coming to an end...hence this face. 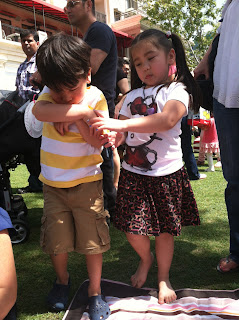 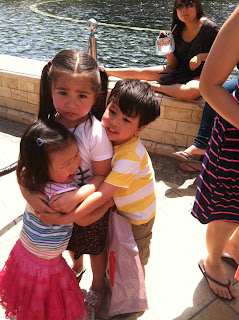 she and mini cee led the way. 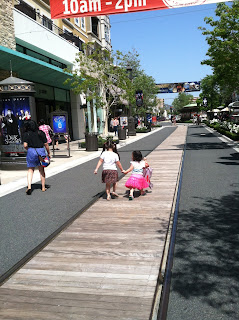 the bean is truly my kid.  she stopped to look at herself in every window we walked by. 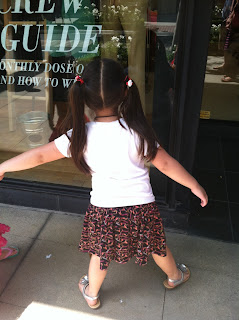 and before we even got to the freeway, well... 
most awesome sixteen seconds of that entire weekend.  for real.
at May 07, 2012

Email ThisBlogThis!Share to TwitterShare to FacebookShare to Pinterest
Labels: bean is a dancer, freebie fun, playdates