i may need a pintervention

all this pinteractivity is super fun.  i really enjoy trying out new recipes and craft ideas, and get a kick out of seeing some of my own photos pinned onto other people's boards.  yeah, i totally check what of mine has been added to pinterest.  you already know what an attention whore i am, come on now.

except that i came across this one, which i got mildly (read: extremely) irritated at: 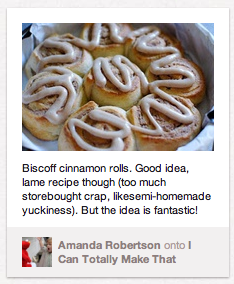 yes, amanda robertson, i totally put your ass on blast.  as the teen would say, sucks to suck, huh?  because why on earth would you bother to pin something and then just talk a bunch of trash about it?  i'd say that's way more lame than me using something as horrific as a can of crescent roll dough to make a delicious treat.  maybe that's just me, though.  whatever.

anyway, i've been taking full advantage of some of the yummy-looking things i've been saving on my "stuff i wanna eat" board.  these pork chops with blue cheese sauce were a huge hit: 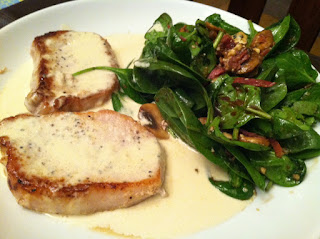 same goes for the baked sour cream ranch chicken.  this was yummy and on the table within half an hour. 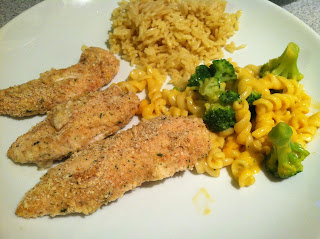 i saw this crunchy coated bacon a while ago, and the only reason it took me so long to try it was the long baking time:  30 minutes.  that's a long ass time for me to wait for bacon.  it's easy enough, though - just coat the strips with some flour and pop in the oven.  yes, that's a whopping four slices there.  it's all i had left. 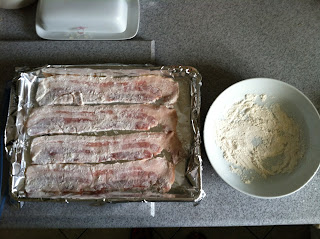 half an hour later, you have this deliciousness: 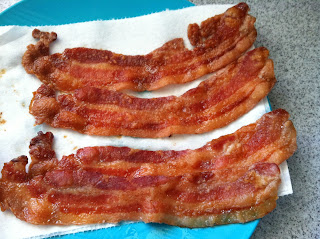 it was worth turning the oven on, though, because i also made a batch of these sopapilla cheesecake bars. 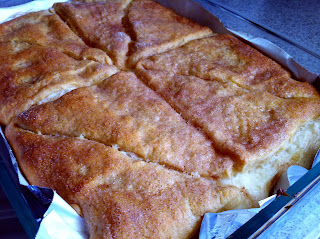 yeah, i've made sopapillas before.  this recipe was pretty much the same thing, only putting it in a pan and then chilling afterwards.  i liked this version better.

of course, that only works if you don't have a freakish aversion to baking with crescent roll dough out of a *gasp* can.  sorry, amanda.  guess that leaves you out.