so i've managed to run a race for three weekends in a row.  crazy!

last week's was kind of a fluke, though.  my friend kelley mentioned to me that she was on a team for the revlon run/walk 5K, at the los angeles coliseum.  while i was far too late to do any fundraising for the cause (women's cancers), i knew that at least a portion of my registration fee would go towards the charity.  and after clearing it with the hub's schedule, i signed up.

with warnings of limited parking available, kelley and i decided to carpool.  runners were scheduled to start at 8:45, with walkers spaced fifteen minutes later.  but with the expo and t-shirt pickup opening at 7, we knew it would be a good idea to get out there early.  and early we were - at the ungodly hour of 6:45, we found ourselves in zero traffic and finding a parking spot pretty easily.  so yeah, we were a full two hours early for our run.  oh, well - walking through the expo and chatting about everything under the sun (which was thankfully hidden behind some clouds) killed the time easily.

we were both pretty excited at the prospect of finishing our run olympics-style, inside the coliseum.  i still remember the '84 olympics here (yeah, i'm old), and i admit - i thought it was super cool to follow in the footsteps of actual world-class athletes.  sorta.

this was the stage where the opening ceremony would take place, and under which we would cross to begin the run.  halle berry and hottie matthew morrison from "glee" were co-hosting the festivities, and we all know how starstruck my ass is. 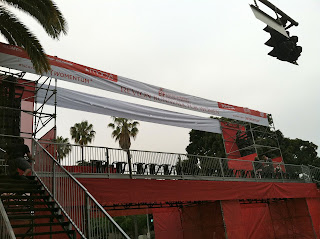 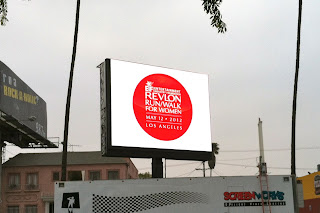 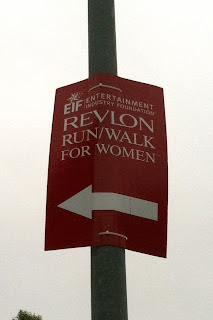 there was lots of fun-looking free stuff from various vendors at the expo, but i wasn't about to go running with a bag full o'crap. 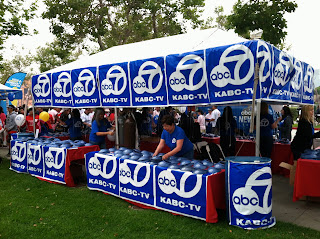 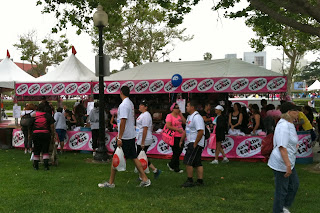 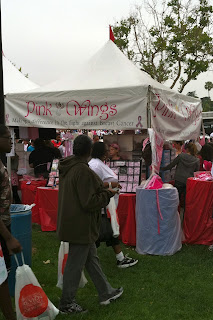 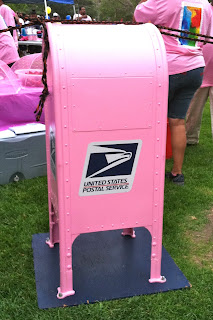 yay for our cool venue! 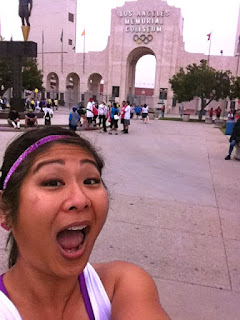 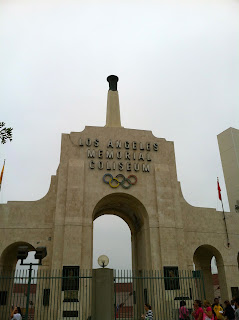 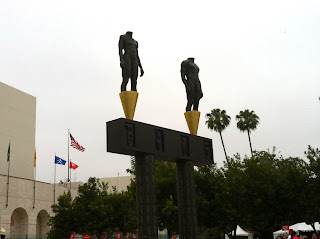 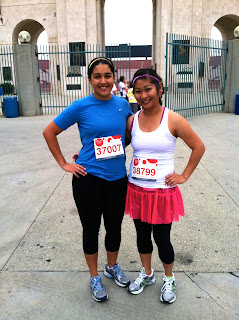 there was quite a crowd already there when we arrived (crazy), and even larger as the start time got closer.  so much so that we found ourselves rather stranded behind tons of people who were clearly not going to be running the course. 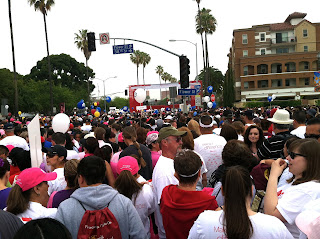 as we're standing on the curb, trying to figure out how to make our way up with the runners, this kid decided it would be a good idea to stroll up in front of us and stop.  seriously, this is how close he was to us.  good god. 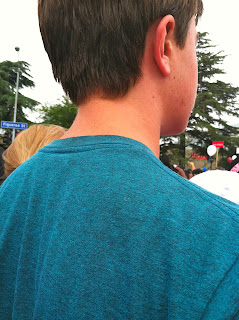 when it was finally time to start, we just followed the crowd - what choice did we have?  since it wasn't a timed race anyway, we were relying on our own devices to see how we did.  and as we approached the stage, it became obvious as to why it took so damn long to get there.  with the celebrities standing right above us, everyone and their mother was stopping to snap photos.  so i joined the crowd.  duh.  i figured it'd be the closest i'd ever get to mr. schuester, anyway. 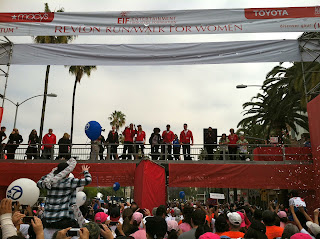 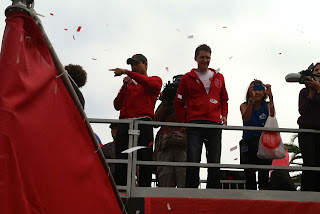 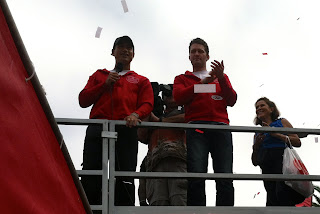 from there i got down to business.  having forgotten my headphones, i had to rely on the adrenaline of the crowd around me to keep me going.  except that the runners were long gone, and kelley and i were stuck having to navigate between literal walls of walkers.  most of them trudged along in packs, some linked arms, and most basically made it pretty damn hard to get around them.  i was really frustrated and had to slow to a walk even more than i normally would have.  seemed like forever before i got to this: 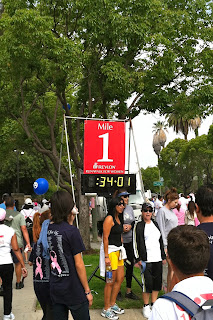 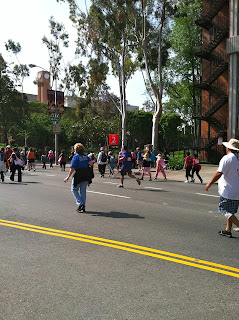 finally, i was almost done. 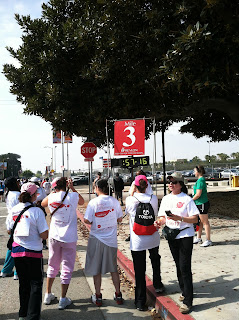 then i got a burst of energy as i caught a glimpse of what was ahead - running through the tunnel into the coliseum.  so cool! 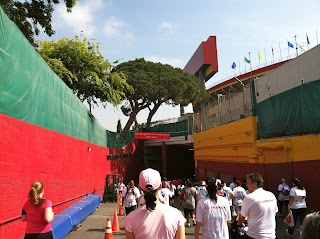 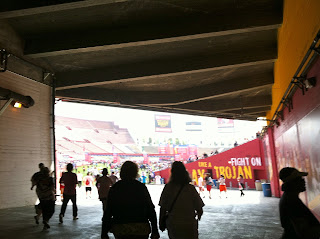 and finally, the finish line.  there was another wall of folks beyond this, but it was okay.  most of them were super hot firemen who were handing out finisher's medals. 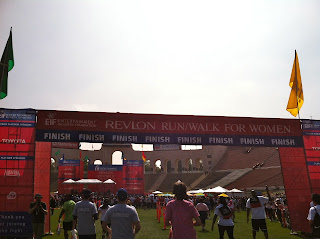 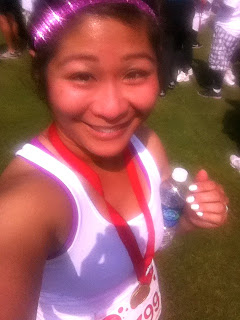 it didn't take long before kelley and i found each other, and then as we climbed up the stairs (holy cow, so many steps. almost harder than the 5K run) i turned around to take these. 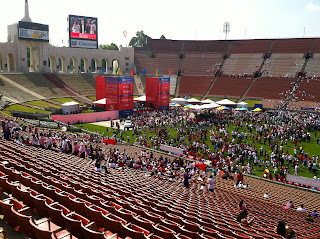 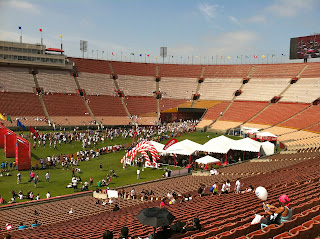 my final time, according to my iPhone app, was 33 minutes.  not bad, considering the maneuvering i'd had to do to get through the course.  not as good as the previous week's pace, but that's okay.  i can't set a personal record with every race.