the teen and i got to take advantage of another disneyland annual passholder perk this week, with the 20th anniversary celebration of their water/fireworks show - fantasmic.  we had access to bonus hours after the park closed to the public to wreak havoc through several of the lands (adventureland, frontierland, and new orleans square), plus a special performance of the show at 11:30 that night.

you had to RSVP in person at one of the park box offices, which i'd done with the bean a couple of weeks ago.  without this ticket, you wouldn't get the wristbands that designated you as super special.  of course, we are that anyway, but you get what i mean. 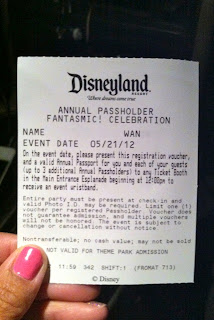 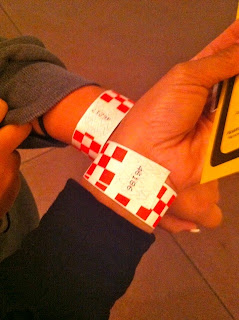 plus, there were special promotions, exclusive anniversary merchandise, and food offerings available only for the four nights of the fantasmic celebration. 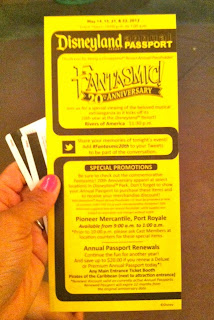 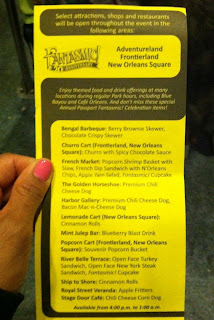 see how excited we were? 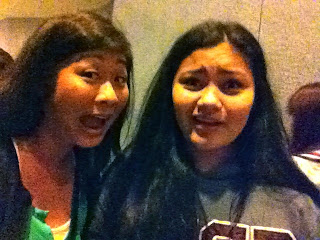 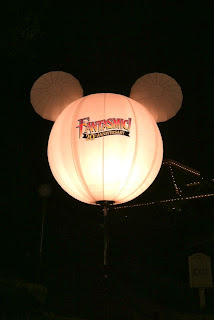 we got there around 9:30, just before the park closed to the general public.  we made a beeline for space mountain, which had a posted wait time of 55 minutes.  since we usually have the bean with us, this was a  treat for us.

after standing in the not-too-long line for about ten minutes, all of a sudden it started moving really fast.  and before we knew it, we were hooting and hollering our way through the dark ride and heading out to find our ride photo.  i don't think we were even in line for half an hour.  awesome. 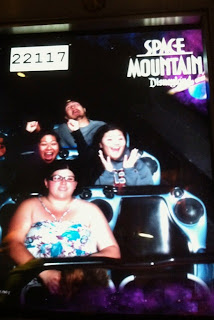 all that screeching and yelling left me really parched.  and with access cut off to the other lands, i knew just what i wanted to have:  a mint julep in new orleans square.  of course, i wasn't alone.  i've never seen the line this long at the mint julep bar before. 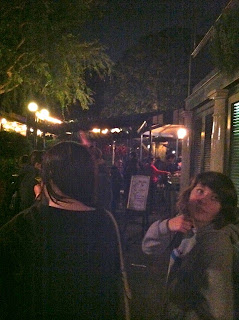 the teen opted for the special blueberry blast drink, served with a fun flashy ice cube. 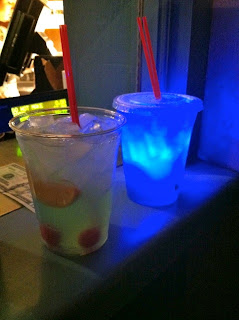 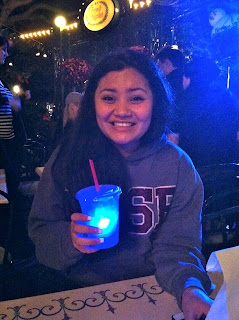 i was perfectly happy with my ordinary mint julep, which i used to wash down a mickey-shaped beignet. 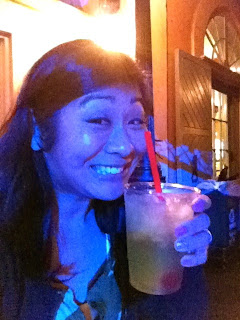 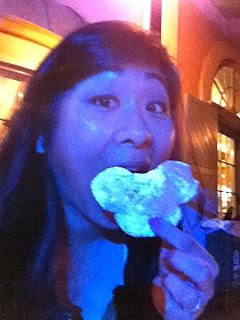 the teen loves those beignets.  a lot.  can you tell? 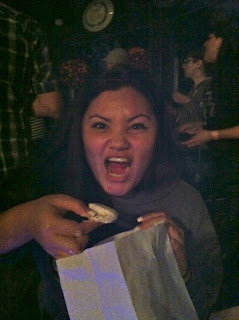 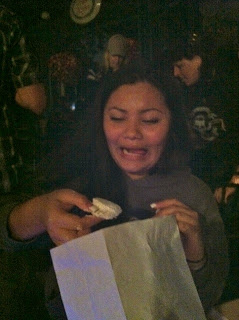 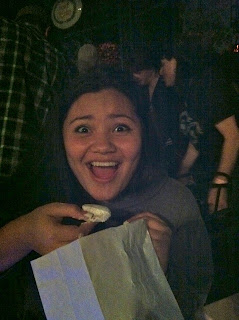 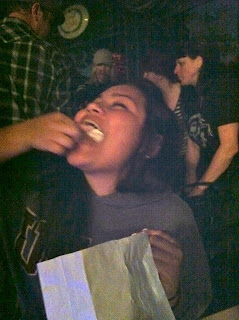 by then, we'd also been on the indiana jones ride and pirates of the caribbean.  so far, it was a pretty darn good night.  and as we sat there, the show started right in front of us.  well, sort of.  there was a wall of other special annual passholders that blocked our view.  so we got up and found a spot to stand and watch for a bit. 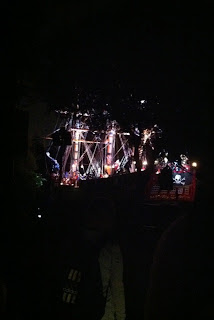 we hung around for a while, but realized that if we were going to hit up big thunder mountain we had to get up and head over there before the end of the show.  totally paid off when we walked right up to the front of the line.

next was our other favorite snack stop - the bengal barbecue, where they do bacon-wrapped asparagus on a stick.  there were other special themed offerings there that night, too. 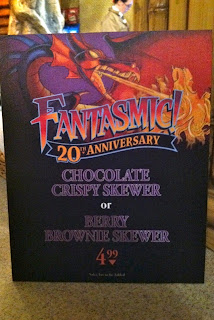 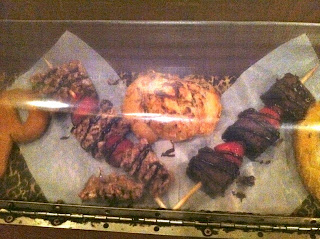 we, of course, stuck to the tried-and-true. 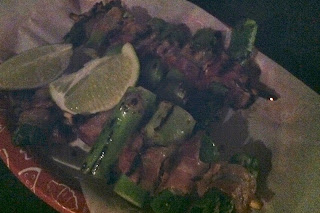 after a second turn on the indiana jones ride, we checked out the fantasmic merchandise in one of the few shops that was open.  not that impressive, and we settled for taking pictures of the tees and hoodies. 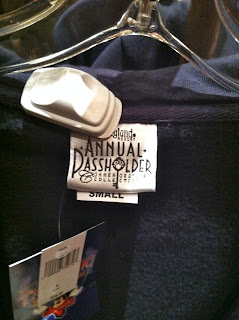 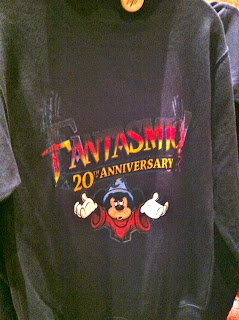 walking through the empty hub was crazy - it was empty.  this area, if you've been to disneyland before, is always packed with strollers, folks munching on turkey legs, and usually with that glazed-over zombie look that keeps them from realizing they're walking right into you most of the time. 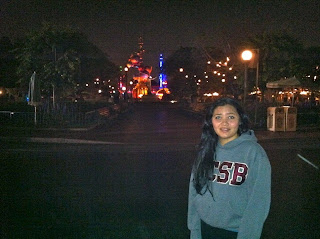 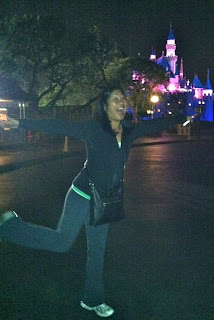 it was 1am, and we were done.  we'd ridden all the fun, fast rides and gotten our favorite treats in the span of just over three hours.  as we walked down main street and headed out to the tram, the announcer came over the loudspeakers to thank us for coming to their special fantasmic anniversary celebration.