i was up nice and early on sunday for the pasadena 10K.  i generally hate getting up before the asscrack of dawn, but i suppose i'm getting used to it.  seriously, the me from a year ago just wouldn't recognize the me of today.  heh.

traffic was nice and light, as it should be on a sunday morning pre-7am.  and as i got off the freeway, there was plenty of signage to point me in the right direction. 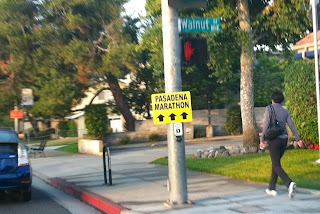 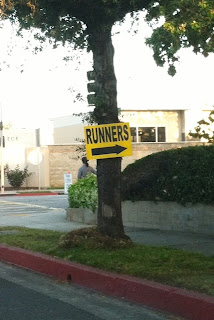 the start/finish line was located right in front of pasadena city college. 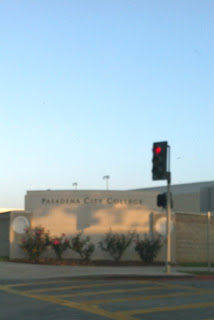 not being particularly familiar with PCC despite having attended classes there a lifetime ago, i figured i'd better do what i do at disneyland and make sure i'd be able to find the car later.  this proved to be a very wise move on my part. 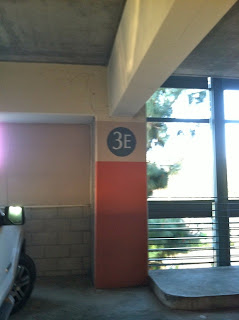 since the marathon and half marathoners had a start time an hour before the rest of us, there were already lots of people at the finish line festival.  i spied this tent and later learned that $25 would've gotten me access to comfy couches and breakfast provided by a local café.  hmm.  maybe next year.  i like to roll vip-style. 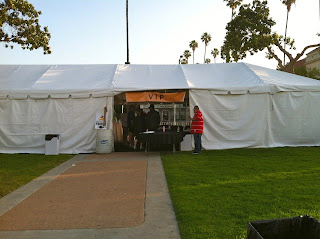 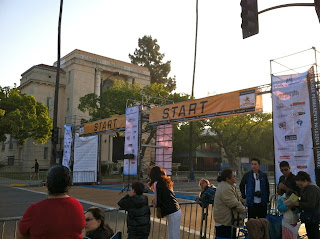 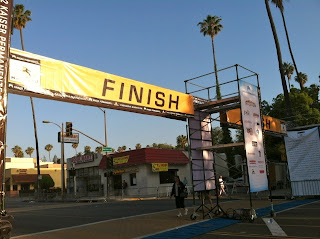 official race photographers were clad in bright yellow vests.  i took note so i'd remember to ham it up as i passed them.  come on, you expect this from me by now. 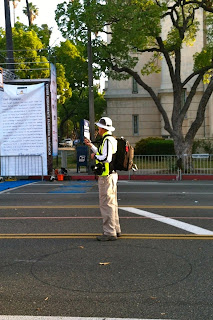 i was waiting for kelley right next to the announcer's podium.  he totally struck a pose for me and one other lady who also randomly took a photo of us when kelley arrived. 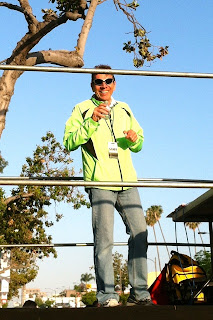 a good 45 minutes later, there were still a few stragglers arriving to start their marathon/half.  guess they weren't too worried about finishing in time.  or slept right through their alarms. 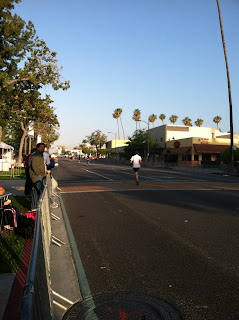 we managed to get someone to take this for us.  and yes, i know i really have no business wearing hats like that.  so unattractive. 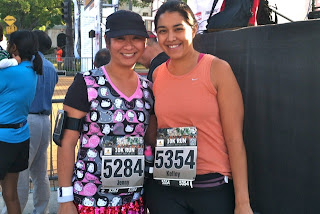 good thing, too, because my usual schtick of swiping screen shots from the marathon photographer's website totally backfired on me this time: 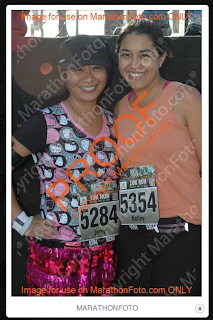 it was finally time to line up at the start line, and we found a spot right next to where they were setting up all the post-race goodies. 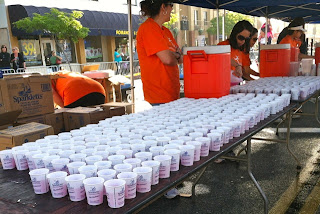 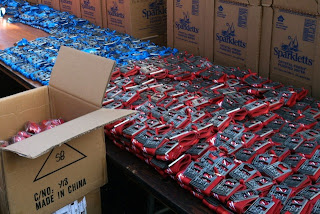 i was feeling good and caught the usual high of being surrounded by fellow runners, but i was still pretty surprised when i was still at my running pace and came across the first mile marker. 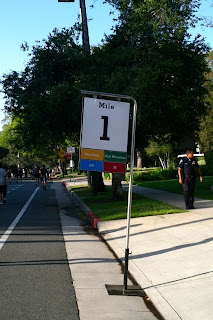 the hub, teen and bean were coming out to meet me after the race for breakfast.  we were going to hit up an old favorite, but when i saw that it was located on the course i realized we'd have to figure out a plan B. 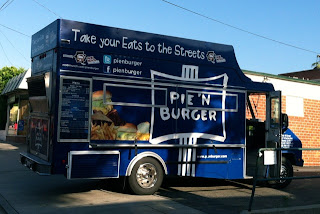 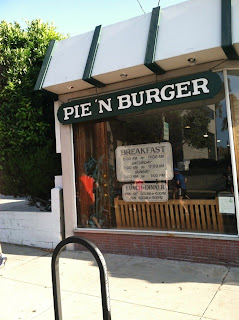 before mile two, the 5Kers split from us to turn around.  it was good to see lots of signage set up for us, as well as the longer distance runners. 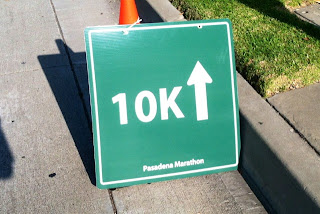 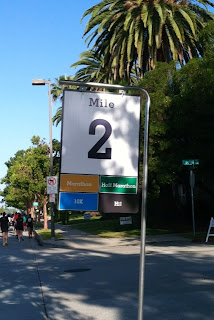 the uphill stretches kill me.  despite the fact that i've been training on hilly streets for the better part of a year now, i totally struggle on them every time. 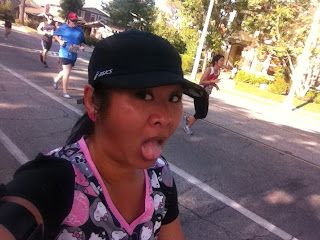 so i've seen quite a lot of crazy stuff on these races.  there's the guy who balanced a watermelon on his head for the duration of the hollywood half, another dude at the brea 8K who was running in straight up leather sandals, loons at the tinkerbell half in full-on costumes that couldn't have been comfortable to run in.  but check out this chick, running in a...black maxi skirt.  huh?? 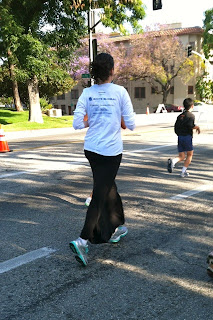 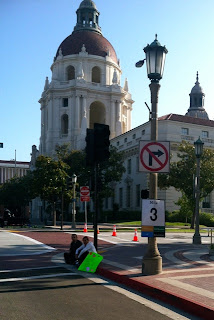 by the way, did you notice my fabulous running skirt?  it's a limited-edition "showgirl" skirt from team sparkle.  yes, i totally took this myself as i ran. 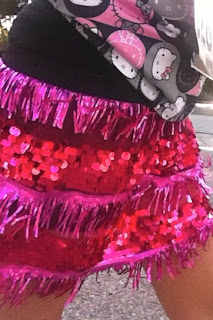 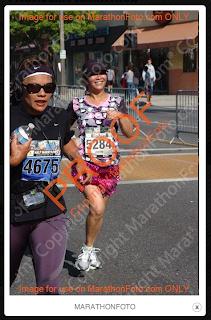 mile 5!  sucky part was that i could see the course ahead was all on an incline.  bah! 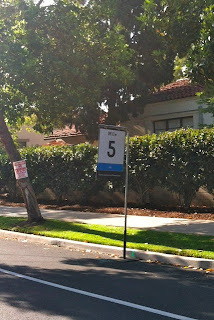 i was really glad to see this. 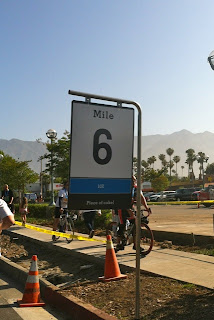 this looks like a pretty fun picture of me, but i'm not about to shell out $35 to get it. 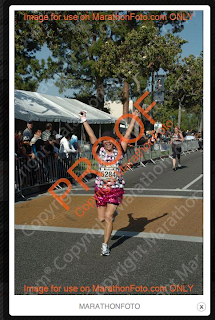 at least the photographer was willing to take one of me with my phone here. 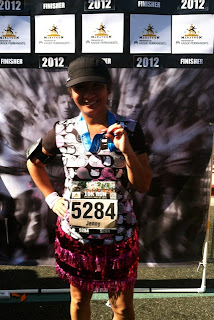