the bean's school does an annual "mommy & me" day, somewhere around mother's day.  there's a "daddy & me" day too, but it's earlier in the year.  i used to wonder why it wasn't closer to father's day until i realized that by then, the school year is over and a lot of kids don't come to the summer sessions.  and i wasn't able to make it last year because we had a ton of stuff going on then and it conflicted with something else on the calendar.

so i was extra happy to be able to attend this time around.  the hub has gone to the daddy's day both years now, and it always looks like fun.  the first thing we did when we arrived was take our photo: 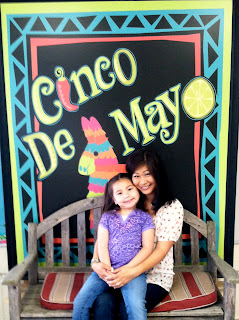 some of the other moms were grumbling about the activities and theme not being very "mother's day-ish," but i didn't really care.  we had fun going around to all of the activity stations and making little crafts.  here, she strung beads together and made me a bracelet: 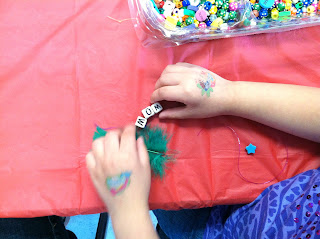 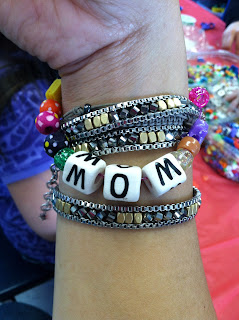 and yes, it looks like they used "w"s instead of "m"s, so when she put it together she said "look, mommy, it says wow!"  heh.

next up was decorating a picture frame for the photo we'd just taken together. 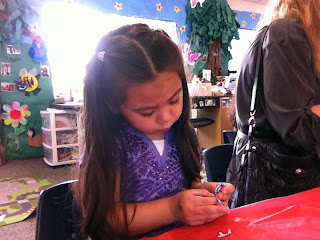 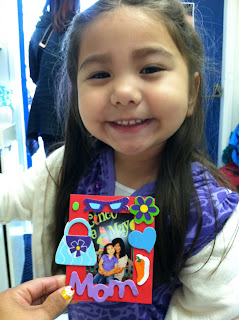 then she colored a maraca. 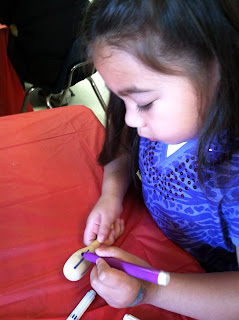 and made me a paper flower. 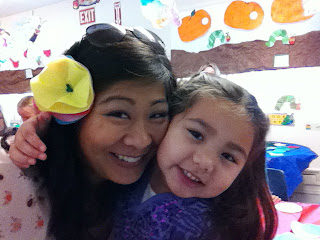 outside, we found a giant bakery box full of pan dulce. 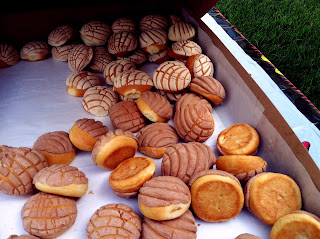 they had a bunch of these cute little miniature piñatas hanging from the ceiling. 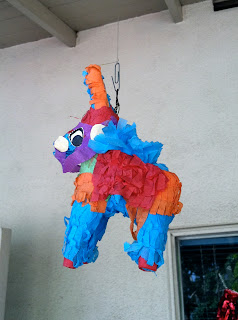 and when the teachers announced that it was time to line up for the real piñata, the bean scurried right over. 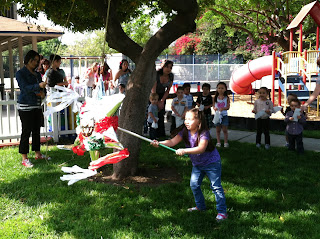 she took her five swings, and hurried back over to get ready for the shower of sweets.  i handed her a bag, and the very next kid cracked that thing right open. 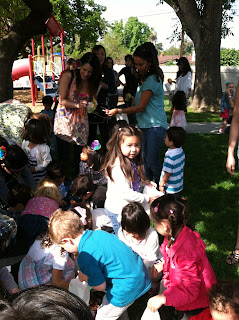 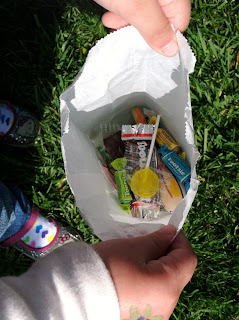