hell has frozen, folks.  go look out your window and check for flying swine, because the unthinkable actually happened:

the hub joined me for a 5K. 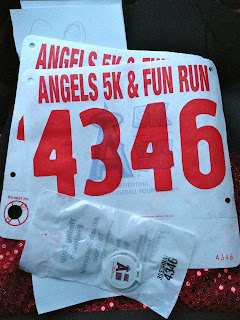 can you believe it?  although i have to admit that i felt kinda bad as i watched him get out of bed at the ungodly hour of 5:30 - on a saturday, no less - to go out into the chilly morning air for a run.  but i was pretty excited to share the experience with him, and we'd chosen a pretty fun race to do.  it was at angels stadium, and judging from the traffic we encountered at the freeway off-ramp, a very popular run indeed. 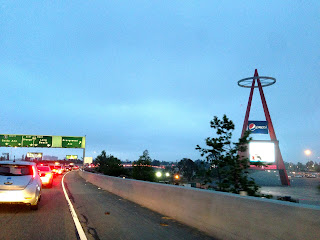 we managed to make our way into the parking lot and find a pretty decent spot before heading over towards the start line. 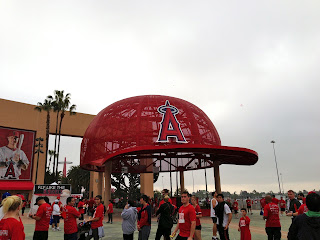 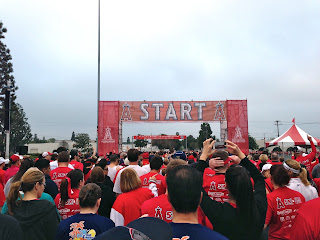 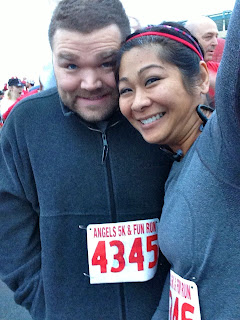 i never knew the angels had a mascot aside from the rally monkey, but this guy was perched at the start line, waving at everyone as we began our 3.1 miles. 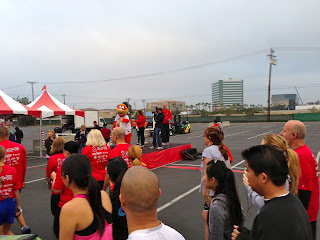 it was so crowded, with the usual walls of people who just can't seem to grasp the concept of walking no more than two abreast.  we managed to stay together for the first mile or so, and then i lost him as we tried to maneuver our way around the hordes of fellow racers. 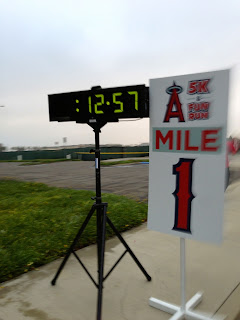 the course had some pretty decent inclines, and i tried my best to continue to keep up at least a jogging pace.  by the time i reached the second mile marker, i was pooped and my shins and arches were killing me. 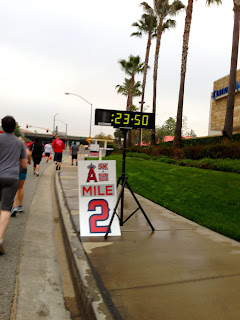 those aches and pains, by the way, are most definitely not a good thing.  that's usually the first sign that my shoes are worn out and need to be replaced.  i'd felt it during my last couple of runs, but had hoped it was just because i was tired at the time.  now, normally this would be cause for celebration - woohoo, time to go shoe shopping! - but this time...not so much.  and why?  well, because i have the hollywood half marathon coming up this weekend.  so now i'm faced with quite a conundrum.  do i suck it up and wear these shoes, risking possible injury and definite soreness for days, or do i forge ahead with the shopping, wear them for at least one test run and hope that's enough to break them in for the half?  decisions, decisions.

so anyway, back to the race.  it didn't take too tremendously long before i found myself heading back towards the stadium to run triumphantly through it. 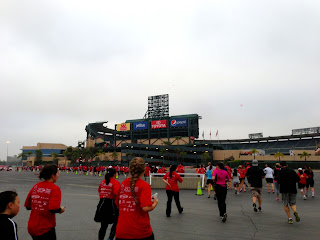 except that i didn't want to do it without the hub.  after all, we'd started this thing together - i sure wasn't going to do the fun part solo!  so i stopped near the entrance and scanned the crowd, looking for him. 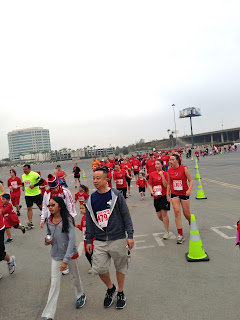 together we scurried down the ramp and through the tunnel. 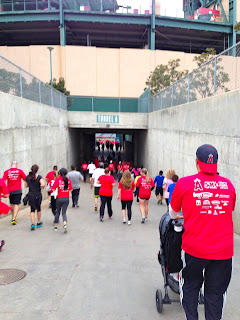 man, we couldn't have run through this if we'd tried.  there were so many people stopped here and there, taking pictures and just hanging out.  i mean, i get it.  it's cool as hell to be down there when you're used to being up in the stands somewhere. 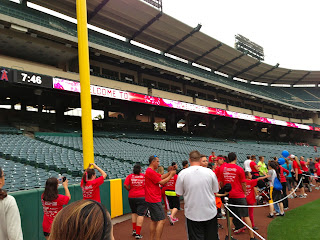 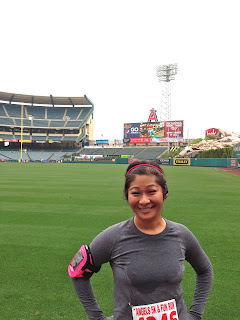 when i was waiting for the hub outside, my friend nessdogg spotted me and waved a hello.  i caught up to her and managed to snap this: 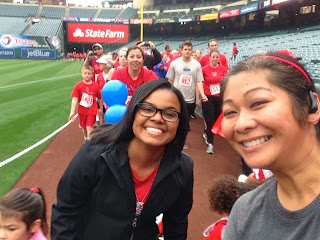 more shots from the inside. 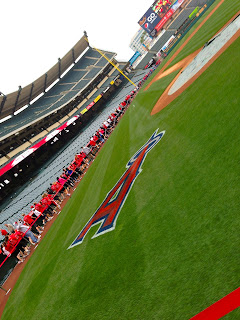 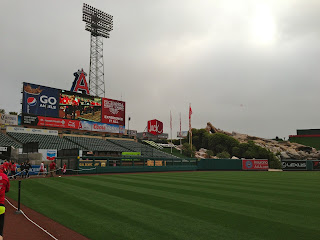 as we exited the stadium, the mile 3 marker gave us a kick in the ass and we picked up the pace. 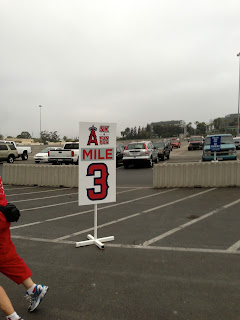 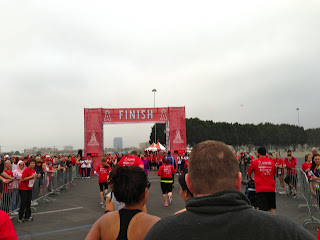 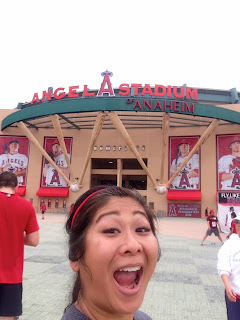 the hub's next appearance at a race is coming in a couple of weeks.  in fact, the bean is going to be all up in the mix too.  the mud run she begged me to sign her up for is almost here, and i'm really excited to see how it all turns out.

Email ThisBlogThis!Share to TwitterShare to FacebookShare to Pinterest
Labels: running my ass off, the hub is the best