people post all kinds of stuff on facebook and twitter and instagram after yet another tragedy of some sort has touched some part of the world.  sadly, this seems to be happening all too often these days, and the bombing at the boston marathon has spurred lots and lots of memes and tributes and quotes and things.  this one is my favorite, though: 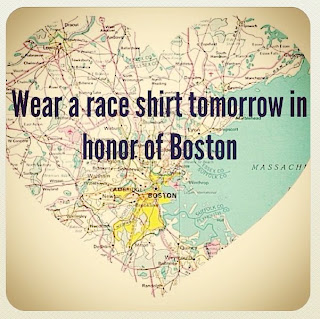 i suppose to some people, this seems silly and pointless.  after all, what can wearing a race shirt really do?  well, to a lot of folks, it was a small way to show support and love to the running community.  and so because there's not really much else i could do, i did this. 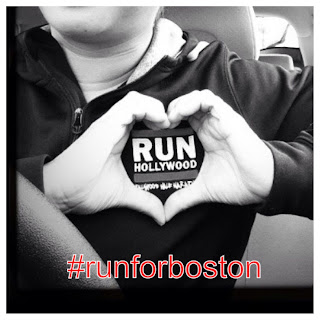 i wasn't really planning on going out for a run yesterday, because i already had a fitness class in the morning.  but when i got home from class, i just felt compelled to head out for just a couple of miles.  i hadn't really gone out for a run since finishing the half almost ten days ago, and it felt good to get out there and send thoughts and prayers to boston as i jogged along.  and as for my race shirt?  i chose a happy one: 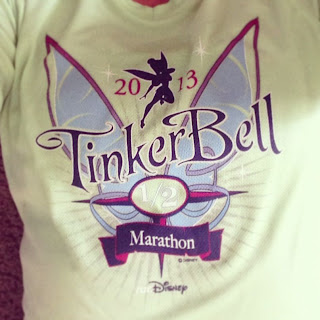 a full marathon is 26.2 miles - not a distance i think i'll ever really want to tackle.  so i pushed the decimal point a bit to the left and did this. 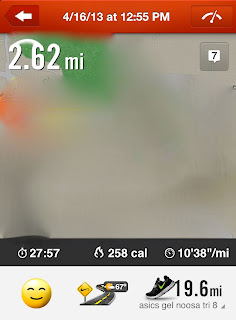 after i hopped in the shower and got cleaned up, i put this on: 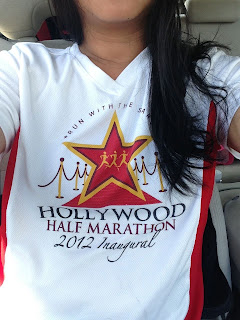 continued prayers and love to boston.  i hope those who were injured heal quickly, and for those who had to witness the terror of the day, peace.
at April 17, 2013