they put the "grrrrr" in grilled cheese

did you know that national grilled cheese day was last week?  well, now you do.  pretty important, huh?

well, it is to some.  actually, it seems that it's rather important to a fairly big group of folks, judging from the number of participants and attendees of the annual grilled cheese invitational.  whether you're an amateur or a pro chef, if you love grilled cheese and aren't afraid to show it, you're eligible to compete for the title of "grilled cheese champion."  i'm not even kidding here.  this shit is serious - there's a long list of rules for both competitors and judges.  and this year, it was on 4/20.  heh.

i'd seen via twitter that they were looking for volunteers to come out and help at this event, both on the day of and in the days leading to it.  well, hey - i love cheese.  and i love helping out.  so i showed it to the teen, who decided that it sounded like something fun to do, and we signed up to help assemble competitor's kits and whatnot on the thursday before the big competition.

we'd never heard of the los angeles center studios in downtown l.a., but it looks pretty cool.  it's a full-service studio spread out over 20 acres, with several large sound stages, enclosed city streets, a ton of rooms set up for shooting all sorts of different scenes.  we were curious as to what we'd see when we arrived. 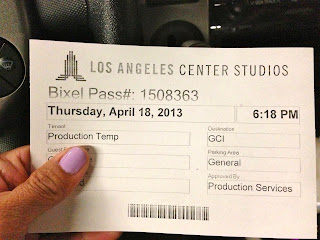 now, i like to think of myself as a relatively intelligent individual.  but i was totally questioning myself as we stood in front of the elevator, trying to figure out how in the hell to get the damn thing to work for us. 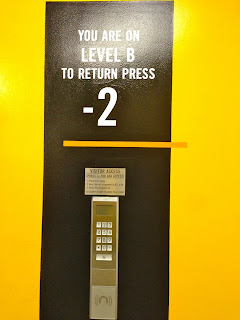 after a few minutes, one of the doors finally opened and we got in.  and then i got confused all over again because there were no buttons to push inside. 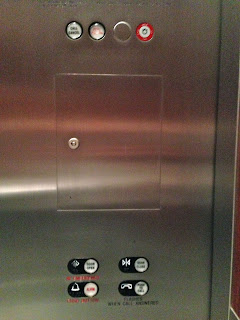 not to worry.  the doors closed and whisked us up to the main lobby.  no chance of getting off at the wrong floor here. 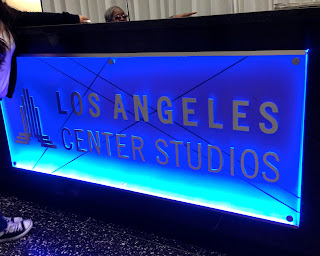 after checking in with the front desk, it wasn't hard to find where we needed to be. 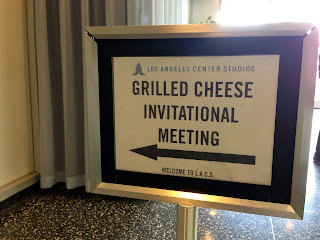 that arrow pointed us to this: 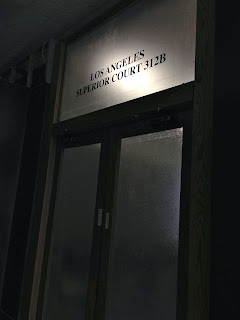 and then we snickered at this. 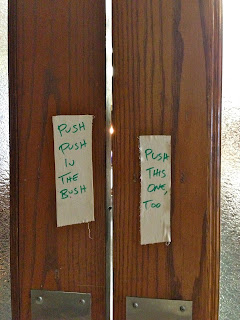 it looked like any old courtroom in there.  kind of amusing. 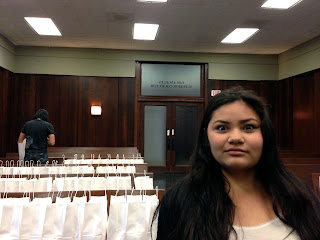 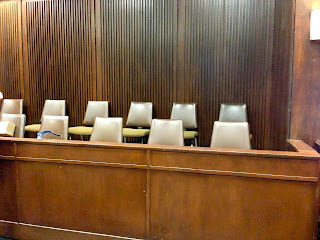 there were already a handful of people there, working away.  it took us a little while to figure out who we were supposed to report to, and then we kind of just stood around waiting for instructions.  it seemed really unorganized and no one really took notice of us, which was pretty frustrating.  a few more people arrived and were greeted warmly by the others, and it looked like there were too many people and not enough tasks to complete.  i felt like we were basically begging to be put to work, and finally we were asked to move some boxes from one room to the next.  when that was done - maybe five minutes later - they had us open and unpack them, which turned out to be the winners' trophies for the event. 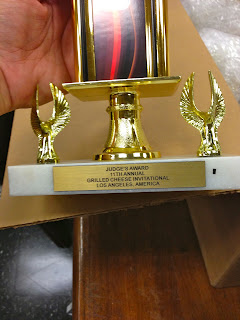 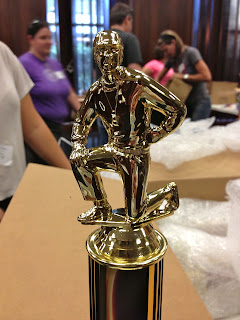 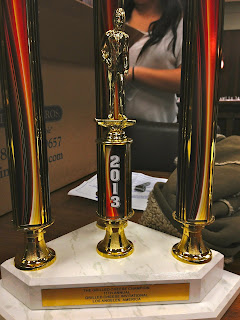 all the while, there were a couple of guys who were sitting on their asses in the "jury box" right next to us.  they sipped on sodas and shot the shit while they watched us work.  i ignored them while we just kept doing what we were doing, and later the teen told me that she'd overheard part of their conversation.  one of them had said (while gesturing in my direction) something like "oh, i like her, she doesn't talk much."  and then later, a discussion about how asians have small hands, thus managing to complete a lot of work in a short amount of time.  what in the actual fuck.  they're lucky i hadn't actually heard them say that shit myself.

there were a few busy bees who were putting together about 150 competitor's kits, which included all the goods needed to assemble grilled cheese perfection. 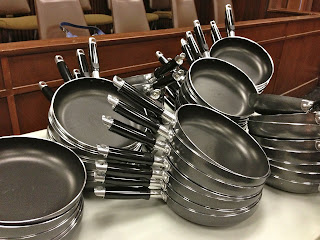 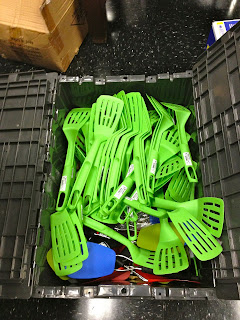 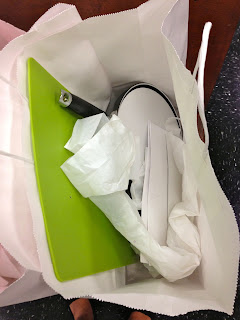 after all of the trophies had been unpacked, we kind of stood around doing nothing again for awhile.  the teen got tired of it and took a seat. 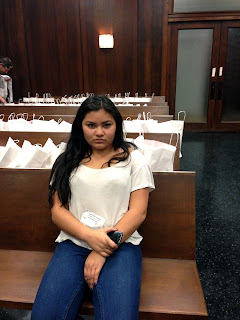 you know, i have a lot of patience.  and i'm really willing to lend a hand whenever help is needed.  but this?  this was ridiculous.  after a few more minutes of standing around and being ignored, i had had it.  i picked up my purse and we sashayed right out of there without bothering to say a word to anyone.  we were so annoyed at having driven all the way downtown and wasting a perfectly good evening, and so we decided to reward ourselves here: 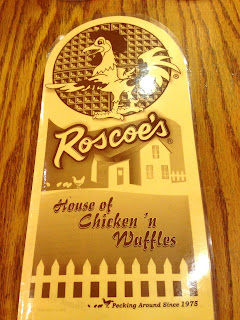 the hell with grilled cheese.  this is WAY more full of win. 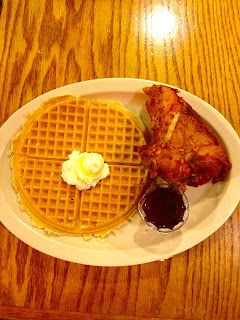 this experience won't put a damper on my willingness to volunteer for things, but i can tell you this:  there's no way we'll ever have anything to do with this grilled cheese invitational business ever again.  that's for damn sure.
at April 25, 2013

Email ThisBlogThis!Share to TwitterShare to FacebookShare to Pinterest
Labels: chicken and waffles fix everything, volunteering