last weekend, the bean and i got up early and headed out to meet up with lilcee & co. for a trip to the annual l.a. times festival of books.  the kids were super excited to hang out, since it'd been awhile since they'd seen each other.  and i was excited to check out the festival again - i hadn't been since they moved it from the UCLA campus to its rival - USC (which also happens to be lilcee's alma mater).

as i was brushing her hair out to put it up, i marveled at how long it's gotten.  i really don't get to see her with her hair down like this very often, because it tangles so easily.  that's why we're always doing braids or twists of some sort - because then it stays knot-free for the most part. 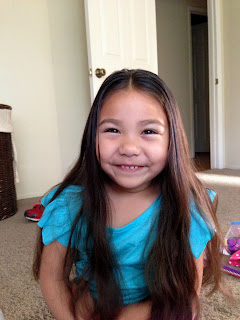 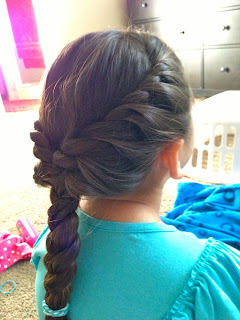 i sat in the back with the kids and was treated to a story read to me by the bean.  she read almost the whole thing all by herself, and i thought it was awesomely appropriate considering our destination. 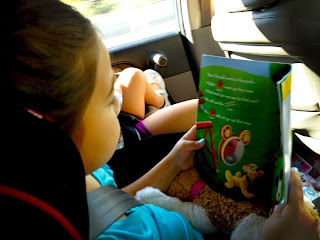 the USC campus is very pretty.  too bad it's not in the greatest of areas. 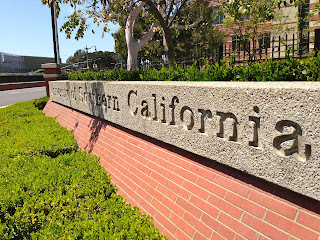 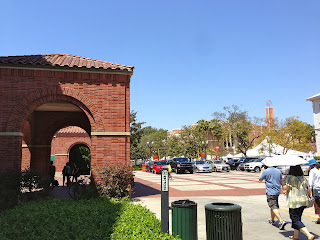 we'd somehow managed to park just across the street from campus, and even better?  as we entered the festival area, we were exactly where we wanted to be - the target children's area.  the first act of the day was disney junior's "choo choo soul," and they were already onstage doing their thing. 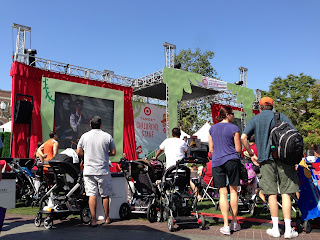 there were lots of target employees roaming the crowds with giant bags full of goodies - freeze-dried cinnamon apple slices, stickers, paper crowns, granola bars.  we happily accepted one of each, and then a photographer asked to take a picture of the girls.  the bean instantly stopped what she was doing to pose and smile, while mini cee ran in the other direction. 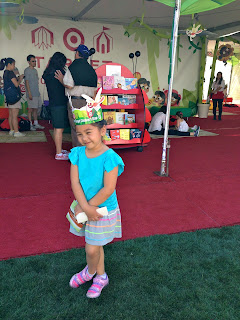 because lilcee is the most prepared person i know, she pulled all sorts of awesomeness out of her bag - a blanket to spread out onto the grass, water bottles, extra snacks.  i sat there like a dunce with my everyday handbag that held my wallet, a pack of fruit snacks, the freebies i'd just gotten from target, and chapstick.  supermom i am not.

while mr. lilcee hoisted mini cee up onto his shoulders for a better view, the bean was happy to stay on ground level and get her groove on. 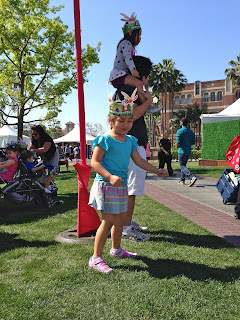 when she caught sight of other kids who were up closer to the stage, she looked at me with *those* eyes.  you know, the ones i can't deny anything.  and so i got up from my comfy spot in the shade where i was chatting with lilcee and our friend amber, who'd brought her adorable baby boy, and watched as she shimmied and did the point-in-the-air and jumped up and down. 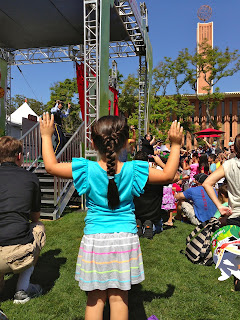 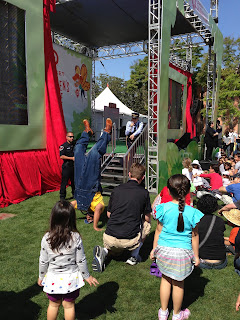 we hit up the children's bookstore tent, sponsored by target (of course) - which was awesome, because i was able to use my red card and save 5% on the books the bean decided she had to have.  reading is good, and i love that she enjoys it too.  a new book is something i'll rarely deny her, especially now that she's getting to be such a good little reader.

there was a second tent set up for the littles, full of activities and books to share and read, with lots of fun cushy things to sit on. 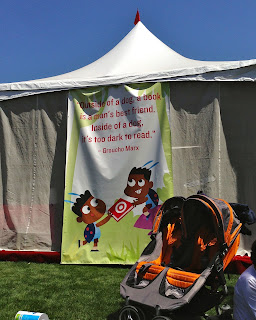 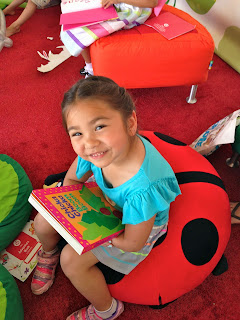 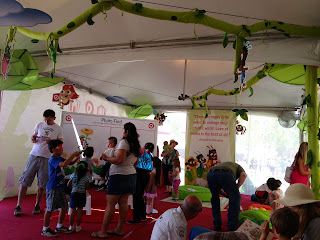 by then, it was lunch time.  we decided to walk across the street to hit up chick-fil-A (my current guilty pleasure).  except that we'd forgotten that it was sunday.  CFA is always closed on sundays, dang it.  when we walked up to the front door, there was a family standing there whose kid was completely melting down on the doormat.  "she's upset because she really wanted their nuggets and they're closed," the parents explained.  well hell, so did i.  i kind of wanted to toss myself down on the ground next to her and throw a tantrum.

instead, we came here: 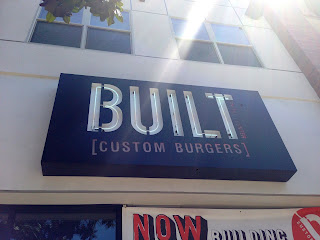 it's a quick-serve version of the counter, where you get to make your own burger, selecting every element and creating your very own masterpiece. 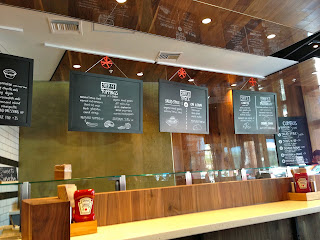 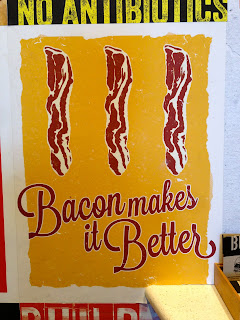 everything here is customized to your preferences - even the sodas.  this machine had so many choices, i was a little stressed out by the time i sat down.  you want coke?  regular, diet, or zero?  vanilla, cherry,  cherry vanilla, lime, orange, raspberry, lemon?  oh, you decided on lemonade?  well, do you want light or regular?  lemon, orange, raspberry, strawberry, fruit punch?  still not floating your boat?  there are a hundred other choices available.  like, literally 100+ different flavors free-flowing out of this thing.  i was so discombobulated i ended up with plain old coke after all that. 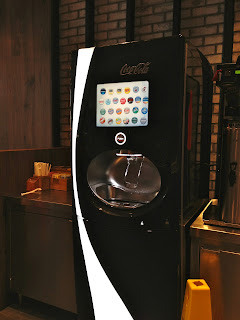 at least my burger was delicious.  i added bacon, mushrooms, and cheddar cheese to my basic patty and it was deeee-licious. to wrap things up, here's a random silly bean photo. 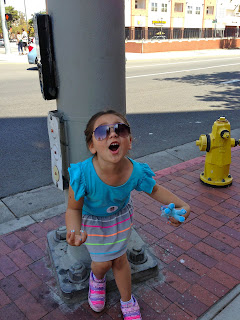 Email ThisBlogThis!Share to TwitterShare to FacebookShare to Pinterest
Labels: books are fun