when we got home from texas, we had a few days of spring break left to play with.  so where do you think we went? 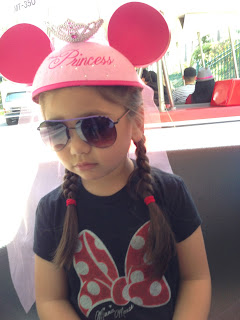 she looks pretty emo there, huh?  falling asleep in the car on the way to anaheim is never a good sign.  we had to actually talk her into getting out and heading down to the tram so we could go and have some good ol' fashioned disney fun.

best way to turn that frown upside down?  a mickey-shaped beignet, of course. 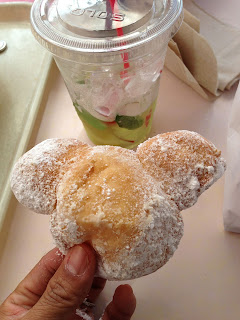 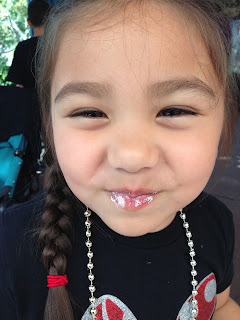 her duckface kills me.  especially when she combines it with her patented booty-shaking. 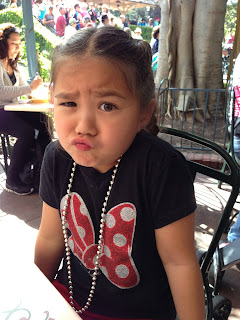 being that it was spring break for a lot of other people, it was pretty crowded at the disneyland resort that day.  i heard later that heidi klum and family were there at the same time, too.  it was a really pretty and warm day, so we decided to head to the "rivers of america" and do a little canoeing. 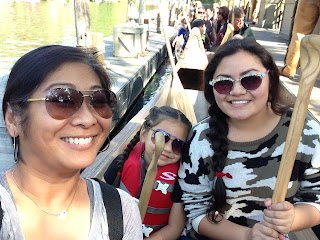 crossing over to california adventure, we rode a couple of rides and then decided to check out the arcade.  it was pretty funny watching the bean play whack-a-mole for the first time. 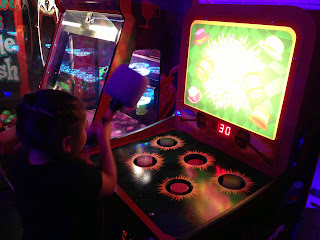 it wore her out. 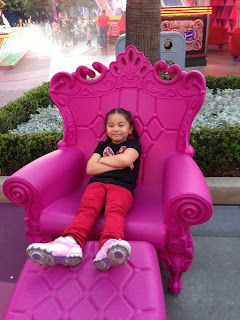