do you like spaghetti-o's?  i love 'em.  the others in my family, not as much as me.  but when i found this recipe for "grown-up spaghetti-o's" via twitter, i had to give it a shot.  plus, it was a super easy recipe using things i already had in the kitchen and i was feeling extra lazy about cooking that night (as i seem to be every night lately, oy vey).

when the most arduous task in a recipe is cooking pasta, you know it's gonna be a winner.  as is the inclusion of a full stick of butter (although the next time i make this - and there will be a next time - i'll likely cut down on that part, as crazy as that sounds).  all you do is mix everything together, top it with shredded cheddar, and cover it till it heats through and melts the cheese. 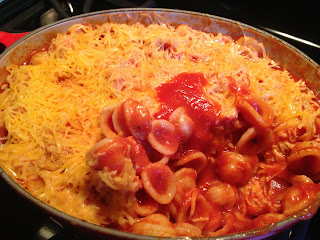 the ingredient list was almost embarrassingly simple and short, and yet it came out SO good.  this stuff was dee-lish-us, people.  you must try it, stat.  and yes, i used oriecchette, which we like to call "mickey mouse ears" instead of round pasta.  it held the sauce nicely. 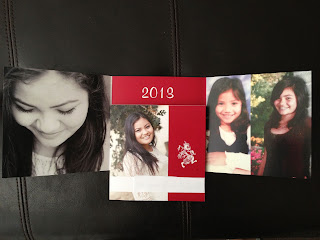 and just for fun, here's the bean with a mustache. 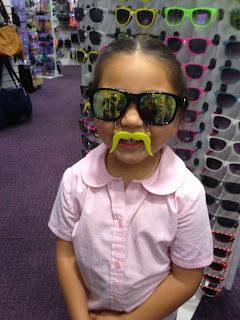