being part of the running community is still a relatively new thing for me, and not something i really ever imagined.  i mean, yeah - i've participated in a good number of races now, and have quite a few more on the calendar in the coming months.  and while i don't love training for half marathons so much (those long runs get boring, especially since my routes are so often the same from week to week), i sucked it up and registered for the costume party run, a half marathon that's part of superhero events' lineup.

now, although i typically say "never say never," the one thing i am pretty positive about is that i will never run a full marathon.  the thought of doing training runs up to 20 miles and beyond…no, thanks.  i don't want to turn something that i'm supposed to enjoy into a chore.

that doesn't mean that i didn't feel super duper inspired by the boston marathon, though.  i watched the live coverage of it online and got major goosebumps watching the winners cross the finish line, and maybe a little teary when it was an american runner who took the top honors for the first time since 1983.  that was really cool to watch.  i'm still never running a full, but i have mad respect for those who do it.

anyway, i'd asked MIL to help me find somewhere to run a virtual 5K i'd signed up for (you pay a fee, run the distance wherever you are, and a medal is mailed to you afterwards) while the marathon was taking place, and she knew exactly where to take me. 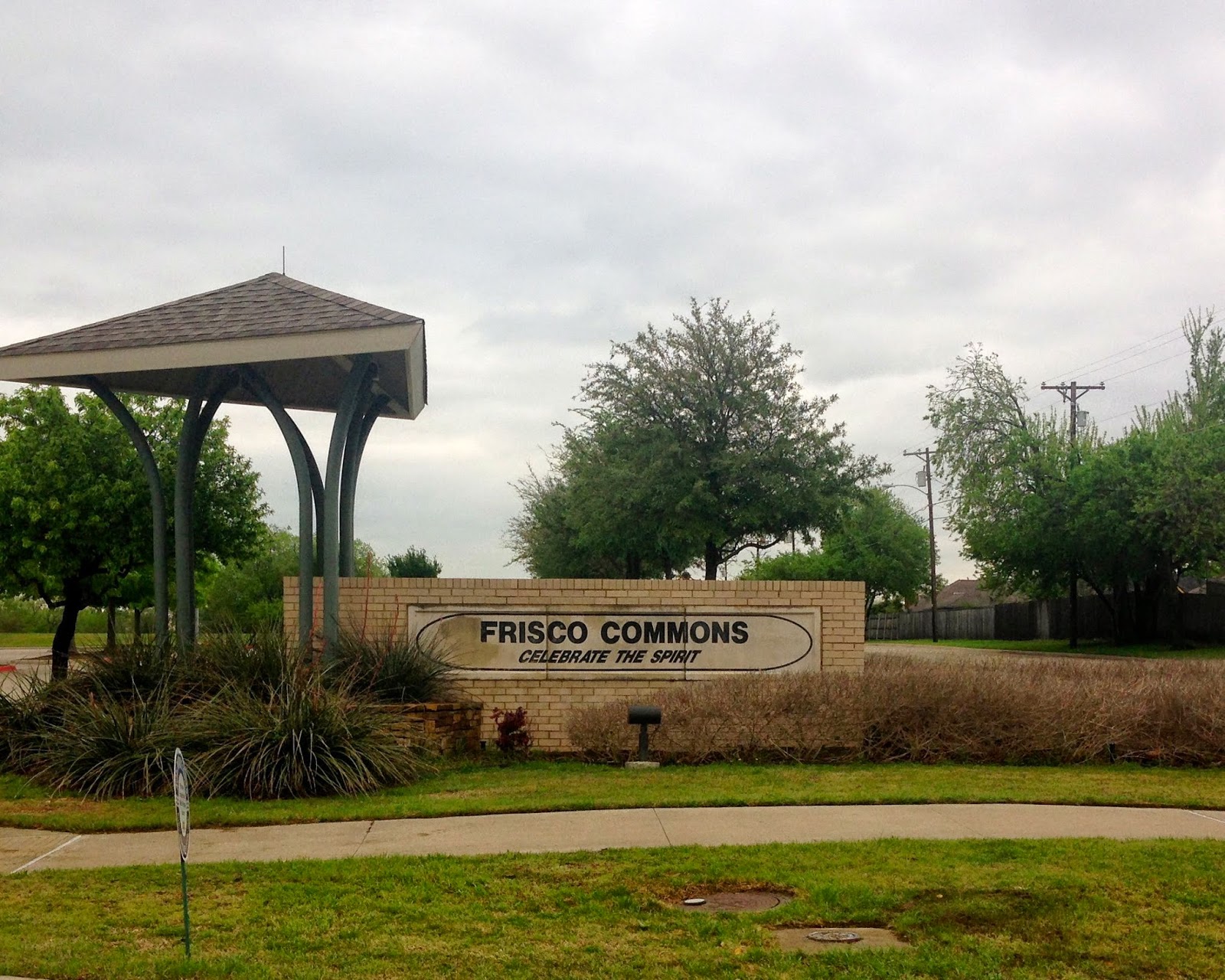 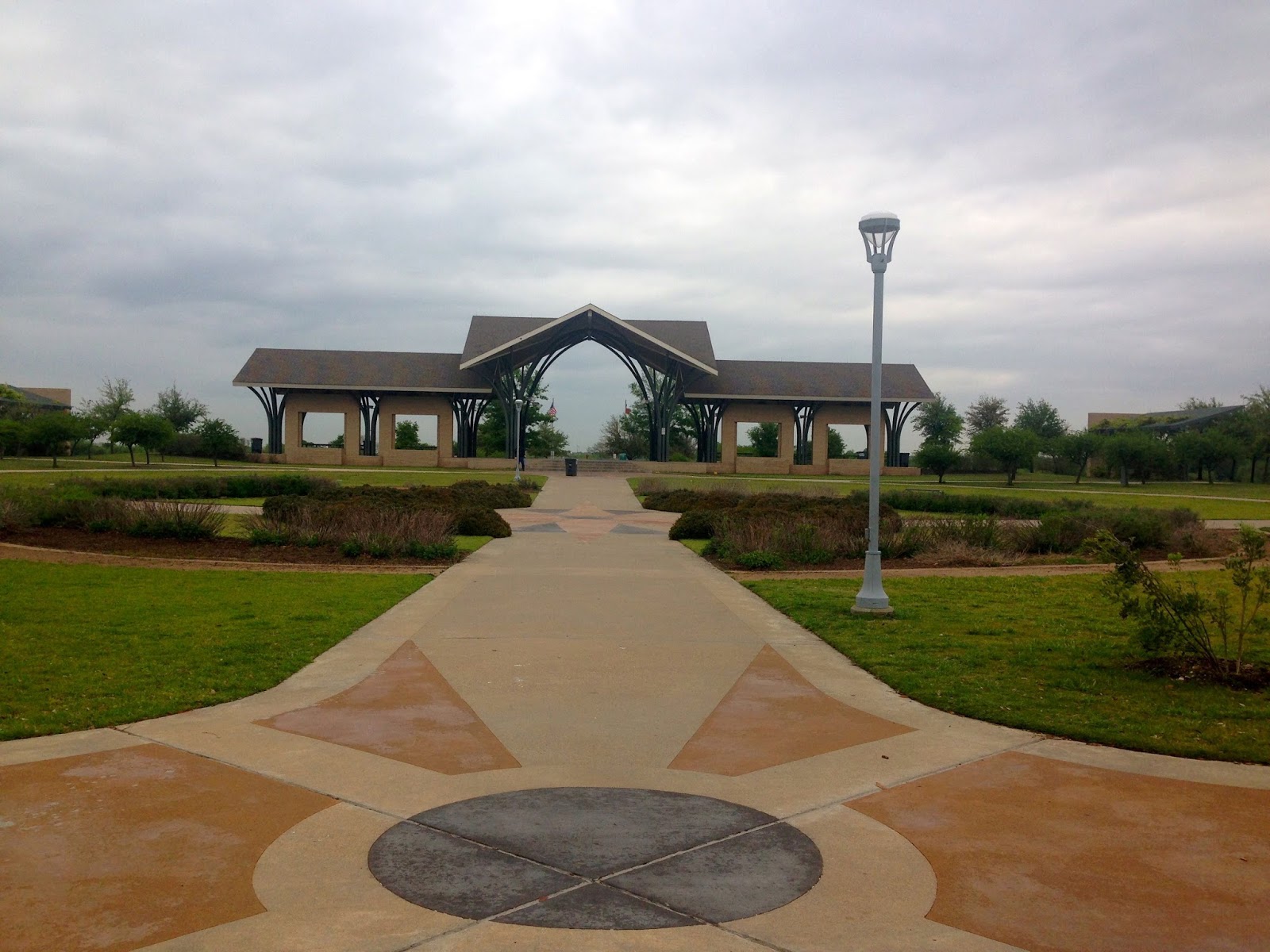 there's a paved loop around this park that she and a few buddies walk a few times a week, and each loop is 1.1 miles.  perfect.  and it's a pretty route, with lots of greenery and fountains and wooded areas. 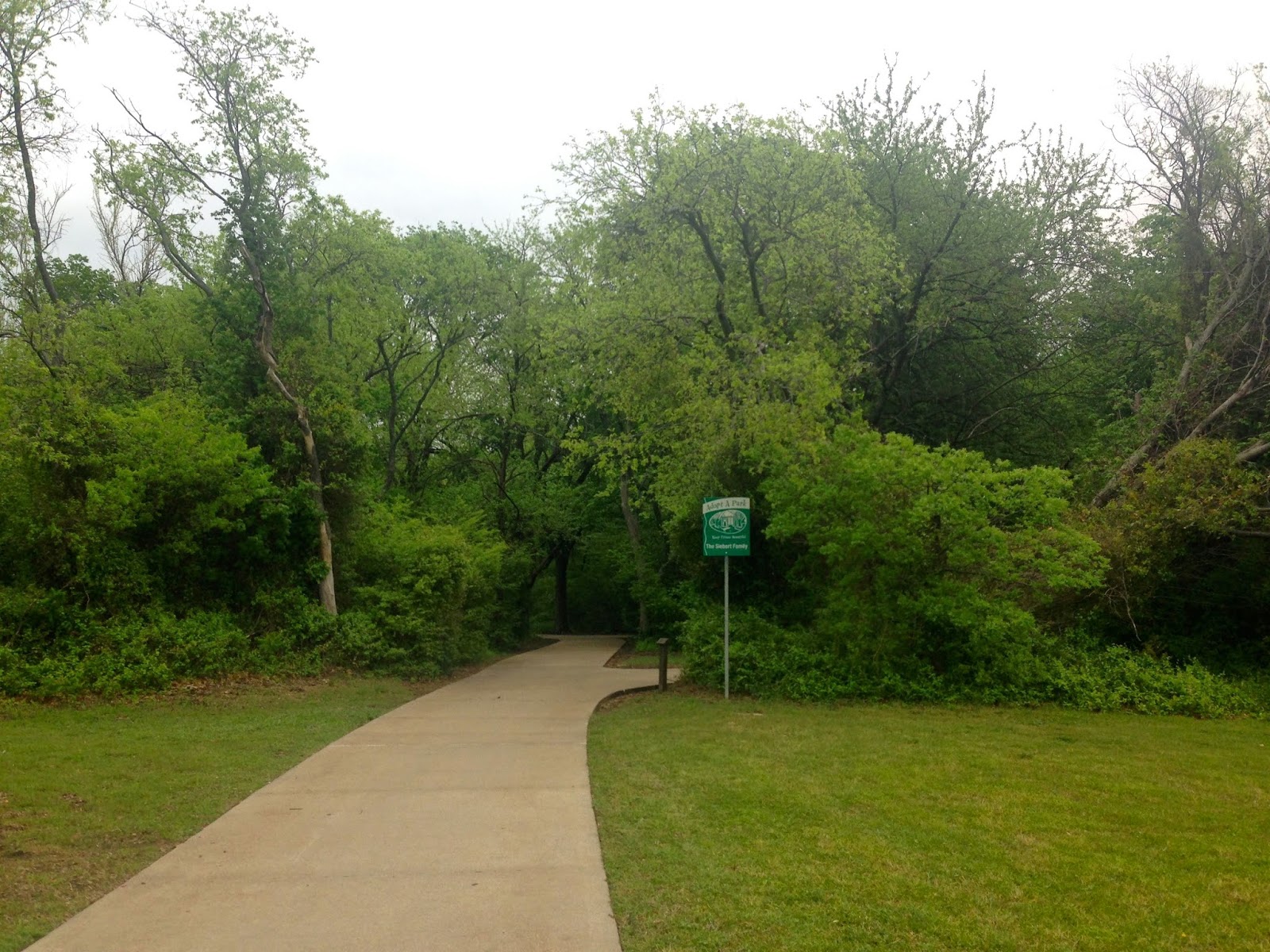 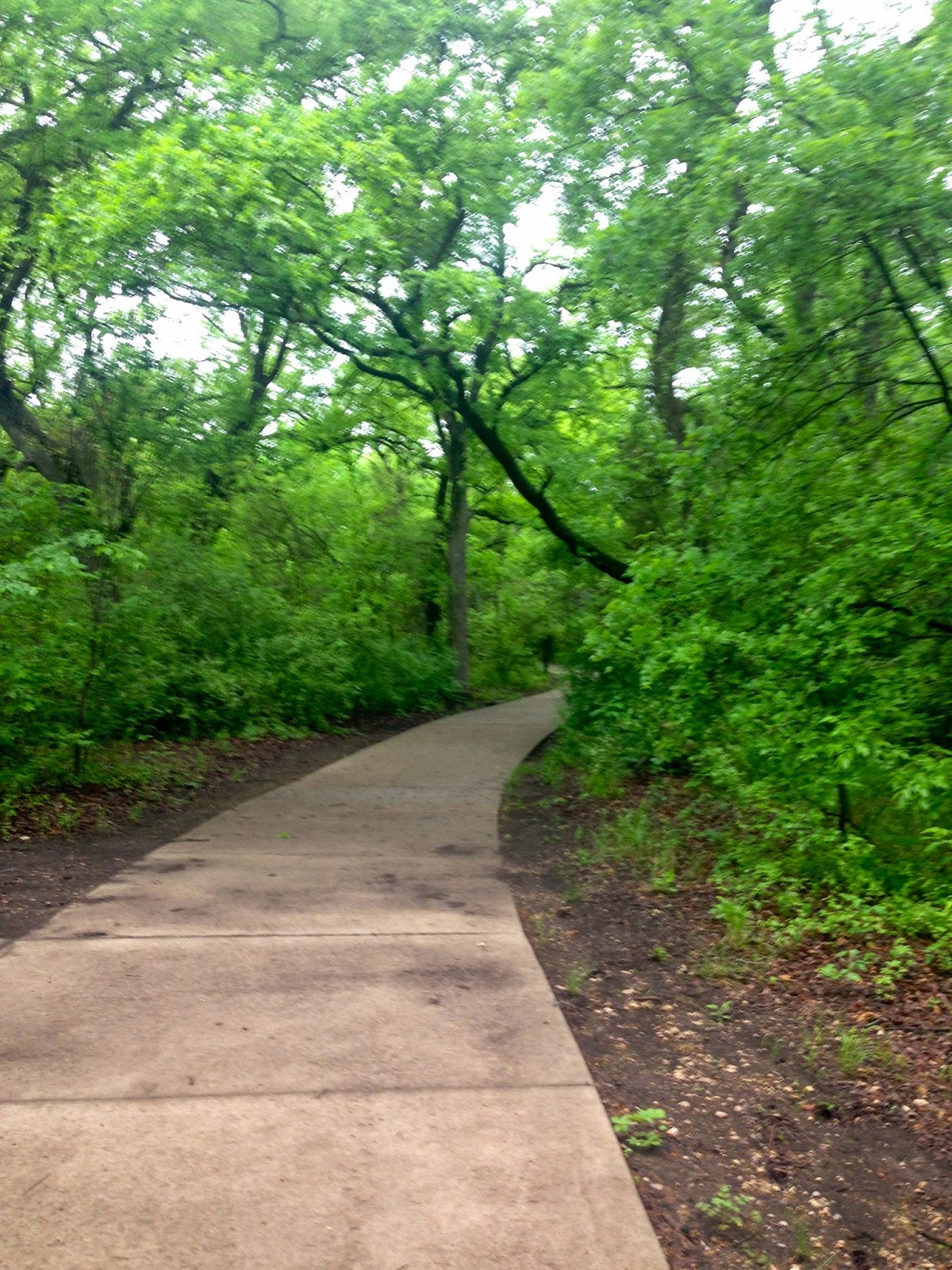 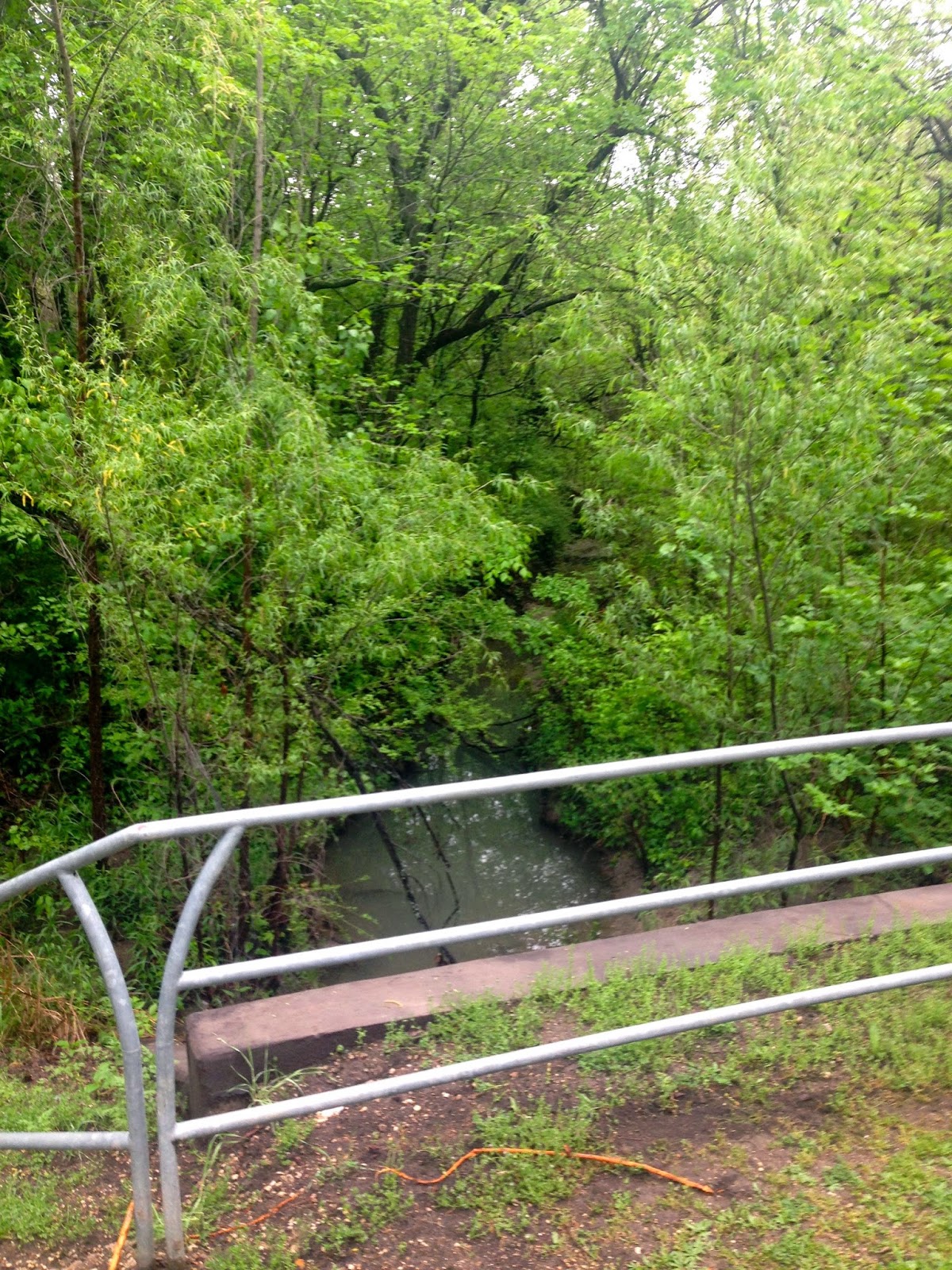 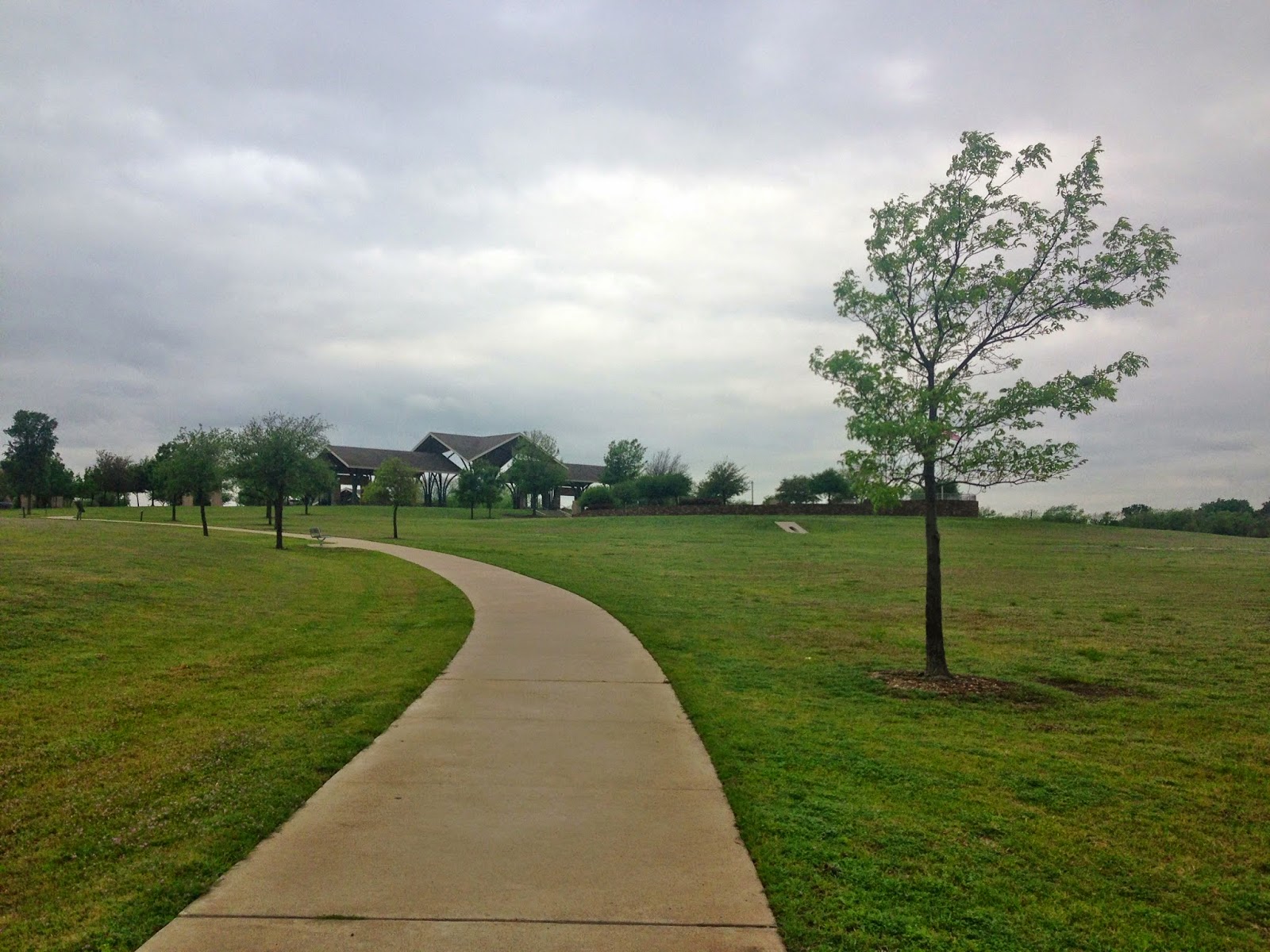 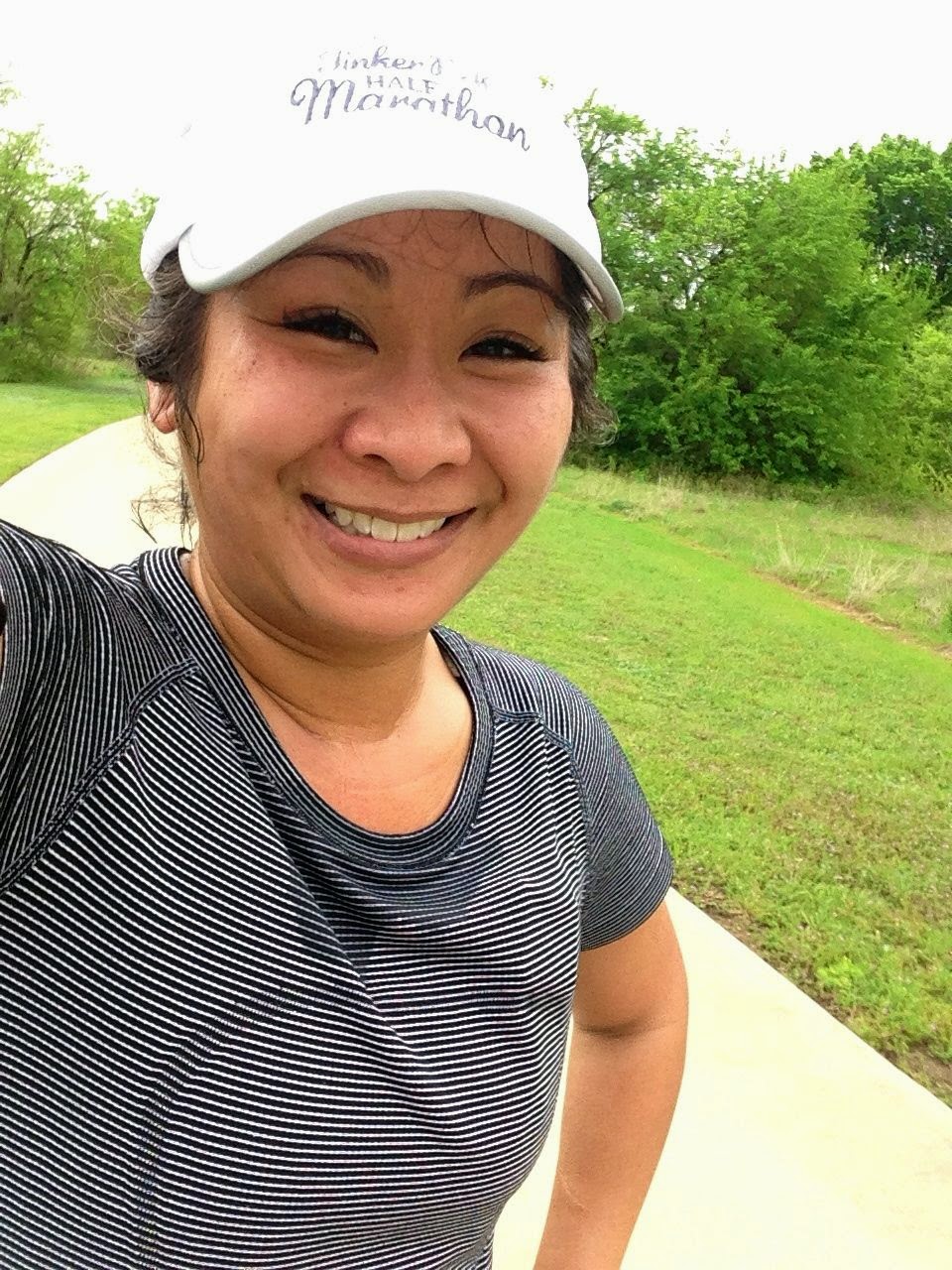 if i'd had any desire to stop and browse, i would've gotten a nice little history lesson, too. 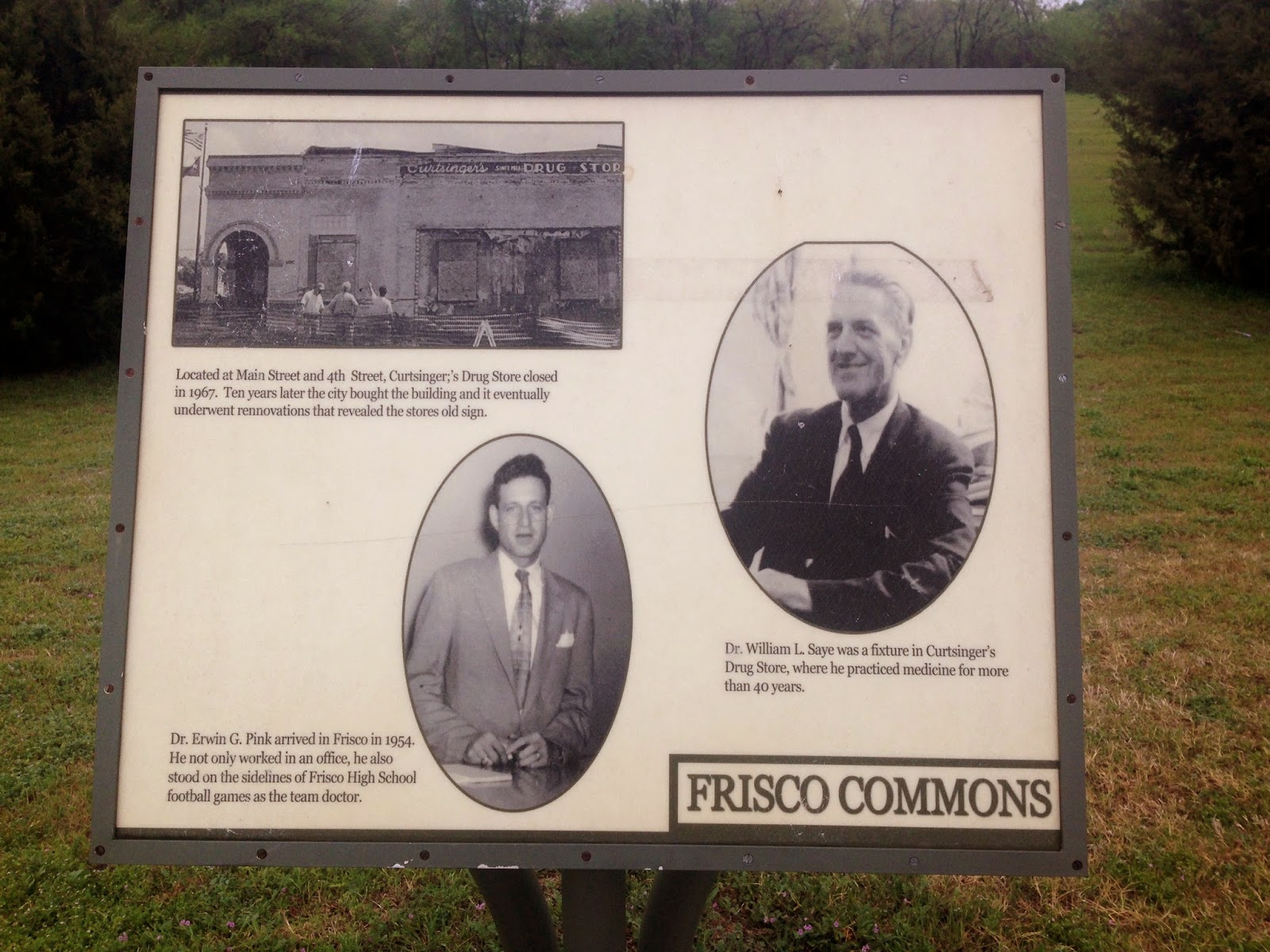 i finished off my run here, at the veterans' memorial. 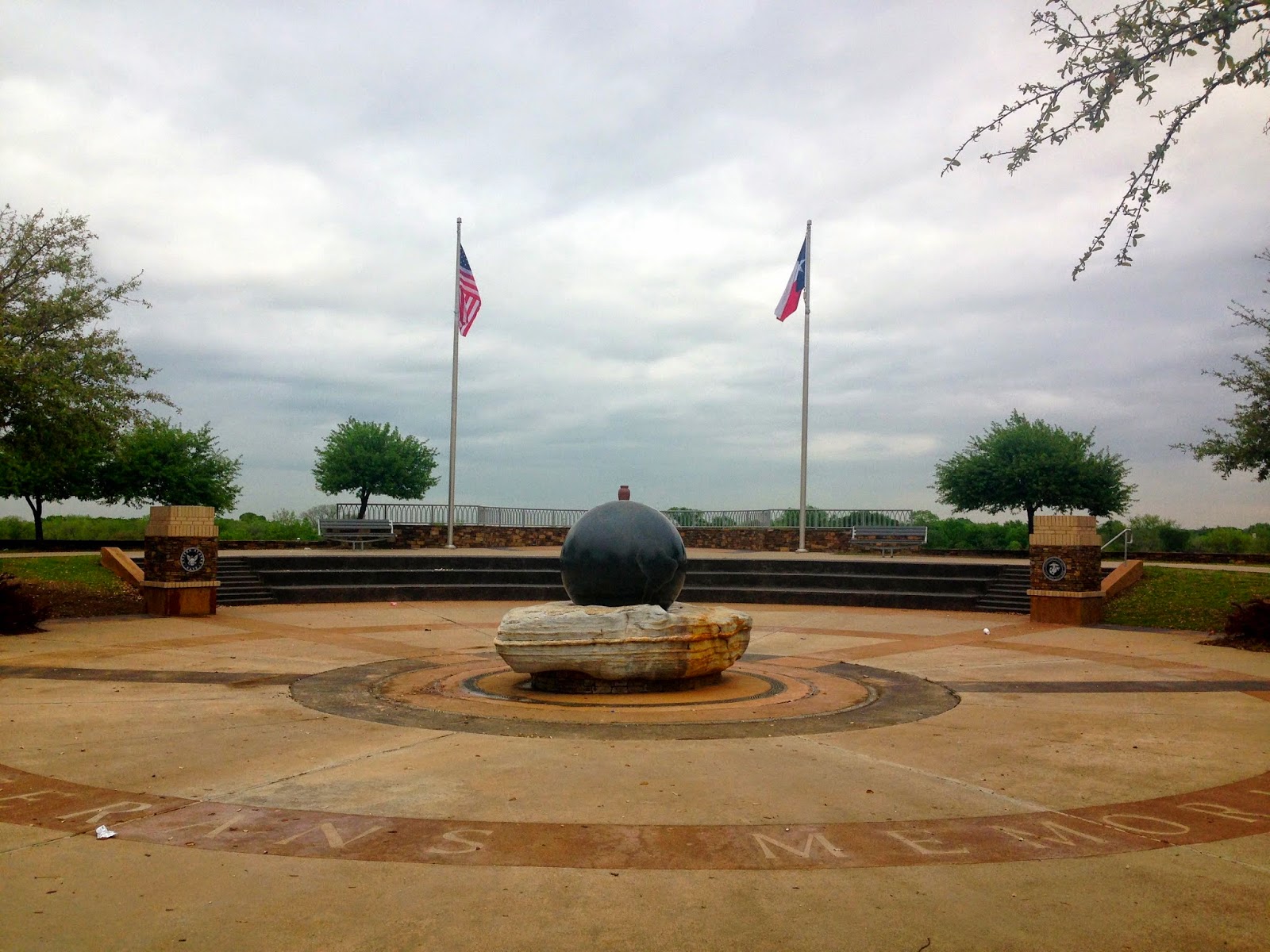 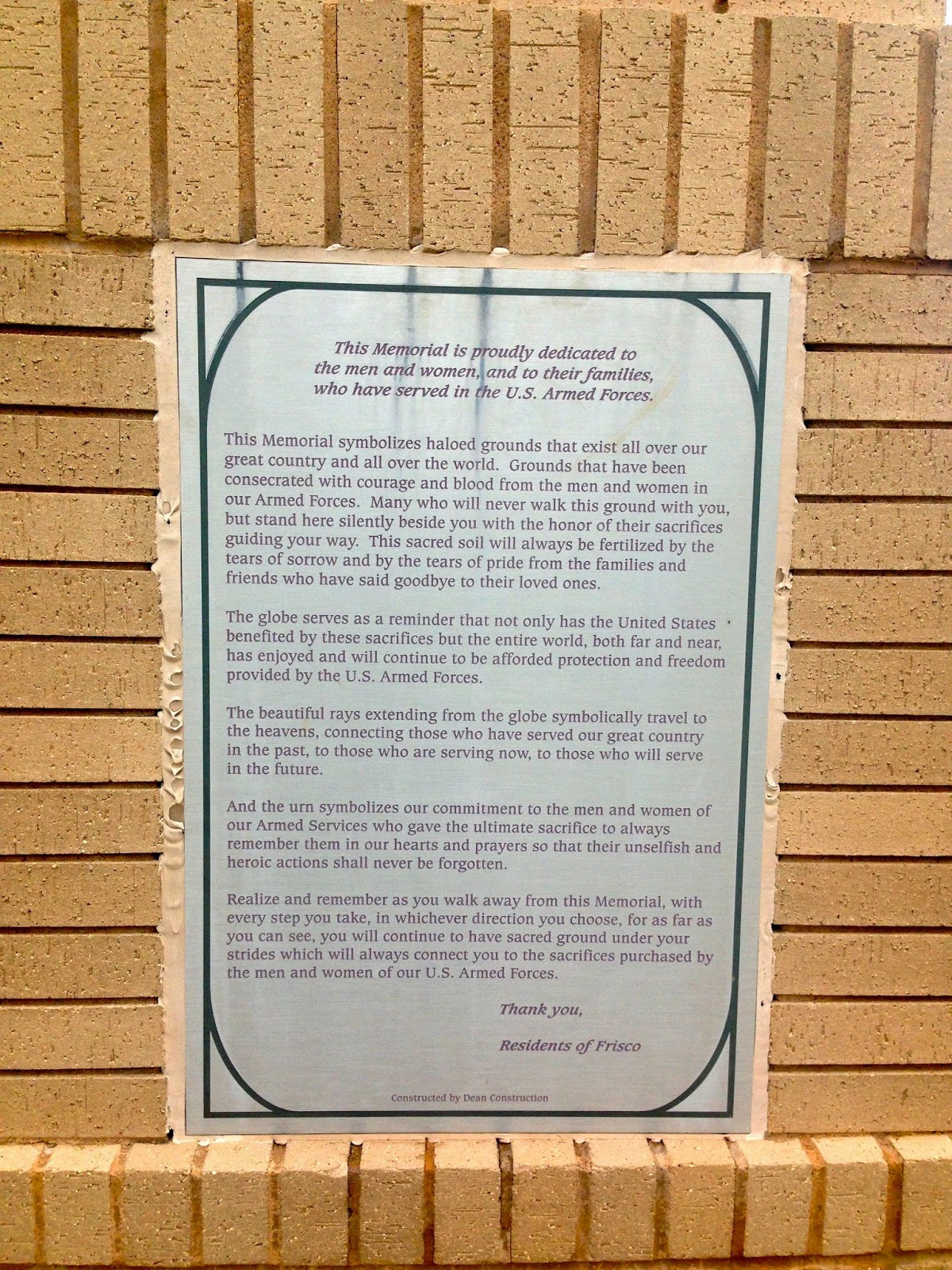 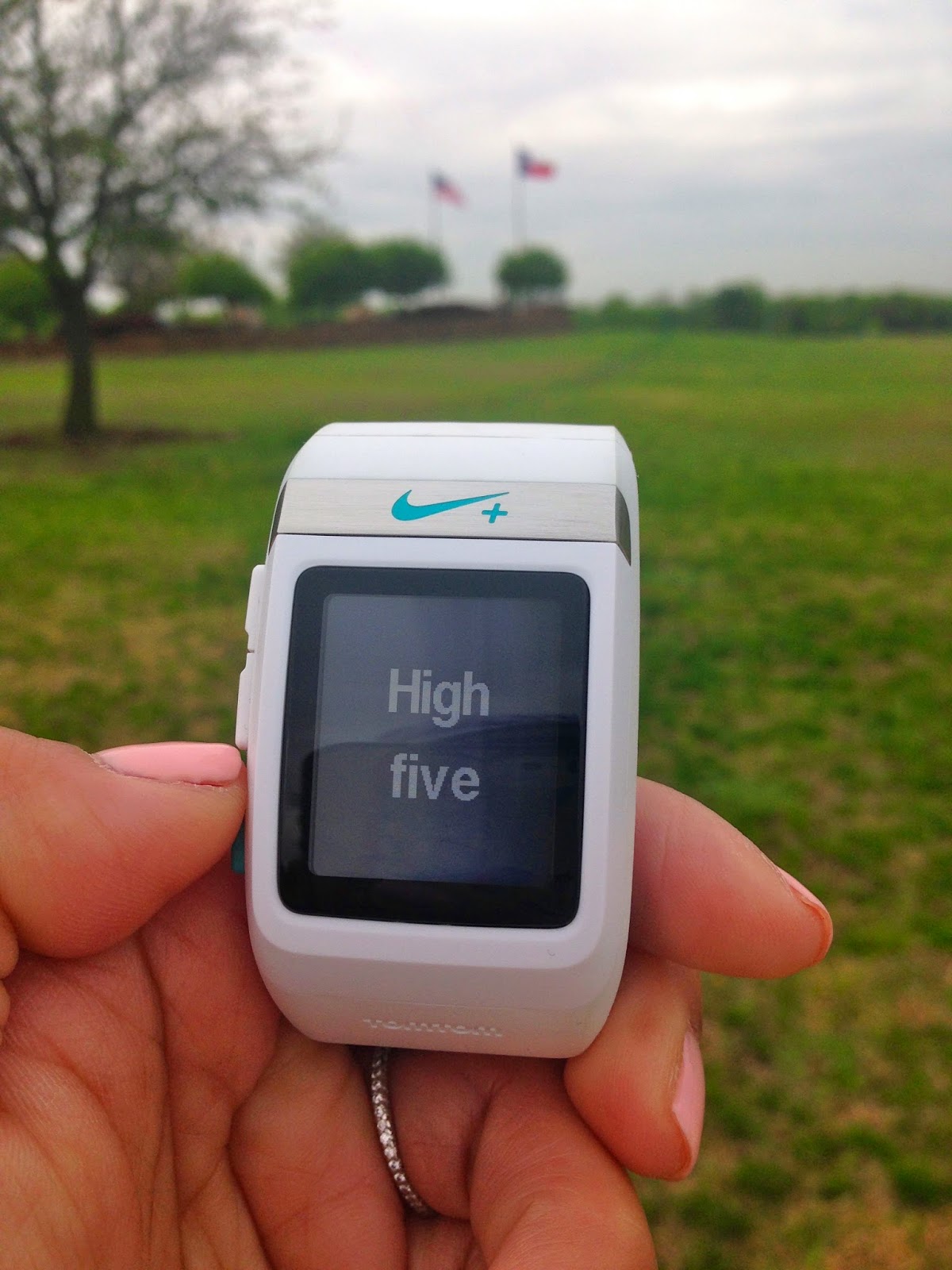 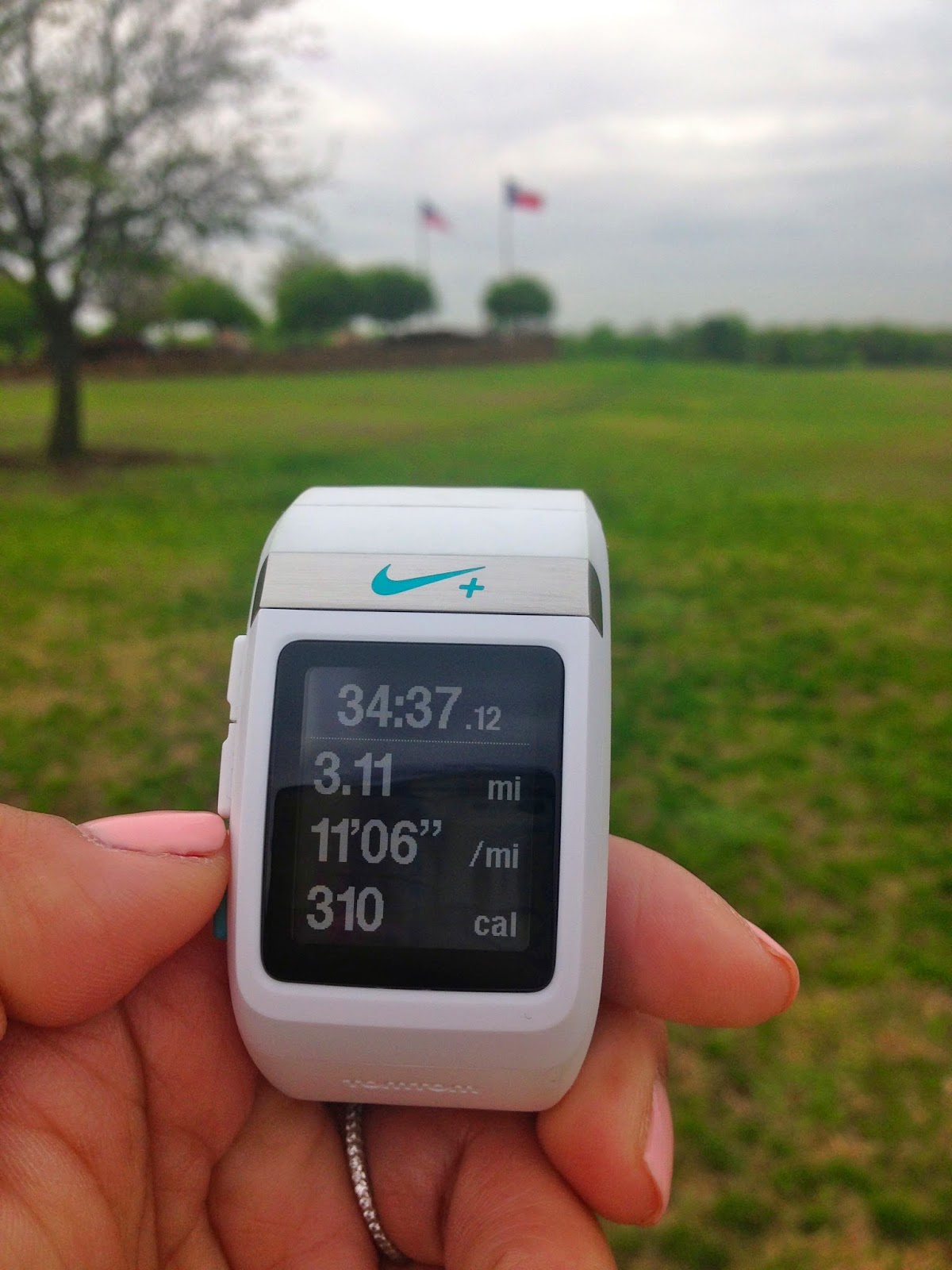 and so i wouldn't sweat all over MIL's car seats, i'd brought something to change into. 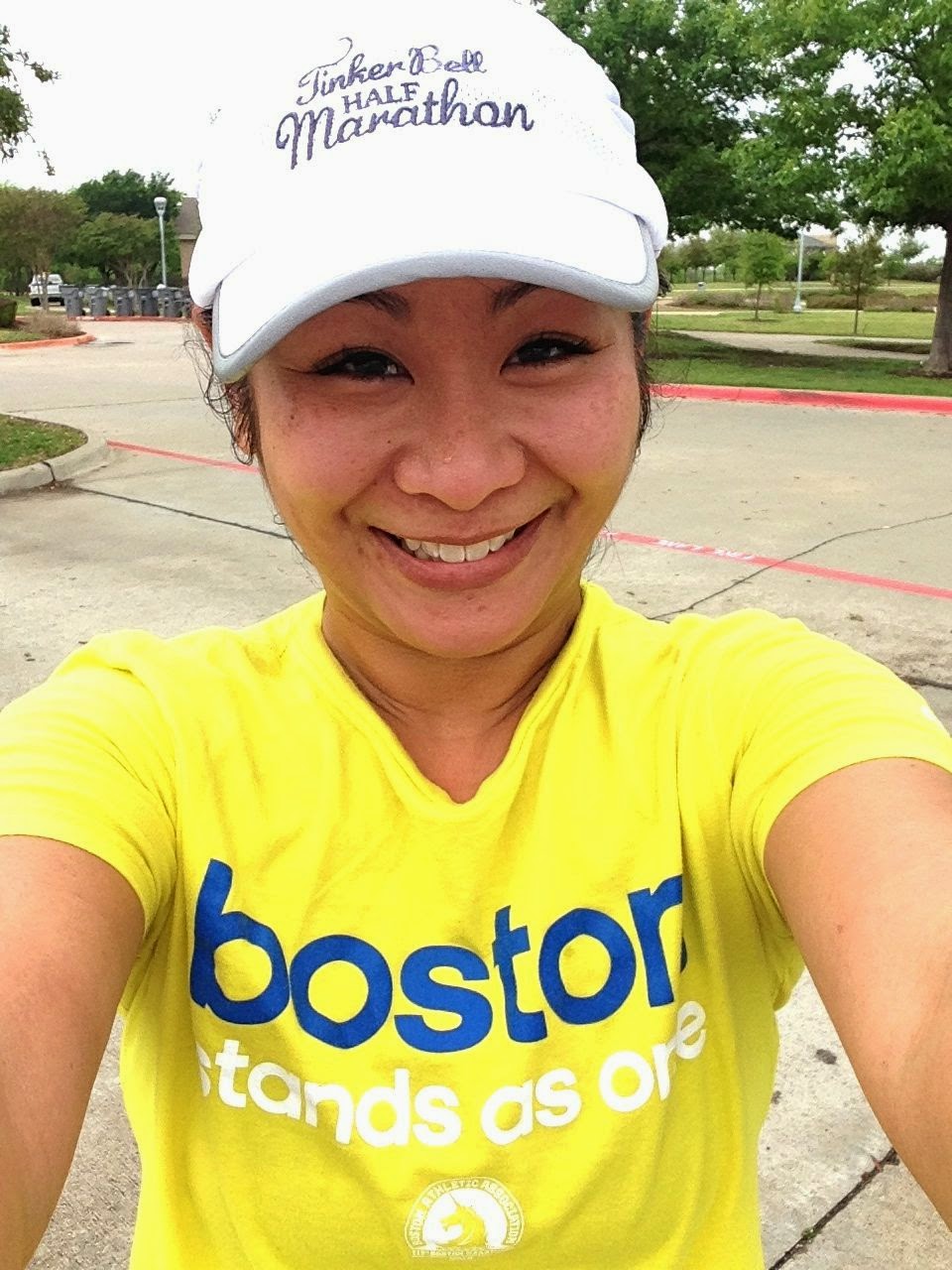 since the marathon, there have been several reports of people banditing the race.  basically, this means that they ran it without having qualified or paying the registration fees - which is pretty much the equivalent of stealing.  the registration fees cover a lot of things that a lot of people don't think about - not just water stops and finishers medals, but stuff like road closure permits, police support, insurance, timing devices, post-run festivals, donations to the charities supported by the race.  some bandits will go so far as to reproduce bibs to wear so they look like they're legit.  and most of the time they get away with it - i read that there are lots of runners thieves who consider banditing the boston marathon a tradition.  but there are at least four bandits who've had their pictures splashed all over the internet because they all wore the same number.  the woman who that number was assigned to looked up her photos and found the photos - their faces are all clear, and one of the female runners was dumb enough to wear a shirt with her name on it.  idiot.

one of the stories i read last week reported that the founder of foursquare had issued an "apology" for his wife, who ran the marathon with a fake bib.  i put "apology" in quotes, because he really wasn't sorry for what she'd done - only that she'd been busted.  they had run it last year, but she crossed the finish line just before the bombings occurred.  he wasn't able to finish, so he was granted an automatic entry for this year's race.  the story said that they really really really really wanted to run it again this year and cross the finish line together.  but because they apparently couldn't be bothered to secure a real bib for her - which could've also been accomplished with the charity program, where an entry could be guaranteed by fundraising for the charities supported by the BAA - she decided to go the chickenshit route instead.

ugh.  the moment i read this, i deleted my foursquare account and wiped the app right off of my phone. i've had a lot of fun with foursquare over the last few years, but no more.  good riddance.

Email ThisBlogThis!Share to TwitterShare to FacebookShare to Pinterest
Labels: boston strong, don't mess with texas, running my ass off