(actually, i think it was sunset. whatever)

so also as part of my team superhero duties, i volunteered to work a shift at the fitness expo. in previous years, the expo was held at the universal sheraton. this time, though, we gathered at the historic hollywood palladium for pre-race festivities. i don't think i've been here since the teen and i saw the jonas brothers here a few years ago.  aww, the memories. 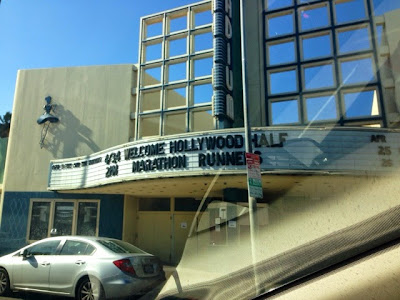 i'd been given a parking pass for a lot about half a mile away, but i had hit some traffic on my way out and arrived right on time. i pulled around back and into the lot right behind the theater, and stopped at the attendants' booth to pay for parking.

look at this picture and tell me how much you would have expected to pay: 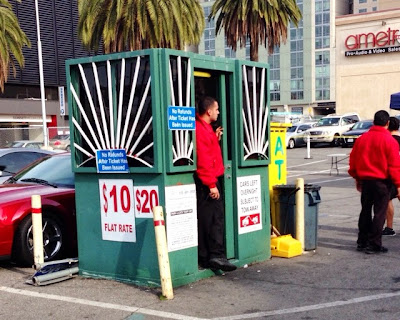 "i tell you it's $20, but okay," he griped. hmph. can you tell i'm still slightly aggravated over his poor attempt to fleece me for an extra ten bucks? i know, make like elsa and just let it go. 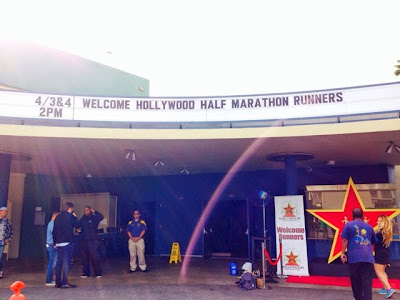 i found some fellow superheroes and snapped up some photo ops before the crowds arrived. 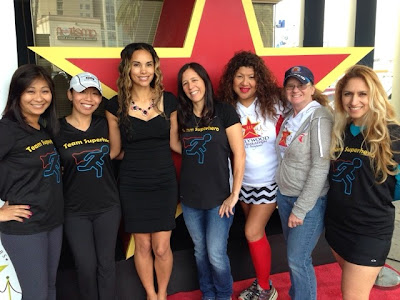 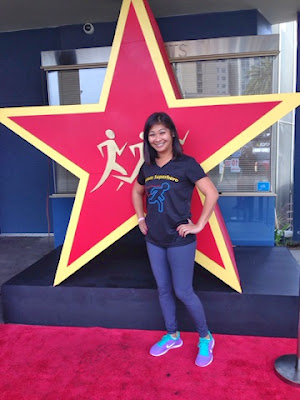 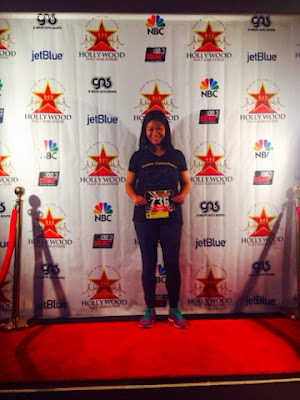 we were put to work right away, lugging boxes of race shirts upstairs. i was embarrassingly sweaty when it was all done, but what else is new, right?

as i cooled off, i checked out the vendor situation below me. 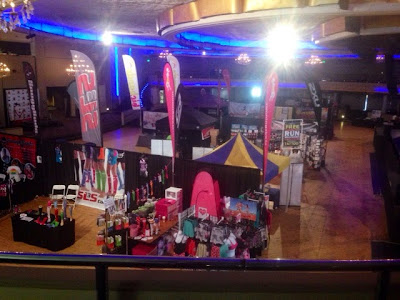 on my way back downstairs to my post, i stopped to eye the goods at the sparkle athletic booth. 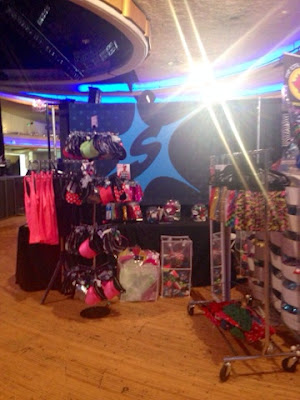 as a member of the founding legacy group, which basically means i've been running this half since the first one in 2012, i was granted access to the VIP lounge. 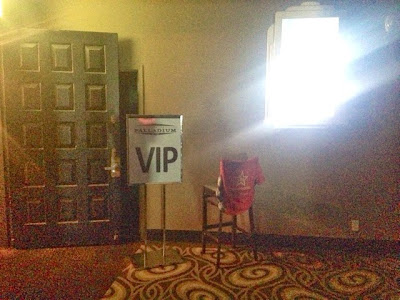 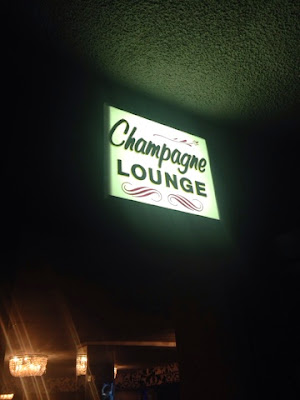 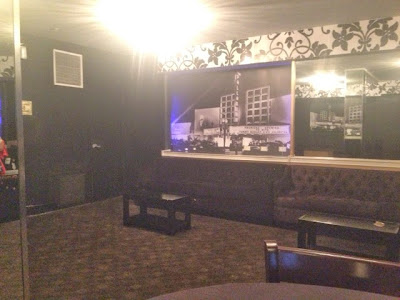 working at bib pickup is always fun. most people are excited and cheerful, and the time went by quickly. my favorite part was getting to hang out and chat with fellow team superheroes, though. we interact a lot on our facebook page throughout the year, so it was awesome to get a little face time with them too. 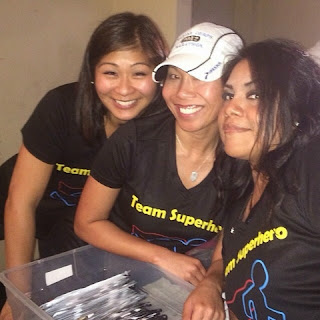 in between handing out bibs and answering questions, i put together little bundles of safety pins. people could grab them easily and not hold up the line counting out four pins per bib. 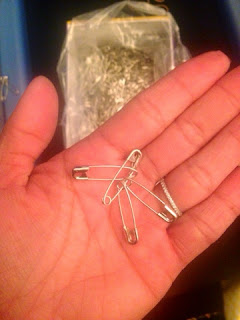 yeah, i realize that sounds absolutely stupid and pointless. but anyone who runs races on the regular will get it. folks were appreciative of my efforts, anyway.

when i was done, i headed back out into the expo to see my pal delovely details, who was working at the team sparkle booth. 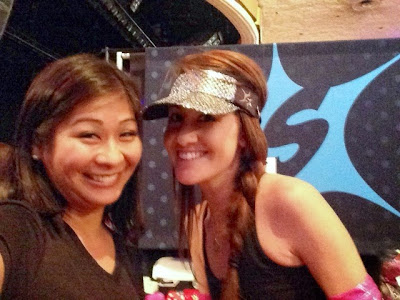 plus, it gave me a chance to chat a little with kelly, one of the sparkle athletics girls. 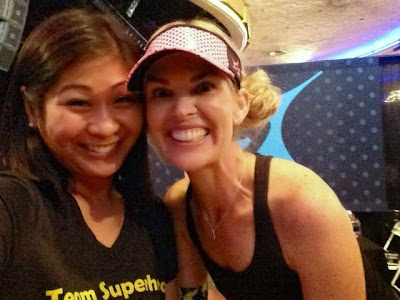 our resident MC was up on stage getting the crowd pumped up and leading them all in a group dance. 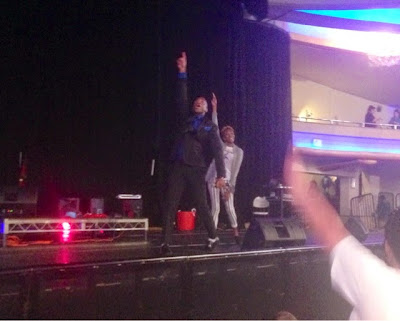 before i left the expo for good, he brought me and the other course angels who were present up on the stage to introduce us to the crowd. this was the first anyone had heard of the concept, and i'm not sure that too many people really paid attention to us up there. 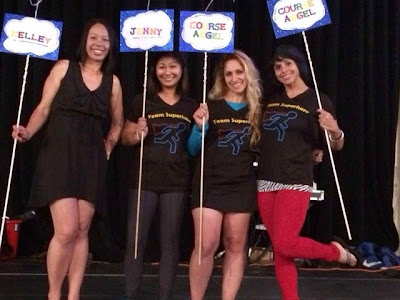 the hub and the girls had already checked in to the W hotel just around the corner. they'd just stepped out for a snack when i got there, so i sat in the hall outside our room and waited. 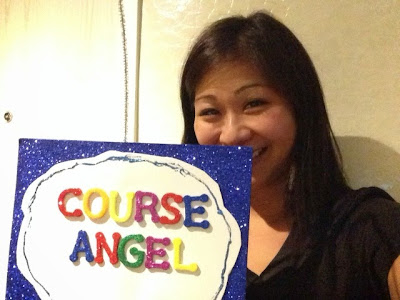 the room was just as i remembered from last year's stay. 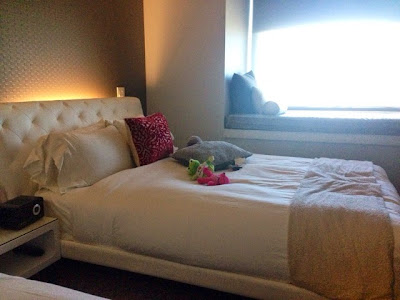 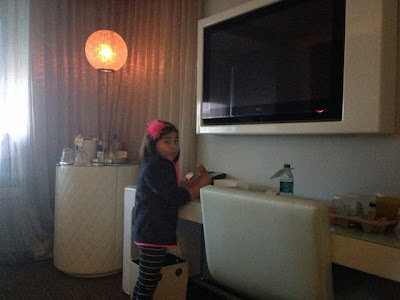 the best part of this hotel is the fabulous bundle of bliss toiletries. 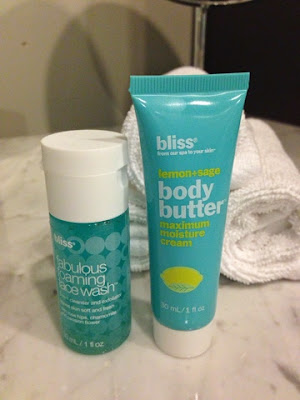 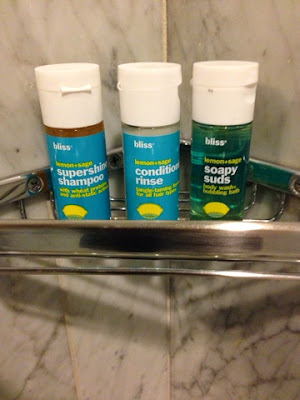 pre-race dinner was at maggiano's at the grove. the bean's meatball was almost as big as her head. 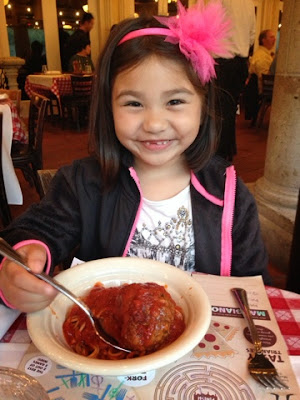 before i went to bed, i laid out all of my gear for the next morning (and got photobombed). 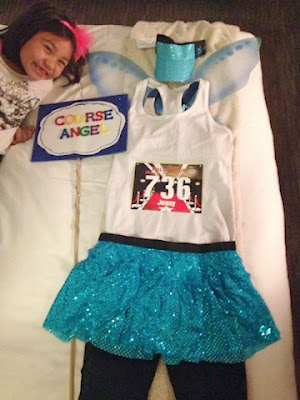 hell, that's more than i get at home. maybe i need to do more out-of-town races after all.

Email ThisBlogThis!Share to TwitterShare to FacebookShare to Pinterest
Labels: hollywood half, team superhero