what time do i go to the dentist? TOOTH-HURTY.

i had the craziest day ever yesterday.

i'd spent a good chunk of the night before tossing and turning from a toothache that i'd just noticed earlier in the day. it had begun as a quiet stinging sensation that grew into a throbbing, unbearable pain. i tried to self-medicate with advil, which held the misery at bay for a few hours, but it didn't work too well.

so as soon as my dentist's office opened for the day, i called and begged to be seen as soon as they could fit me in. luckily, they brushed off my excuses for not having come in for my regular check-up when it was due several months ago and told me to come right in.

they took one x-ray of where the pain was concentrated, and after a teeny-tiny bit of gentle chastising for not coming in sooner, i was handed a referral card and given directions to a local endodontist.

as i drove, the pain was so bad i was literally crying from it. i've never had a root canal before and didn't have any idea what it entailed really, but at that point i honestly didn't give a crap. i just wanted the pain to end. and 15 minutes later, i was sitting in a different chair. 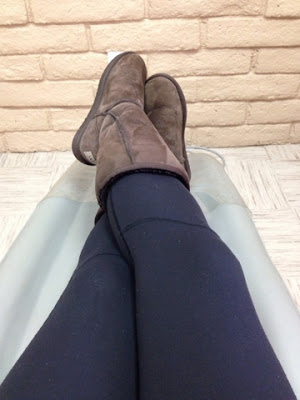 after reviewing the x-ray i'd brought from my dentist and taking one more for the endodontist to examine, he put me out of my misery and administered a good bit of local anesthesia. thankfully, the numbness took effect right away and the pain disappeared. of course, with that distraction gone, my nerves were frazzled all over again in anticipation of what was coming next. 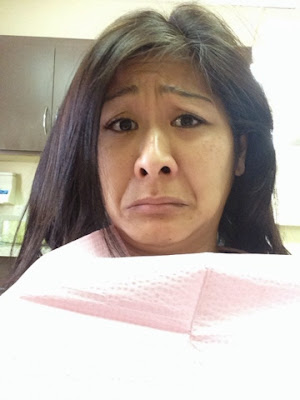 the endodontist came back and explained that he would do some deep cleaning of some issues that had been hidden by the wisdom teeth i'd had removed a few months ago. after he was done with that, he would be able to determine whether it was worth doing a root canal or simply removing the tooth.

now, although my threshold for pain is rather low in most other aspects of life, when it comes to dentistry i can handle a pretty high level of discomfort. in years past, novocaine wouldn't take effect on me and would wear off before the dentist even began whatever procedure i was in for. so i got used to just sucking it up and going without any anesthesia for most visits. i was told by more than one dentist that my tolerance for whatever together they were administering was higher than most of their patients. um, gold star for me? i guess.

i just laid back with my eyes closed, enjoying the numbness and lack of pain.  i really have more of a problem with the sound of the drilling and the weird smells that fill the air. like, it smelled like corn chips. wut? i mean, were there some freaking fritos hiding back there or something? so odd.

don't ask me why i took this. whatever...i think it's pretty funny. i look goooood. 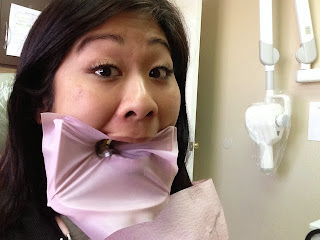 when it was all done, i managed to remember to ask if I needed to limit physical activity. after my wisdom teeth were taken out, i had to refrain from exercise for a whole week. but with the hollywood half coming up - tomorrow! - i really didn't want to have to sit it out.

happily, he said that he didn't see any problem with me running tomorrow.  he was prescribing some antibiotics and pain meds and just warned me to avoid the painkillers before the run because they'd make me drowsy. instead, he handed me these if i was in any pain: 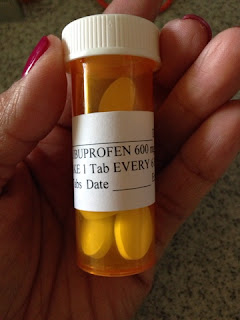 yay for fat doses of ibuprofen!

i have to go back next week to finish up the root canal-ing, but i don't care. i feel good and the pain is gone!

Email ThisBlogThis!Share to TwitterShare to FacebookShare to Pinterest
Labels: dentists aren't so scary after all